Captain Rescued 66 Hours After Falling off Bulker into Java Sea

Turkish and Indonesian authorities are reporting the remarkable rescue of a captain 66 hours after he went overboard from a large bulk carrier in the Java Sea. Other than sunburns and possibly some dehydration, the captain is in good health and preparations are underway to bring him home to Turkey.

The crew aboard the bulk carrier Quorn (178,000 dwt) reportedly discovered that the captain, Erhan Seçkal (age 40) was missing on May 2 and immediately began a search of the ship. They could not locate him in his cabin or in the common areas. Crew members told the rescue services that they believed the captain might have gone overboard as they could not locate him anywhere on the 958-foot vessel. They threw lift jackets into the sea and began a search in an area approximately 30 miles north of Bali.

Indonesian rescue teams also began a search and alerted other ships in the area. The crew of the ship was also in contact with the captain’s wife, who told them she had last heard from him early on May 2 with a text message. She took to social media in Turkey pleading for assistance from the Turkish and Indonesian governments in locating her husband.

The bulker was unable to find any signs of the captain and later resumed its voyage. The ship, which is registered in Liberia and managed by Zodiac Maritime Shipping Company,+ had departed Port Hedland, Australia on April 29 and was sailing to Vietnam. 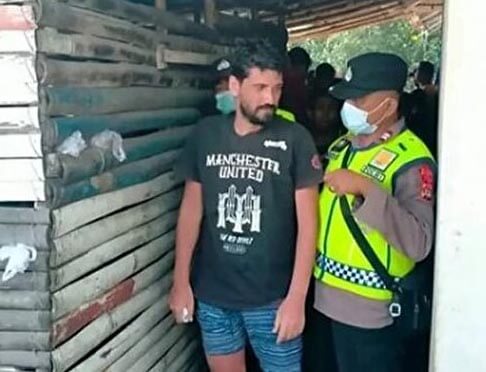 After two and a half days in the water, a fishing boat operating off Bali came across the captain clinging to a piece of wood. They recovered him and brought him to port where he was treated by doctors at the hospital and released.

The captain told the rescue authorities that he had no memory of his fall from the ship. He said he had been checking the stern of the vessel and his next memory was floating in the ocean.

Zodiac Maritime reports that it is paying the captain’s expenses and providing him a plane ticket for the trip home to Turkey.