A fire in the holds of a bulk carrier berthed at Southampton Western Docks in the U.K. on May 25 has now been extinguished.

The fire started in scrap metal loaded on the 28,000-ton Sirina and continued burning for more than 24 hours. The hold on fire contained about 7,000 tons of scrap metal.

More than 60 firefighters tackled the flames at the height of the blaze. Partner agencies such as the Environment Agency, Public Health England, Southampton City Council, the Coastguard and port agencies worked to remove the scrap from the ship.

No injuries were reported. 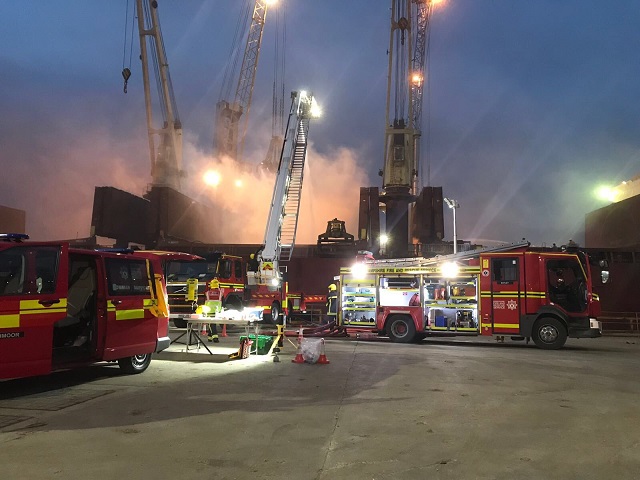 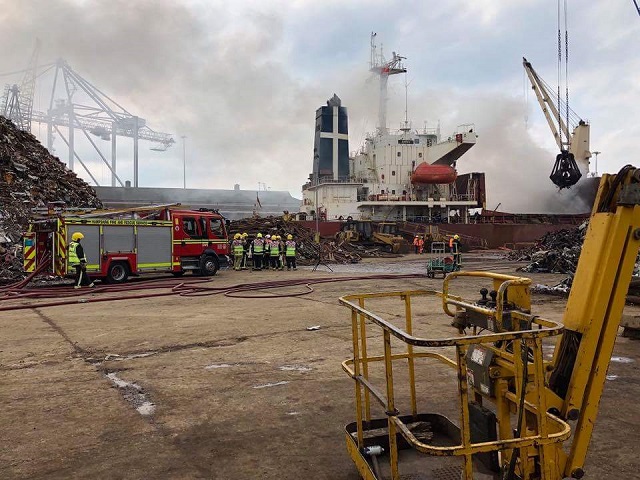