British authorities announced the seizure one of the largest ever shipments of heroin intercepted at the port of Felixstowe aboard a container ship bound for Antwerp.  The shipment consisted of more than a ton for what was termed Class A narcotics.

According to Britain’s National Crime Agency, acting on information developed by investigators they were tracking a suspected shipment of drugs. The container was aboard the Maersk Sembawang, a 6500 TEU container ship registered in Singapore.

Working as part of a multi-national effort, the British authorities ordered the container removed from the ship when it arrived in Felixstowe. It was moved to a secure terminal where a search revealed more than 1,196 kg of heroin and morphine derivatives hidden in bags of rice. The more than a ton of narcotics discovered rivaled the 1.3 million tons and 398 kg of heroin seized in the all of last year by the NCA at Felixstowe. 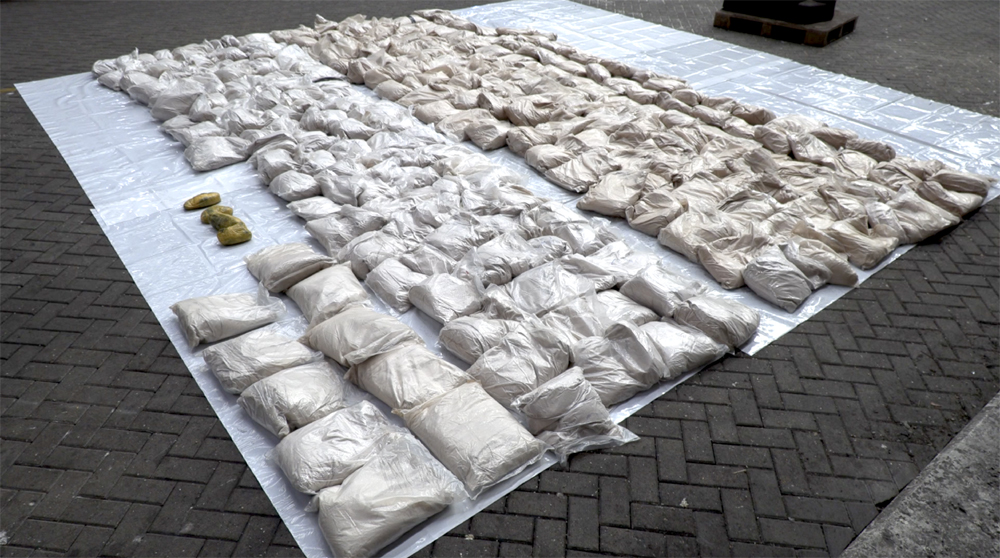 Seizure on displays -- courtesy of NCA

The NCA placed the street value of the seizure at more than $150 million.

“This is a huge seizure which has denied organized criminals tens of millions of pounds in profits, and is the result of a targeted, intelligence-led investigation, carried out by the NCA with international and UK partners.” Said Nikki Holland, NCA Director of Investigations.

Unlike other seizures, this was only the first part of the multinational operation. The container was returned to the Maersk Sembawang, which then sailed on to Antwerp. Under surveillance by Dutch and Belgian law enforcement agencies, the container was loaded on to a truck and driven to a warehouse south of The Hague in the Netherlands.

A massive haul of potentially deadly Class A drugs has been stopped from hitting UK streets after an international operation led by the NCA.