Boxship Narrowly Avoids Grounding on Island in Sea of Japan

The container ship CSL Santa Maria may have  narrowly avoided a grounding on the Japanese island of Okinoshima last weekend, according to the Japan Coast Guard and AIS tracking data.

According to the Japan Coast Guard, CSL Santa Maria was under way from the U.S. to China with a cargo of empty containers, and she lost power in heavy weather to the northwest of Okonoshima. AIS data provided by Pole Star shows that she lost speed on January 31 as she passed by the island, and she began to drift in a southeasterly direction, driven by strong winds. By the morning of February 1, she was less than four nautical miles off the coast. 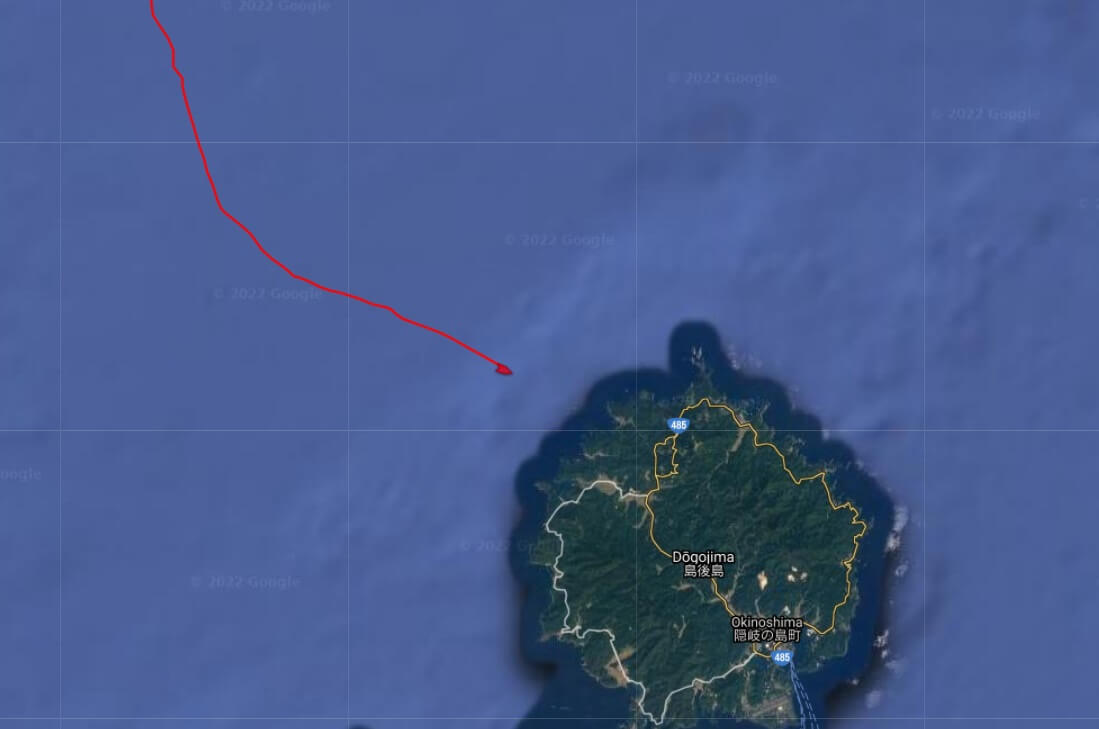 The Japan Coast Guard reports that she came within 800 meters of shore by 1300 hours on February 1. A cutter deployed to the scene to attempt a tow; however, conditions were rough and the initial attempt was not successful. Photos taken from shore by local media show CSL Santa Maria close in to the island's rocky coast, and images appear to show that her anchor was successfully deployed.

As of February 2, she was under way once more under tow, making three knots and headed west.