The salvage plan for the bulker that split in two off the coast of Japan earlier in the most has been revised based on weather and sea conditions. After consulting with local officials, the owners of the Crimson Polaris, Doun Kisen, along with NYK as the charterer, and the salvage team decided to bring the forward section of the vessel into port to shelter t from the weather conditions.

The 49,549 dwt Crimson Polaris grounded and later broke apart off Hachinohe, Japan on August 11. Splitting between the number 5 and 6 holds, the bow section of the bulker which was transporting a cargo of wood chips remained afloat riding on its anchors. The stern section initially was reported to have settled to the bottom, although recent pictures show that it is largely submerged. 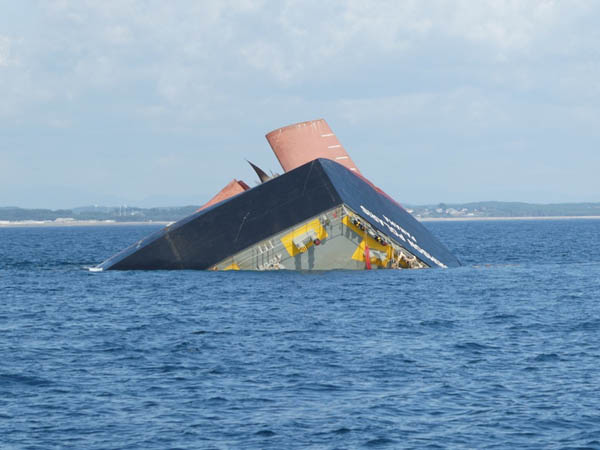 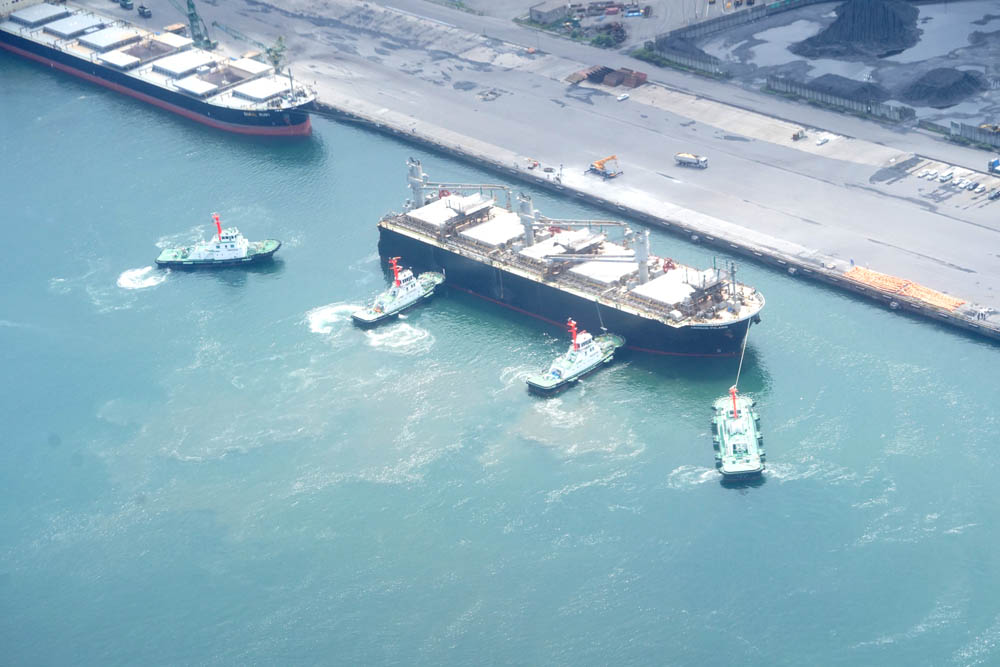 Last week, the salvage team planned to place an oil barge alongside the forward section to pump the remaining fuel oil from the tanks. However, they later determined that in the position exposed to the seas and wind that would require an extended period and there was a risk of further oil spills. Consulting with local officials, the Japan Coast Guard, and other authorities, and the local fishing organization they agreed to tow the forward section to the dock.

NYK now reports that they will begin pumping the oil from the forward section to remove the heavy fuel by mid-month. In addition, they plan to offload the remaining cargo. After the grounding NYK reported that there had been a small lark of cargo but the majority of the wood chips remain aboard. The goal is to have the forward section offloaded by the end of September. The oil offloading began today, August 30, with a containment boom also string around the section at the dock.

The stern section was the source of an oil slick that was released from the vessel in the days after the accident. However, the leak appears to have stopped at this time. The Japan Coast Guard continues to monitor the stern while NYK commented that the owners and salvage team continue to investigate the stern to determine a course of action.

“We deeply apologize as a member involved in the transportation,” NYK wrote in its update. “We will continue to work with shipowners, ship management companies, and other stakeholders to resolve the situation as soon as possible.” 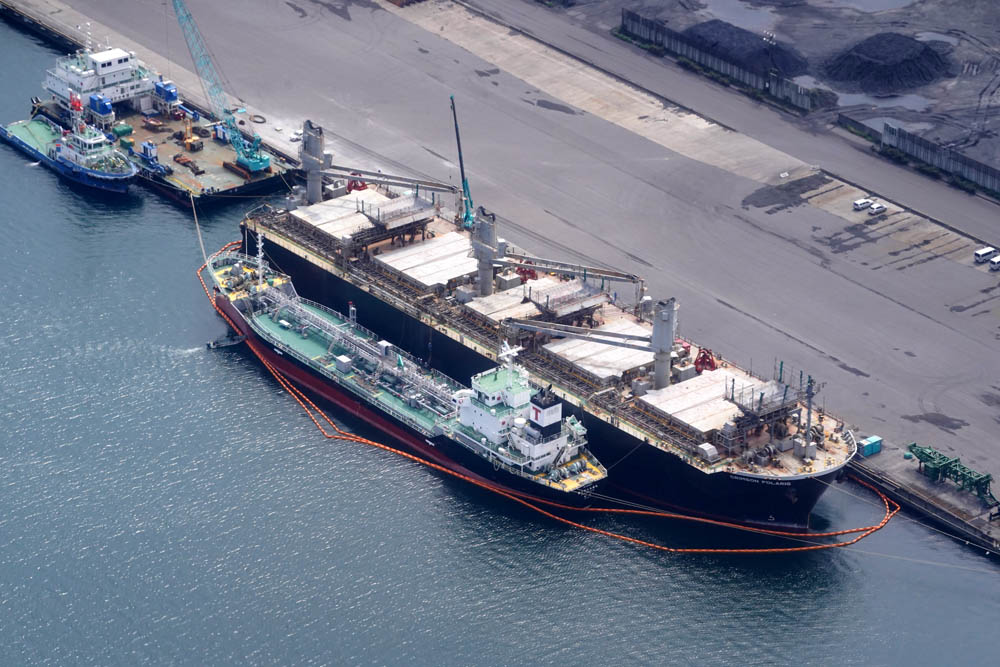