The Australian Transport Safety Bureau (ATSB) has released its investigation report into the serious injury to crew on board Happy Buccaneer citing the need for safer lifting operations. 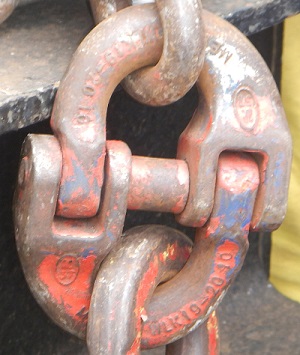 The accident occurred at Port Hedland, Western Australia, on February 23, 2015. A technician and the bosun had worked together to remove a sling hook from lowest of a pack of four load spreaders. Each load spreader was 4m long by 1.2m wide and weighed 2.4 tons. The pack of four had not been secured into a single unit prior to being lifted.

After removing the hook, and as the two men walked alongside the stacked load spreaders, the bosun signalled to the crane operator to raise the crane’s hook. As the hook was raised a hammerlock (joining link) on the chain sling most likely caught the lip of the topmost load spreader, tipping it off the pack and onto the two men.

The technician’s right leg was pinned under the load spreader, and he had fractured both legs. The bosun was not trapped but suffered fractures to his lower left leg. Both men required extensive surgery and the technician also had his right leg amputated below the knee.

The ATSB identified some simple safety precautions that must apply to crane operations:
•    Lifting and handling procedures and practices should use a risk assessment to anticipate the hazards and to minimize the associated risks. 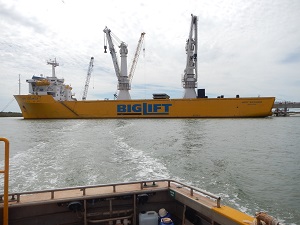 •    Crane operators, banksmen (dogmen) and assisting crew should be aware of each other’s location and the movement of suspended loads.
•    Rigging gear needs to be guided until it is free of obstacles and equipment.
•    Multiple loose items need to be combined and secured to form a single unit prior to lifting.
•    Clear communications by hand, radio or other methods must be practiced and emphasized during lifting operations.

Spliethoff's Bevrachtingskantoor, Happy Buccaneer’s managers, advised that additional (simulator) training and instruction will be given to crane operators.