The debate about whether UV-based ballast water treatment systems will meet U.S. type approval requirements continues with some in the industry still believing that shipowners should not to install equipment until they are forced to.

One of the key problems continuing to plague the industry, as noted in BIMCO’s official position on ballast water management, is that while the numerical values of the discharge standards in the U.S. are identical to those of the IMO convention, the qualitative criteria are different. IMO sets limits for organisms that are viable whereas the U.S. sets limits for organisms that are living. 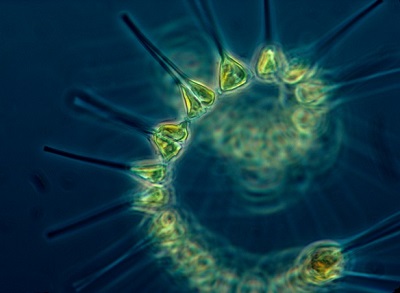 This inconsistency remains to be addressed by the U.S. authorities, including also the California State Lands Commission which is developing state-based protocols.

It seems the science behind detecting the difference between viable and non-viable living organisms is challenging. When asked about the issue at a recent maritime conference, Allegra Cangelosi, a senior policy analyst for the Great Ships Initiative at the Northeast-Midwest Institute in the U.S., said: “we are not aware of a reliable method to detect viability.”

Mark Kustermans, Market Manager for manufacturer Trojan Marinex, has this to say: “Frankly, we are neither surprised nor concerned about the recent comments regarding the viable versus live discussion. The USCG has repeatedly clarified its stance on the general acceptability of UV technologies, and in a recent response to the IMO G8 Correspondence group, the USCG has reiterated that provisions exists within its type approval regulations for the approval of alternative methods that can show equivalency.

“Being the first ballast water treatment manufacturer in the world to have submitted for USCG Type Approval, we fully expect to receive USCG type approval in the near future.”

The discrepancies between the IMO convention, now under consideration for more than 10 years, and U.S. regulations are causing some vessels, fitted early with treatment systems, to now be carrying around first generation ballast water treatment “museum pieces.” Often these systems, installed by shipowners hoping to be environmental leaders, have been tested once and then never used again, and they are likely to need re-piping work, and possibly a new filter, before they are suitable for operation once the regulations enters into force. 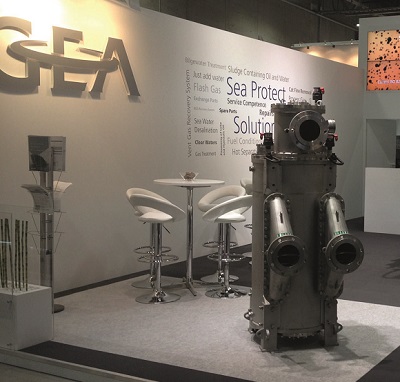 Trojan Marinex, partnered with GEA to bring their system to the market, has issued some words of caution. Global compliance is the obvious goal for shipowners purchasing a treatment system, but with IMO ratification on the horizon and a large group of system manufacturers still seeking USCG type approval, they are in an unenviable position of proceeding with an investment that may not meet their longer-term needs, says the company.

Vessels sailing in U.S. waters will be required to adhere with USCG ballast water discharge standards and the United States Environmental Protection Agency (USEPA) Vessel General Permit (VGP), in addition to state ballast water regulations. As a temporary measure, the USCG is accepting the use of Alternate Management System (AMS) that are typed approved by other countries on the basis of the existing IMO guidelines (G8).

However, vessel owners understand that AMS is merely an interim solution and their vessels will ultimately have to be equipped with a USCG type approved system if they’re bound for ports in the U.S.

AMS designation does not provide the manufacturer or the vessel owner any guarantee that the system will eventually qualify for USCG type approval. The specific risk to a vessel owner relying merely on an AMS system is that the system could need expensive modification or complete replacement should it not ultimately be type approved by the USCG.

Achieving USCG type approval is not an easy task, and can take two to three years of considerable effort and investment by the supplier, with no guarantee of full certification.

Knowingly subjecting customers to each iteration of product development is not innovation, it is experimentation that wastes vessel owner’s time and money, says GEA and Trojan Marinex.

Trojan Marinex claims it has executed a comprehensive strategy to protect owners from this risk by:
•    Testing in accordance with the USEPA Environmental Technology Verification (ETV) Ballast Water Protocol. The ETV Ballast Water Protocol is a key testing requirement for systems to obtain USCG Type Approval. Its testing methods are more rigorous, highly prescriptive and consistent, compared to IMO G8 guidelines.
•    Tested at USCG-approved facilities. The USCG requires that Type Approval testing be completed with a certified Independent Laboratory. This ensures that testing is completed in an accurate and unbiased manner, to the highest of standards.
•    Tested under poor water quality conditions, among the lowest UV transmittances in the industry. Many existing IMO Type Approved systems have been tested in higher clarity water (high UV transmittance). It is expected that these systems will not be able to treat lower clarity waters than to what they have been tested to under USCG regulations. The UV transmission value will be noted on the type approval certificate, significantly limiting the applicability of the system in poorer water qualities.
•    Tested under high flow conditions. Many existing IMO type approved systems have only been tested at relatively low flow rates (e.g. less than 250 m3/h), and empirical models and simulations were used in an effort to show performance at higher flow rates. While many systems have been tested at higher flows in shipboard applications, it is critical that land-based testing be conducted on these systems too, says GEA and Trojan Marinex.
•    Tested in fresh water, brackish water and marine water. Salinity in ports and harbors around the world vary significantly, therefore it is necessary to test in all salinities, including fresh water. System suppliers that test in only two salinities may obtain USCG type approval, however, similar to issued AMS certificates, these systems will only be permitted to operate in water salinities that were tested and approved. If a system has not been tested in fresh water, it will not be permitted to ballast in fresh water.

The USCG updated its list of manufacturers that have signaled their intent to obtain type approval. There are now 30 on the list (below).

Stricter Regulations on the Way

Many in the industry believe that the conditions for entry into force of the IMO convention will be met this year. The USCG is looking further in the future already and is bound by law to review the practicability of implementing a more stringent ballast water discharge standard and publish the review results no later than January 1, 2016.

Manufacturers that have lodged a type approval letter of intent to the USCG: