Product Tanker Breaches Hull in Grounding in the Azores

[Brief]  Portuguese authorities in the Azores are reporting that they have been able to stabilize a product tanker that was taking on water after grounding while departing the northern island of Graciosa. The vessel is reported to be stable and undergoing an inspection to develop a salvage plan.

The 3,074 dwt São Jorge was departing Praia da Graciosa in the early hours of Tuesday, February 8. The pilot had left the vessel and as it was making its way in the inlet outside the main area of the harbor, the 279-foot vessel loaded with gasoline touched bottom. It suffered extensive damage to its propeller and breached its hull in the area of the engine room. The vessel transmitted a distress call which was answered by the local pilot boat from the port administration.

Portos dos Acores reported that they also dispatched a tug to the scene and that a pilot reboarded the tanker guiding it to a safe anchorage. They were able to stop the water flooding the engine room by sealing the space and also secured the fuel tanks to prevent an oil spill from either the vessel’s diesel fuel or the gasoline cargo.

The vessel’s owner, Transinsular based in Lisbon which operates service to Madeira, the Azores, and Cape Verde Islands as well as inter-island service, reports that there were no injuries among the crew. About half the crew has been evacuated from the vessel while five crew members remained to maintain the tanker while a survey is underway to determine the extent of the damage.

Port officials credit quick action with preventing an environmental incident and said they will continue to monitor the tanker until the salvage can be completed. 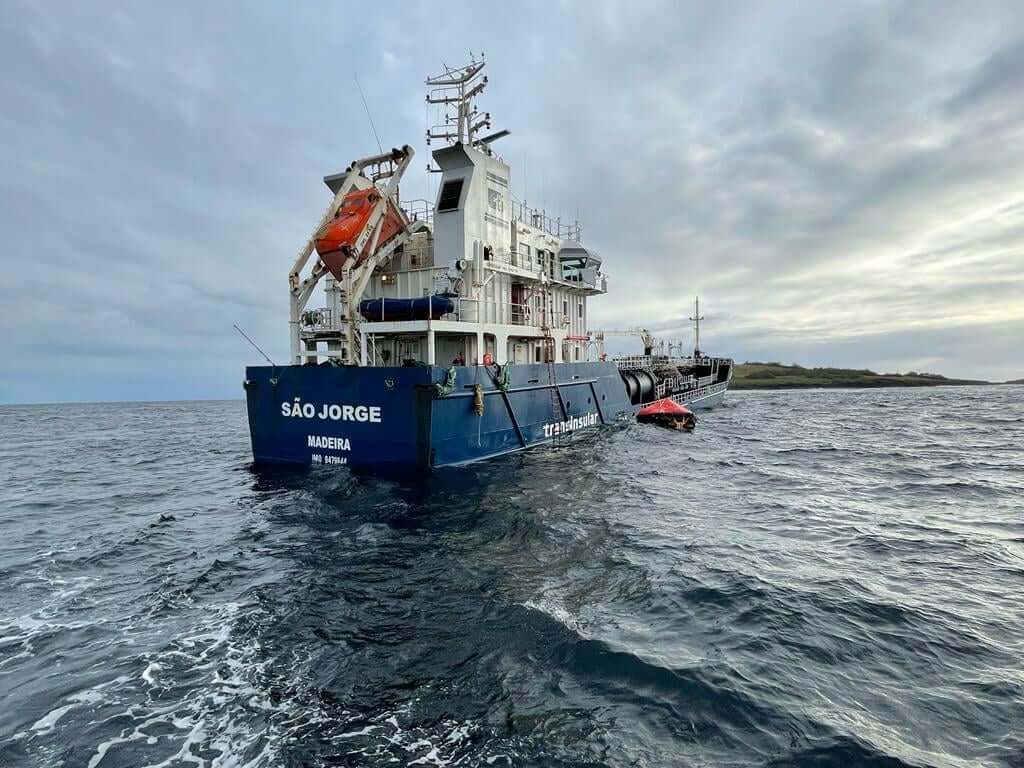