The Australian Transport Safety Bureau issued its preliminary report into the incident aboard the APL England, which resulted in the loss of containers overboard in Australian waters. While the first phase of the ongoing investigation reviewed the facts and the preliminary report does not include safety findings or analysis, it already highlights several of the concerns raised by the Australian authorities after their initial inspection of the vessel.

The APL England was sailing in Australian waters when it encountered high seas. The Singapore-flagged container ship reported to the Australian Maritime Safety Authority at the time that it had briefly lost power resulting in the loss of containers. At first, 40 containers were reported lost overboard, but the number was later increased to 50, with another 63 damaged. Inspectors in Brisbane detained the ship for safety violations and the captain was later brought up on charges in Australia related to the environmental impact as the containers washed up along the coast.

The investigation’s preliminary report sets out the incident’s sequence of events and documents the range of safety issues inspectors found when they boarded the containership in Brisbane. “The ongoing investigation will review and analyze several areas of interest, including the ship’s container stow and lashing arrangement; the maintenance regimes for the ship’s deck and engine room; the ship’s service and inspection history; the ship’s stability condition; weather conditions and information provided to the crew; and the actions of the ship’s crew,” said ATSB Chief Commissioner Greg Hood.

The preliminary report details the events leading up to the loss of the containers. It highlights that the Bureau of Meteorology had issued regular forecasts regarding a complex low-pressure system developing off the south-east of the country, with gale-force wind warnings.

On the morning of the incident, the APL England was maintaining a southerly course with a speed of about 7 knots. The ship was pitching and periodically rolling in high seas and gale-force winds when they experienced a series of very heavy rolls, to about 25 degrees either side of upright. At that point, the steering system and engine room alarms sounded, and then the main engine shut down due to a loss of oil pressure. The report details that the ship was continuing to roll heavily while the crew restarted the engine and then changed course to head with the weather.

Testimony from the crew highlighted that it was more than a half-hour later, only after sunrise, “that the chief officer first noticed the fallen stacks of containers,” Hood said. It was only later that they determined that, “One container lost overboard contained hazardous goods in the form of dry powder fire extinguishers.”

The report proceeds to detail the results of the ATSB transport safety investigators survey of the vessel after it docked in Brisbane. 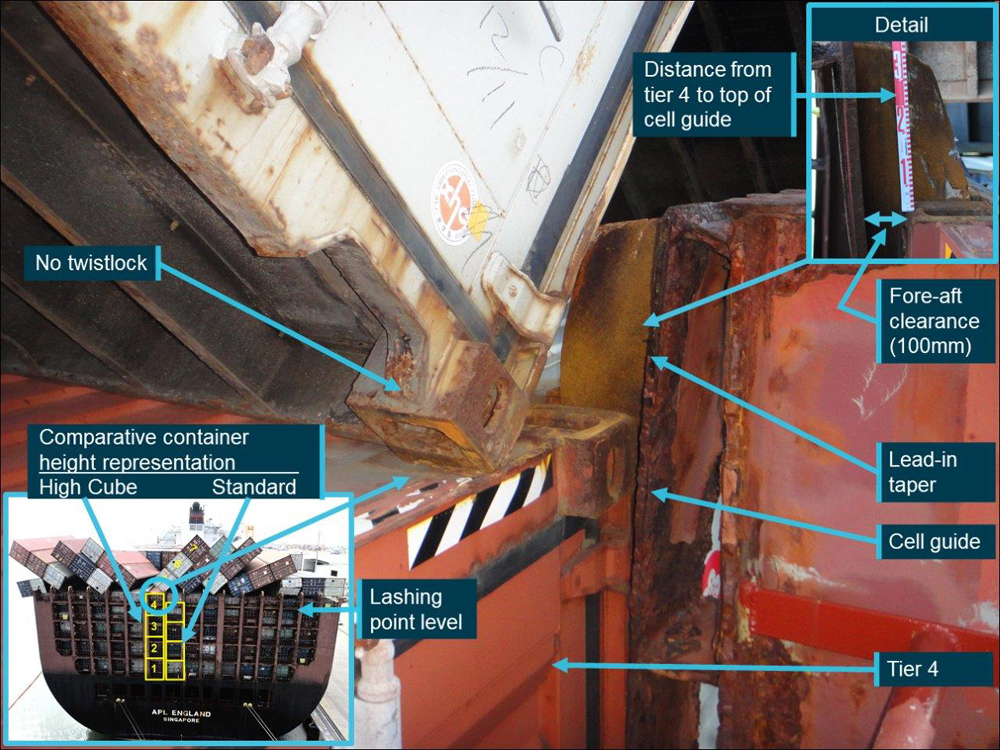 “Generally, the ship’s lashing equipment appeared in good condition. However, many of the ship fittings including lashing eyes, lashing bridges, and deck structures were found to be heavily corroded and wasted,” Hood said.

In addition, the ATSB examination of the container stowage arrangement showed the use of high cube as opposed to standard height containers in the ship’s aft-most container bay. They noted that this affected the security of the stow above the container cell guides, but “the loading computer’s lashing and forces checks did not show any conflicts for this arrangement.”

The APL England was detained for three weeks in Australia and before allowing the ship to sail, AMSA reported that it received a formal written undertaking from the ship’s insurer, Steamship Mutual. The insurer said that it will pay the fines and other amounts that are agreed or imposed by a court concerning AMSA’s costs in responding to the incident. The captain at the time of the incident was replaced, but he was later released and permit to return home.

The ATSB said that it will release its complete report at the conclusion of the investigation. The preliminary report is available for download. 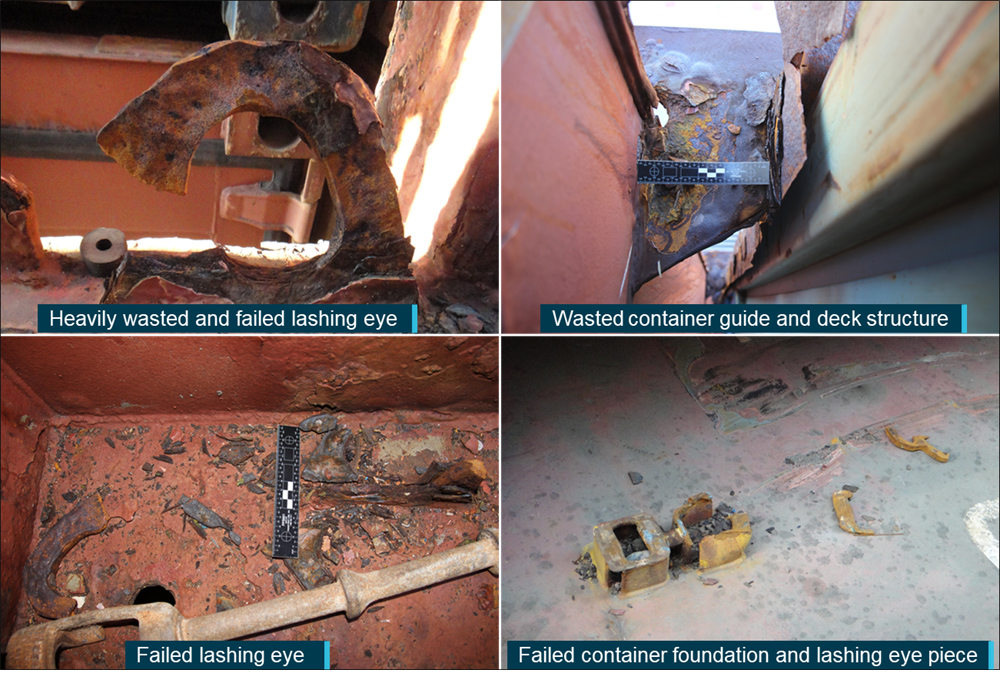