Asian Piracy Increased in May

In May 2019, six incidents of armed robbery against ships and one attempted incident of piracy were reported.

This is a decrease in incidents for May last year (nine), but an increase compared to the last six months. Between November 2018 and April 2019, three to four incidents were reported each month. 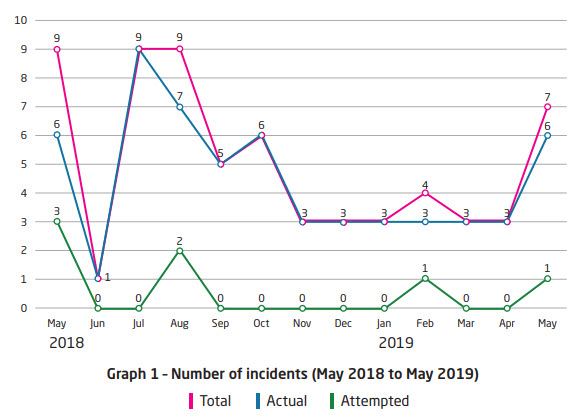 Two of the incidents occurred in close proximity to each other in the western sector of the Singapore Strait. Both incidents involved tug boats towing barges and were boarded while they were underway in the westbound lane of the Traffic Separation Scheme in the Singapore Strait. The first incident occurred on May 18 to tug boat Barlian T1201 towing barge Smit Cyclone at approximately 3.3 nautical miles southeast of Tanjung Piai, Malaysia when six perpetrators boarded the barge from a small craft and stole some tools from the barge.

The second incident occurred on May 30 to tug boat Asia Jaya 28 towing barge Sinar Jaya 2912 at approximately 3.4 nautical miles southeast of Tanjung Piai, Malaysia when an unknown number of perpetrators boarded the barge from a small craft and also stole some tools from the barge.

ReCAAP ISC says the threat of abduction of crew in the Sulu-Celebes Seas and waters off eastern Sabah remains, although there are now now reports of crewmen being held captive. Ship masters and crew are strongly urged to exercise extra vigilance while transiting the area and report immediately to the Operation Centres of Philippines and Eastern Sabah Security Command (ESSCOM) of Malaysia. 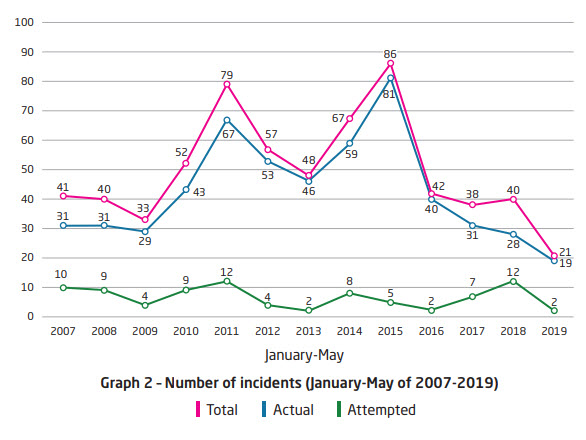