The work on removing the grounded trawler Northguider from a remote Arctic shore in Svalbard has been postponed until next year. The wreck has more hull damage than anticipated, according to the insurer, and poor ice and weather conditions on scene have delayed the work so much that it will have to be halted until next year.

On December 28, 2018, the Northguider went aground in the Hinlopenstretet, the strait between Spitsbergen and Nordauslandet in the Arctic archipelago of Svalbard. Her crew put out a distress call and reported that the vessel had taken on water in the engine room, and all crewmembers were safely evacuated by helicopter. The vessel could not immediately be refloated, but salvors returned to remove all her diesel fuel, lube oil and hydraulic fluid in a successful operation in January.

At nearly 80 degrees of latitude, the Hinlopenstretet is affected by ice for much of the year, and the start of work on righting and refloating the ship was scheduled for August in order to take advantage of a narrow window for ice-free operations. Insurer Gard hired Smit Salvage to manage the project, and a floating shearlegs began work at the site in early August. 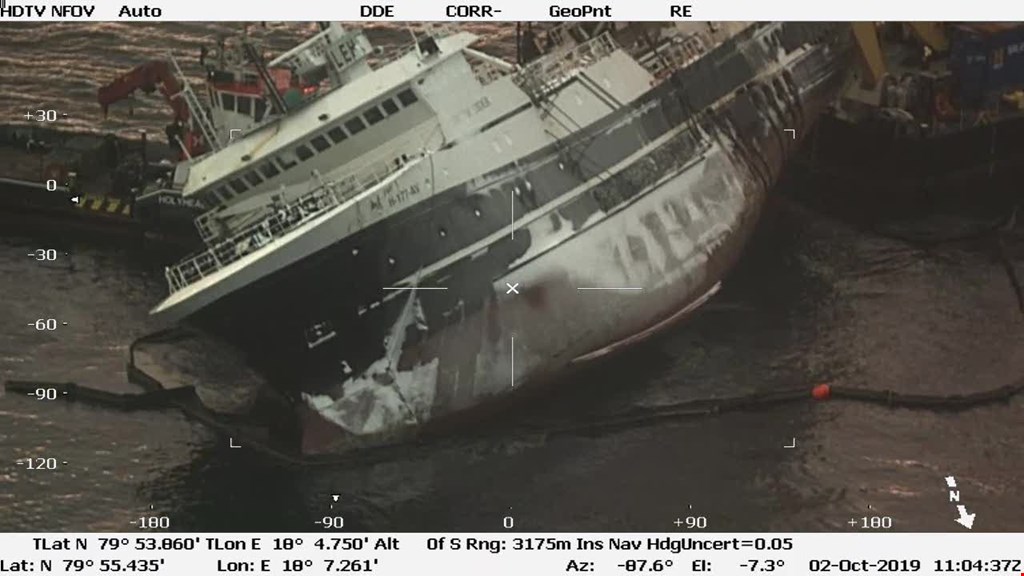 However, the team encountered significant difficulties. Approaching drift ice repeatedly disrupted the operation, forcing the salvors to temporarily withdraw. In addition, the damage to the ship's hull covered an area measuring more than six hundred square feet - a larger extent than the salvor's planned repair methods could seal up, according to the Norwegian Coastal Administration.

"We are obviously very disappointed that the operation has not gone as planned," said Rune Bergstrøm, project manager for the salvage operation at the Norwegian Coastal Administration. "Smit Salvage . . . is among the foremost in the world in terms of expertise in this type of operation. Due to safety concerns for equipment and personnel, they have had to interrupt the operation repeatedly."