Archaeologists in Tallinn, Estonia have discovered the wreck of a wooden vessel dating back to about 1300 AD, putting it within the timeframe of the famed Hanseatic League.

The 80-foot wreck was found during excavation at a construction site near Tallinn's harbor, buried about five feet down near what was once the mouth of the Härjapea River. The site on Lootsi Street on Tallinn's waterfront is home to another, previously-discovered buried wreck, so archaeologists were on the lookout for further finds. After excavation, the site will soon be an office building. (Photos are available here.)

Though more work will be needed to confirm its origins, the ship may be a Hanseatic cog - a flat-bottomed sailing vessel with a simple sail plan, designed for efficient and economical trading in the Baltic.

The ship was filled with multiple layers of sand, archaeologist Priit Lätti told Live Science, and was located in an area of the harbor that was once underwater. It is possible that the vessel went aground on a sandbar and sank.

Next steps include the completion of the wreck's excavation, followed by careful planning for its removal to a safe location for preservation. The question of funding for the project is not yet settled, archaeologist Mihkel Tammet told local EE News. Time is ticking: the wreck may start to decay if action is not taken soon, he warned.

If it is confirmed to be a Hanseatic cog, it would be one of the best-preserved examples ever found. The only other wreck that would approach its degree of preservation would be the Bremen cog, discovered in 1962 and housed today in Bremerhaven.

The Hanseatic cog was the ship of choice of the Hanseatic League, a confederation of cities and traders in the coastal regions of present-day Germany. The league's activities stretched from London in the west to the Neva River in the east, including most of the European coast of the North Sea and the Baltic. It had a major presence in European trade from about 1200 to 1600, and it was the dominant force in the region for much of the period. 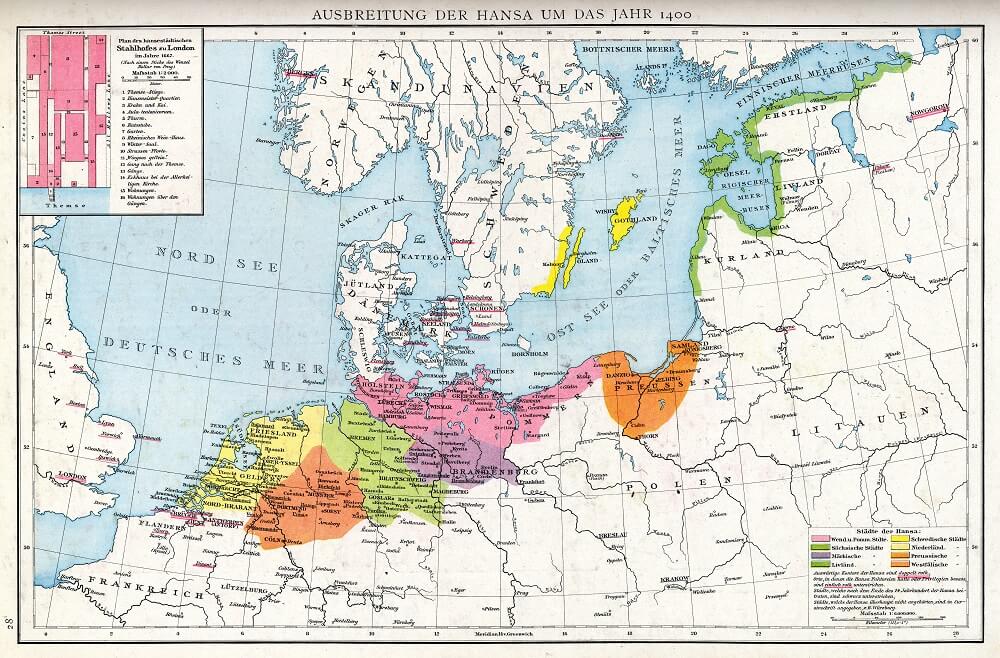 Reach of the Hanseatic League, circa 1400

The league even engaged in several wars with sovereign governments, including a successful war with Denmark in 1361-70. Its core municipalities - Hamburg, Bremen and Lübeck - retain the title of "Hanseatic City" to this day.