The APL England has been detained by Australia authorities after inspectors identified problems with the ship’s equipment that they believe contributed to the loss of containers overboard. The container ship lost approximately 40 containers during a high seas incident southeast of Sydney on May 24.

According to the Australian Maritime Safety Authority (AMSA), its inspectors determined that the lashing arrangements for cargo were inadequate and found heavy corrosion on the securing points for containers on the ship’s deck. Inspectors from AMSA boarded the APL England after the ship docked in the Port of Brisbane on May 27.

“These findings constitute a clear breach of a requirement under SOLAS to ensure that a ship and its equipment are maintained so as not to present a risk to the safety of the ship itself or anyone on board the ship,” said AMSA General Manager of Operations Allan Schwartz. “The detention will not be lifted until these serious deficiencies are rectified."

AMSA said in announcing these results that it believes it is already clear that the risk of this container loss occurring could have been reduced. However, AMSA noted that its inspection is still ongoing and that it did not want these preliminary results to pre-empt the outcome of the investigation.

"This is now a matter for the ship’s owner, American President Lines (ALP), and operator to rectify,” said AMSA, emphasizing that it expects the shipowner and its insurer, Steamship Mutual, to take full responsibility for remediating any impacts from this incident.

AMSA also conducted a further aerial survey of the New South Wales coastline to assist in locating and identifying semi-submerged containers in the water. Its jets identified two targets, which AMSA said were comprising of five containers, including one set of four containers locked together. 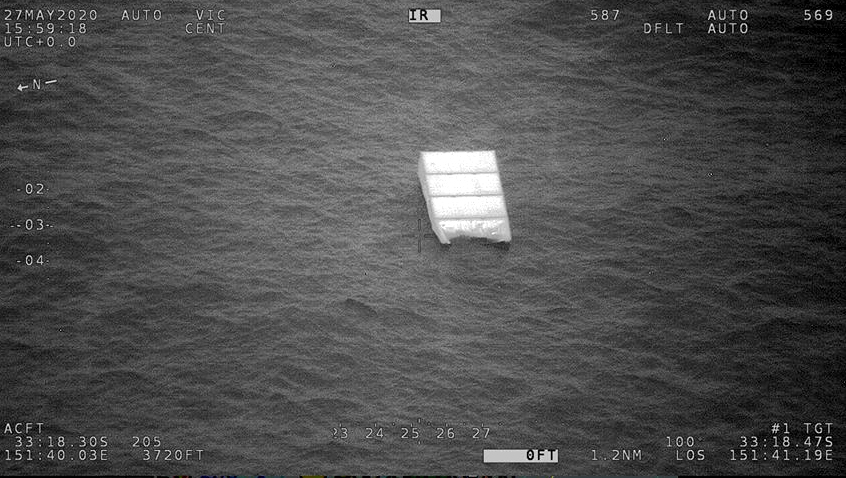 Local authorities onshore and residents are also continued to report a variety of debris washing up on the beaches and floating in the water. Among the items spotted on the beaches are plastic containers, packages of medical face masks, and parts of the containers that fell into the ocean during the incident.

Schwartz concluded his remarks by saying, “We’re pleased to hear news today that the insurer is engaging contractors to retrieve some of the floating containers.” 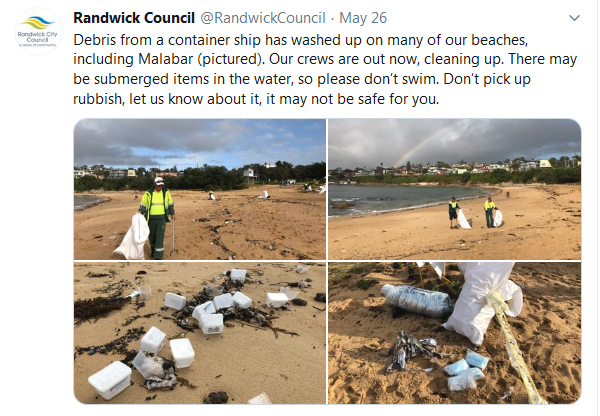 The investigation into the incident is expected to take at least a month and will involve checking for compliance with both Australian and international maritime safety standards as well as any breaches of Australian environmental protection regulations.

The incident occurred as the 5510 TEU APL England was sailing from Ningbo, China to Melbourne, Australia. The ship experienced a temporary loss of propulsion during heavy causing it to roll heavily at which time some of the container stacks collapsed damaging 74 containers and causing approximately 40 to fall overboard.

The Port of Brisbane released a brief video showing the docking procedure for the APL England:

It’s been a monumental effort to ensure the safe arrival of APL England to the Port of Brisbane. Here’s a time lapse of the vessel berthing at the AAT Terminal yesterday.