Western Australia's Department of Primary Industries and Regional Development has charged Perth-based live export company Emanuel Exports and two of its Directors with alleged cruelty to animals under the State’s Animal Welfare Act.

The decision follows a comprehensive 18 month investigation by compliance officers, and the charges relate to heat stress suffered by sheep on a voyage from Fremantle to the Middle East on the Awassi Express in August 2017. 2,400 sheep died throughout the voyage.

The voyage was brought to public attention when whistle-blower footage was aired on 60 Minutes in April 2018 which showed thousands of sheep suffering severe heat stress; sheep caked in melted feces and urine; injured and sick animals left to die slowly; decomposed bodies left in pens with living sheep and pregnant ewes giving birth and their lambs dying.

Up until then, the incident had not gained notoriety. Higher mortality voyages have occurred and been investigated since the Australian live export industry began decades ago.

The Australian Department of Agriculture's investigation into the Awassi Express voyage concluded: “The cause of this reportable mortality was heat stress. The peak in mortalities corresponded with extreme heat and humidity experienced in Qatar. The humidity and temperatures experienced from day 5 to day 13 and associated deck conditions, prior to arrival in Qatar is likely to have contributed to the severity of the mortality event. The highest mortality rates were in the ‘A’ class wethers (69.43 kg), which were the fourth most numerous class of the sheep on board the ship making up 7.51 per cent of the consignment. There was no significant correlation of mortalities with deck position.

“The department’s original investigation found the sheep were prepared and transported in accordance with the Export Control (Animals) Orders and the Australian Standards for the Export of Livestock (ASEL) based on the information provided to the department during the course of the original investigation. The additional material provided by Animals Australia in April 2018 revealed some breaches of ASEL relating to stock selection (S1.7 and S1.16(b)); preparation and loading (S4.12); and the on-board management of livestock and pens during the voyage (S5.6 and S5.7). That the animal welfare concerns and breaches were observed across the five voyages indicated broader issues with the exporters’ processes.” 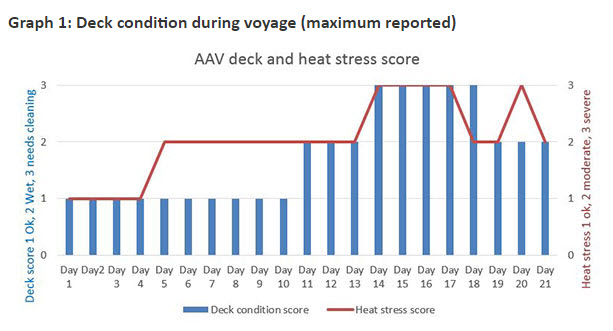 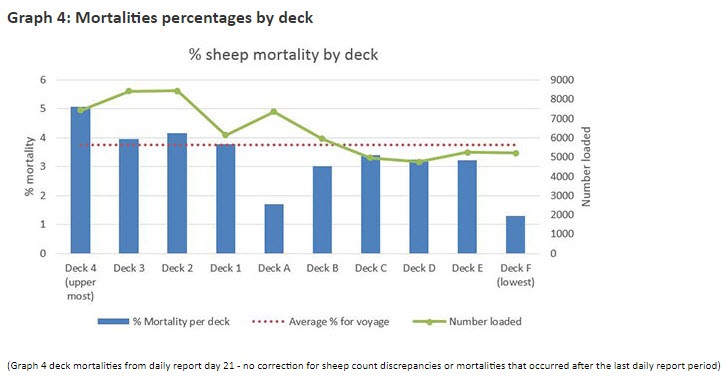 Australia's Department of Agriculture canceled Emanuel Exports' livestock export license last year. This week, Nicholas Daws, Managing Director of Emanuel Exports, issued a statement in response to the charges, saying: “The company intends to vigorously defend the matter in court, on a date to be determined.”

Response from the RSPCA

The RSPCA has welcomed news of the charges, and has issued a statement saying: “The shocking evidence of the incident – provided by a concerned whistle-blower working on the Awassi Express – shocked the majority of Australians who will no doubt join the RSPCA in supporting these charges.”

The RSPCA also awaits the outcome of a brief of evidence submitted to the Commonwealth Director of Public Prosecutions earlier in the year relating to alleged breaches of Commonwealth live export regulations.