On August 14, the Wallem-managed bulker ISL Star rescued eight Indonesian fishermen who had lost power in the Western Pacific. When the ISL Star arrived on scene, the 60-foot, wooden-hulled Hallelujar (or Aleluya) had been adrift for 10 days north of Palau, and she had run out of food and water.

After the Hallelujar found herself adrift, one member of her crew left the vessel in a motorboat to try to reach a passing fishing vessel, the Kensei Maru 3. The Kensei Maru rescued him but was unable to find the drifting vessel, and she put out a distress call on the Hallelujar's behalf.  The U.S. Coast Guard's Response Coordination Center Guam (RCC Guam) and the Japanese Coast Guard station in Okinawa coordinated with the Kensei Maru, and RCC Guam launched a search and rescue mission.

To aid the SAR effort, RCC Guam broadcast an AMVER assistance request to all ships in the vicinity of the search area. The ISL Star received the message and diverted from her commercial voyage. When she arrived at the Hallelujar's last reported position, she found no sign of the missing vessel.

On the morning of the 14th, the Coast Guard launched an HC-130 Hercules SAR aircraft out of Pohnpei, Micronesia to conduct a search and drop emergency supplies to the Hallelujar. (The U.S. Air Force also assisted by dispatching a B-52 strategic bomber out of Guam to conduct an aerial search.) The HC-130 found the drifting vessel, delivered the payload and contacted the ISL Star to coordinate a rescue. 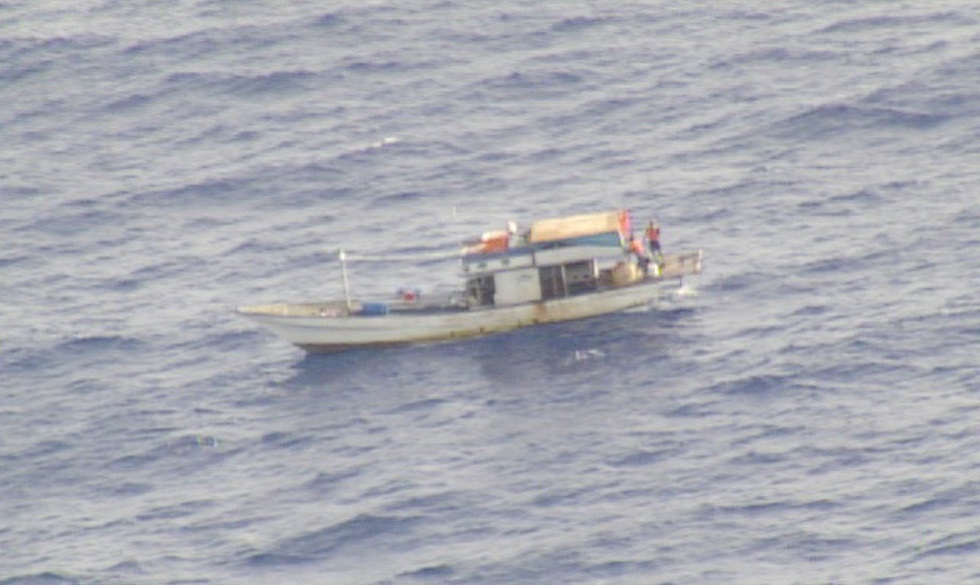 The Star got under way once more and reached the drifting vessel at about 1320 hours, and the rescue evolution was complete by about 1600 hours. All eight fishermen were brought safely aboard, and the ISL Star set sail for Palau to deliver the survivors to shore.

“It was the first experience for my entire crew and myself to rescue life at sea, and I am indeed very proud that we were able to save lives of eight crew members of the fishing vessel," said Capt. A. Misra, the ISL Star's master. "In situations like that working together is important, and through the support of the U.S. Coast Guard and Wallem team ashore, we were able to coordinate a response and successfully rescue the eight mariners. I will cherish this moment for the rest of my life."

"This is a great example of why teamwork is so vital to search and rescue operations in this region," said Lt. Jonathan Girot, Sector Guam public affairs officer. "Through the efforts of the U.S. Coast Guard, U.S. Air Force, Japan Coast Guard, and good Samaritans, we were able to quickly locate the KM Aleluya and coordinate a response to a dangerous situation."