The Fiji Police Force has confirmed that the case in relation to a YouTube video revealing the graphic shooting of five seamen is now closed. 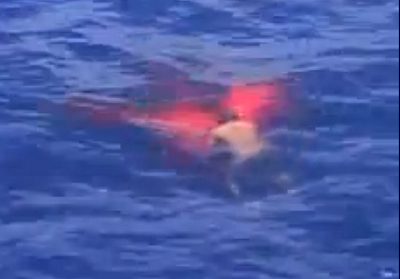 It has been established that the video was first viewed in mid-2013, and two former fishing vessel crews confirmed receiving the video from their friends. The police say that the video was shot outside Fijian waters and did not involve Fijian nationals. Rather, it involved a confrontation between Asian fishing crews and pirates somewhere in the Indian Ocean.

David Hammond, Barrister-at-Law and Founder of HRAS says: “While the closure of the case by Fijian authorities is a welcome step towards greater clarification to the background of the video posted last week on YouTube, the unverified context and suggestion that it instead shows the killing of pirates, remains a disturbing issue of apparent general acceptance of summary justice in international waters. Importantly, this incident appears to be without either constabulary intervention or judicial engagement at any stage.

“If these were pirates, (and which has not been categorically verified, nor proven), the handling of the incident by the Asian fishing crew and one crew member in particular (see latest translation of footage) who claims responsibility for the murder of all five seafarers, does not warrant the unlawful use of force and murder of seafarers who, at the time of the use of lethal force, posed no threat whatsoever to the Asian fishing crew.

“The Asian fishing crew cannot reasonably claim self-defence, nor lawfully defend the actions of the shooter under the circumstances and context depicted in the footage. This was certainly not necessary, nor reasonable use of lethal force. The apparent relaxed nature of the crew who were willing witnesses to the shootings suggests that they were not under imminent threat thereby allowing the lawful use of up-to-and-including lethal force, as a last resort, in order to protect themselves.

“Further, if Fijian authorities have been aware of the incident since March 2014 as reported in the media, the question must be raised as to why has it taken five months to formally investigate, or establish an investigation alongside international authorities into an incident that clearly shows summary killings from a commercial ship apparently in international waters? 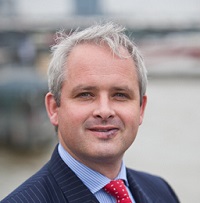 “If Fijian authorities have been previously aware of this footage, does this mean there has been tacit acceptance of summary killings at sea to the extent that such footage is otherwise being ignored and not investigated unless specifically profiled through social media platforms and media outlets?

“Is this apparent acceptance of commercial seafarers being effectively allowed to be judge, jury and executioner becoming a regional norm, or has it always been the case and instead just not reported to the relevant authorities?

“If so, such apparent acceptance does not meet international human rights standards, but instead highlights continued breaches of basic human rights at sea and in this case, on commercially flagged and registered ships”.

HRAS continues its independent investigation into the YouTube footage with the support of international organizations, commercial entities and NGOs. HRAS promotes transparency and accountability for human rights abuses at sea.