The RNLI lifeboat Mora Edith MacDonald is used to getting requests for assistance at sea, but rarely as a commercial tug. On Saturday morning, though, she was tasked with assisting a  1,300 tonne freighter that had dragged anchor off Oban, Scotland, and she gave it a tow back to a safe anchorage.

The coastal freighter CEG Galaxy had dragged her two anchors in gale force winds that hit Oban overnight Friday, and this left her dangerously close to the island of Kerrera and the busy northern entrance of Oban Bay. The vessel was awaiting mechanical repairs and was unable to get underway to maneuver back to a safe location. 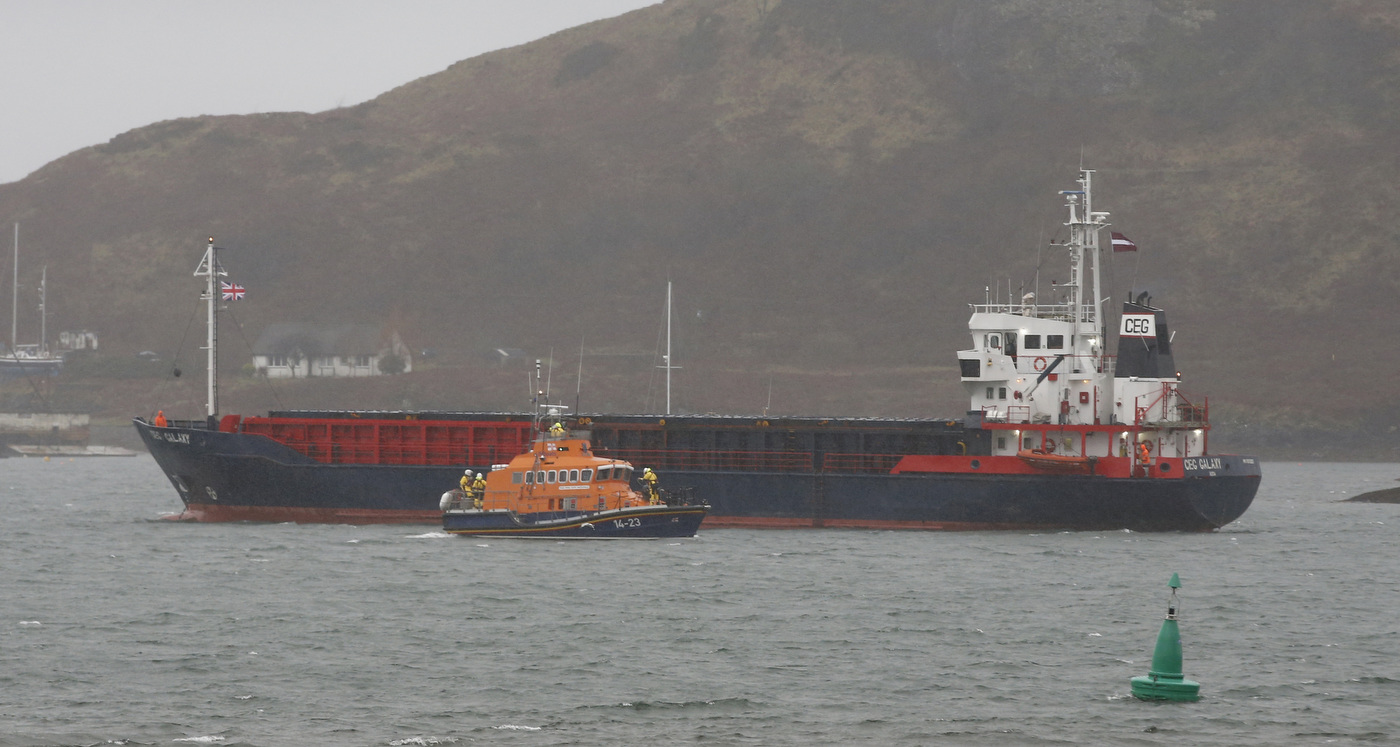 The Oban lifeboat launched with seven crewmembers on board at about 1130 hours and was quickly at the scene. One of the crewmembers went aboard the Galaxy to assist, and a towline was passed securely between the vessels. Once ready, CEG Galaxy raised her anchors, and the lifeboat slowly began to pull the vessel forwards, clear of the shore. The freigher dropped her anchors again by 1230, and the lifeboat returned to her berth shortly after.

The Mora Edith MacDonald is a Trent-class fiberglass lifeboat of 46 feet in length and 30 tonnes displacement. She is fitted with two MAN 2840 diesel engines developing a combined 1,900 hp; though she is not optimized for full time low-speed towing, this is more horsepower than many small tugs.