300 Migrants Rescued During Attempted Voyage From Myanmar to Canada

In an unusual rescue operation in the South China Sea on Monday, a migrant vessel attempting to make a transpacific voyage was rescued off the coast of Vietnam.

Migrant vessels are frequently rescued off Cuba, Haiti, Libya and Turkey, but these are generally small, improvised craft on regional journeys. The Myanmar-flagged trawler Lady R3, saved by a good samaritan ship off the coast of Vietnam yesterday, was none of these things. This substantial steel-hulled fishing vessel was attempting to make it all the way from Myanmar to Canada - another 6,000 nm away on a Great Circle route  - in order to deliver more than 300 Sri Lankan nationals to a new country.

On Sunday, Vietnam's Maritime Rescue Coordination Centre (MRCC) received a distress signal from the Lady R3. The fishing vessel had been taking on water since Saturday and was in trouble in rough weather about 260 nm off Vung Tau.

The MRCC's staff contacted nearby merchant vessels and asked the car carrier Helios Leader to divert and assist. At about 1500-1900 hours on Monday, the Leader arrived on scene and brought all survivors on board, including 19 women and 20 children. Five other merchant ships stood by to provide assistance if needed. 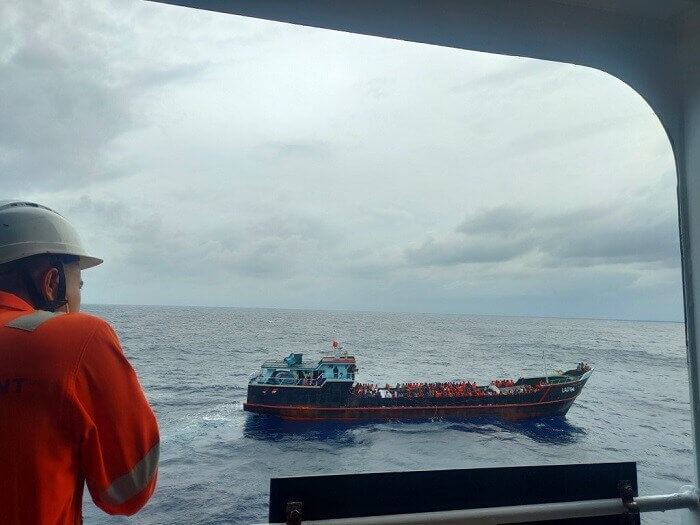 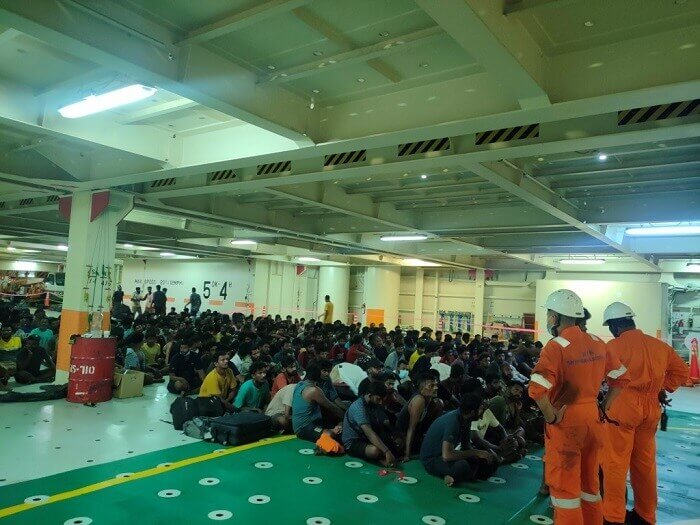 No injuries were reported, and Helios Leader transited to Vung Tau's sea buoy in order to meet up with the Vietnamese Coast Guard and transfer the survivors. The government of Vietnam is in discussions with Colombo on the terms of repatriation for all of the rescued Sri Lankan nationals.

Sri Lanka's downward-spiralling economy has driven a substantial increase in outward migration, and more than a million of its citizens have left over the course of the year to date. Severe inflation, particularly for energy and food, has made life on the island unaffordable for hundreds of thousands of people.

Canada is an extreme goal for maritime migration from South Asia, but the long voyage is not entirely unprecedented. At least 1,300 Sri Lankans have been captured while attempting to reach Australia by boat this year alone. Australia claims a 100-percent intercept rate for inbound migrant fishing vessels from Sri Lanka.