Over 1,200 passengers have now disembarked from the cruise ships Zaandam and Rotterdam in Port Everglades, Florida, bringing the total number of cruise passengers disembarked in the U.S. over the last three weeks due to the COVID-19 pandemic to 250,000. The passengers came from over 120 ships.

The U.S. Coast Guard and other national and local authorities worked to disembark the passengers under guidance from the Centers for Disease Control and Prevention (CDC). Many passengers were brought to safe harbor in the U.S. when other nations refused entry. 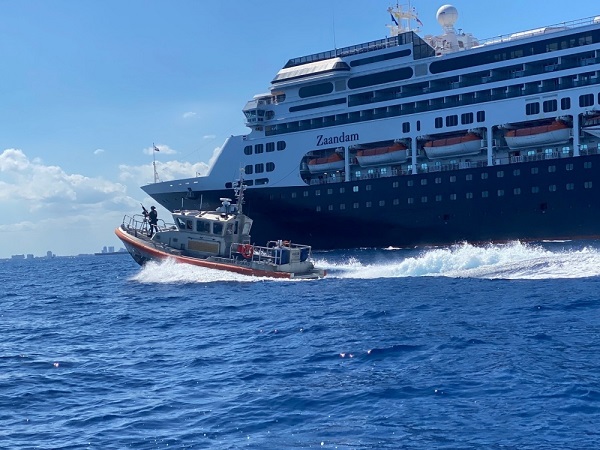 Since March 7, when COVID-19 cases on cruise ships operating around the U.S. escalated, the U.S. Coast Guard has enabled 31 life-saving medevacs. Crewmembers with respiratory issues have recently been evacuated to Florida hospitals from the Oasis of the Seas, Symphony of the Seas, Costa Favolosa and Costa Magica.

However, last week, the U.S. Coast Guard called upon cruise ships off the coast of Florida to increase their medical capabilities in order to deal with COVID-19 cases on board, reducing the burden on the local medical system on shore. That burden is becoming unsustainable, according to the Coast Guard's Seventh District, which has responsibility for Florida, Georgia, South Carolina, Puerto Rico and the USVI.