In today’s rapidly changing shipbuilding industry, competitiveness and productivity need to be developed constantly. In practice, it means that every unnecessary work phase and possible bottle neck should be eliminated from the production chain. Pemamek’s automated T-beam production line takes into account these demands, enabling shipbuilders to improve their overall shipyard profitability and efficiency.

In PEMA T-beam production line, the welding and deformation control system, developed in-house, is an example of how innovative integration of modern processes are an essential part of the total fabrication process.

In shipyard steel manufacturing, the size and shape of the parts play a significant role in overall productivity. When parts are precisely positioned and compatibility of the parts is good, the amount of rework and time used on fitting can be minimized.

When using higher strength steels and reduced material thicknesses the risk of deformations increases, and deformation of welded T-beams tend to cause a lot of unnecessary rework.

Traditionally, post-weld heat treatment and mechanical straightening processes are used to increase dimensional accuracy of T-beams and make the beams straighter. These post-weld processes may, however, increase or dissolve residual stresses which may result in greater deformation. These processes also increase the time used for T-beam production.

In order to tackle these issues, Pemamek has developed a fully automated PEMA T-beam production line. The output of the production line is high in capacity and dimensioned accurately for panel fabrication and other shipbuilding processes. Precision in output quality is achieved without any post-weld processes.

The cleaned web edge positioned against the cleaned flange enables high-speed and high-quality welding, and by cleaning the welding zones, it can be assured that impurities do not cause any welding defects and optimum welding process parameters can be utilized. 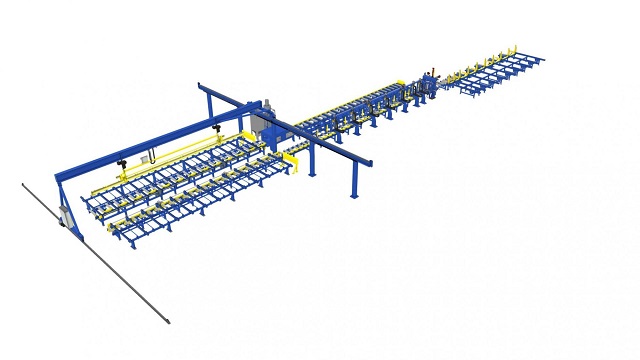 The PEMA profile processing line, powered by HGG, has a feature that cleans the flange at the web connection zone and shapes the flange ends. Pemamek’s plate cutting stations can be utilized to provide accurate and high-quality webs for T-beam production line.

Cleaning of web edges is an integral part of the T-beam welding line before assembling the T-beam. The PEMA grit blasting unit can be used to clean both edges of the web simultaneously, i.e. straight and cleaned T-beams can be delivered directly after the T-beam production line for the following work phases.

Easy and accurate matching of web and flange

Flanges and webs are gathered to buffer conveyors, and in the assembly station the web is flipped 90° to vertical position and positioned on the corresponding flange.

After positioning the web and flange longitudinally and transversely in position, according to the correct offsets, the operator ensures the fine adjustments and tack welds the front end of the T-beam. As the tail end of previous T-beam is being welded in automatic mode, the assembly of the new T-beam will not reduce productivity of the line. Thanks to the dedicated handling devices, safety and fully controlled positioning of the webs and flanges are guaranteed. 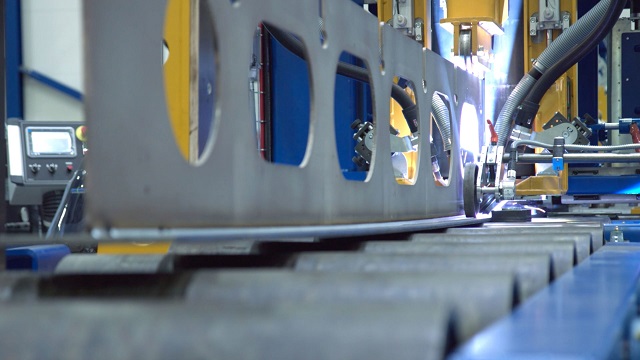 The double-sided single GMAW fillet welding process and specific pulse mode are used to obtain wanted features: low heat input, proper penetration and throat thickness, high welding speed and consistent high quality. The in-house developed deformation control system is used to minimize the T-beam deformations caused by welding. Usually deformations cause longitudinal and transverse shrinkage, angular deformation and bending of T-beam. Cutouts in the web are another variable to be taken into account when trying to minimize the deformations.

PEMA WeldControl 120 AutoSmart with weld and heat balance simulation analysis is used to determine the correct heat balancing parameters so that straight and accurately dimensioned symmetrical T-beams can be achieved.

When T-beams are accurately dimensioned, their assembly in following work phases is easier and faster; the quality, overall productivity and post-production value of the T-beams will improve. 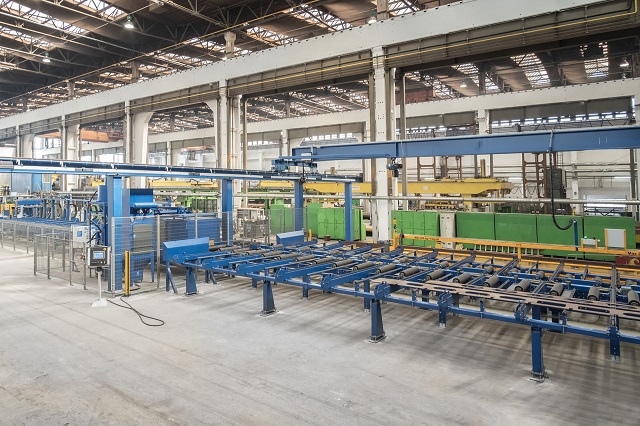 Discover how to automate your production with PEMA shipbuilding solutions here.

This article is sponsored by Pemamek.