Neptune Robotics, founded in Hong Kong in 2018, is a fast-growing technology company specializing in robotic cleaning of ship hulls using advanced algorithms. Now based in Shenzhen, China’s leading technological hub and the home of many technology giants like Tencent and DJI, the company has rapidly risen from an R&D startup to a well-established robotics company, with more than 60 in-house engineers and scientists. The company is excited to announce the launch of its cleaning services in the ports and anchorages of Ningbo and Zhoushan, the world’s second largest port, on May 5.

In the last two years, Neptune has cleaned over 200 ships in the ports and anchorages of Guangzhou, Yantian and Shekou. Early adopters of their technology include CMA-CGM, COSCO and international ship management companies, amongst others. Well-funded by top VCs, Neptune's plan is to expand to all major ports and anchorages worldwide.

The timing of the expansion is no coincidence, as shipping is coming under increasing pressure to reduce greenhouse gases (GHG) through reductions in fossil fuel consumption. CII regulations are coming into force, which means that a good efficiency rating for a vessel will enhance its marketability. Keeping hulls and propellers clean is a basic necessity for all ships.

Shipowners and operators know that even a small amount of marine growth on the hull and propeller can easily result in a 10 percent loss of speed due to increased friction, or, if speed is maintained, an increase in fuel consumption of 30 percent. 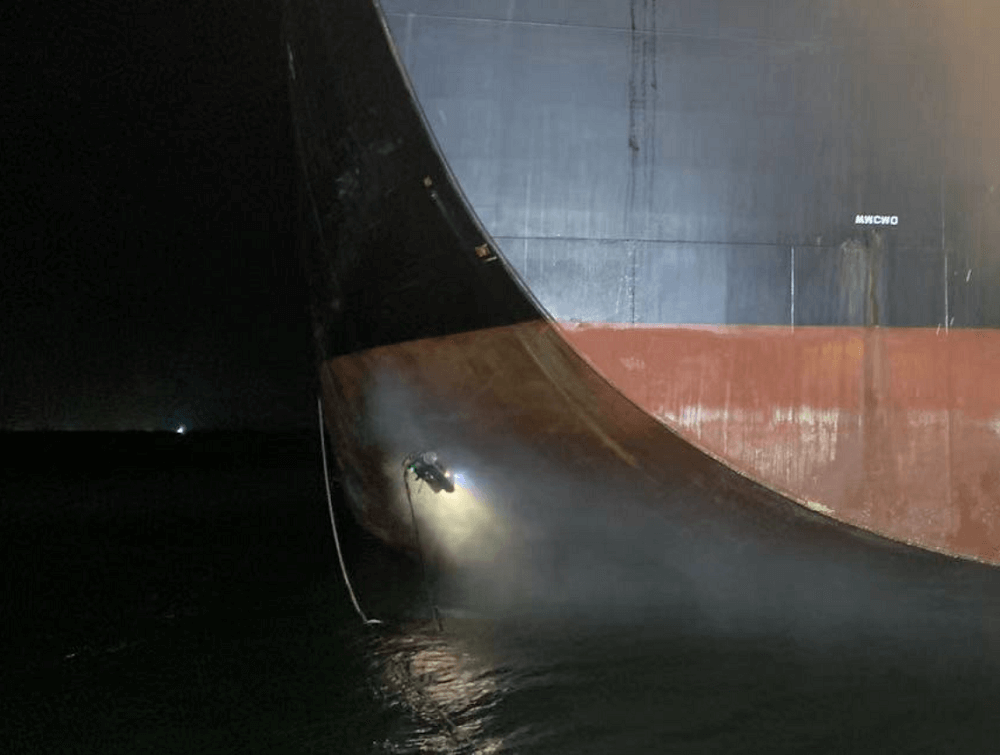 Neptune’s robots offer significant advantages as they use cavitational waterjets to remove fouling with minimal loss of antifouling paint. The robots use advanced artificial intelligence to self-steer along the hull sides and bottom. Other major advantages include an ability to clean hulls above the waterline, to work at night, and to clean at berth while ships are loading or discharging, avoiding any delays.

Most impressively, the robots can clean hulls in the muddy waters frequently found in Chinese river ports. The robots are fitted with powerful lights and cameras and stream the before and after cleaning performance to Neptune’s cloud platform when operating in very muddy waters. Clever AI interprets the data to automatically produce a before and after cleaning report, providing details of the types of marine growth found on various areas of the hull. 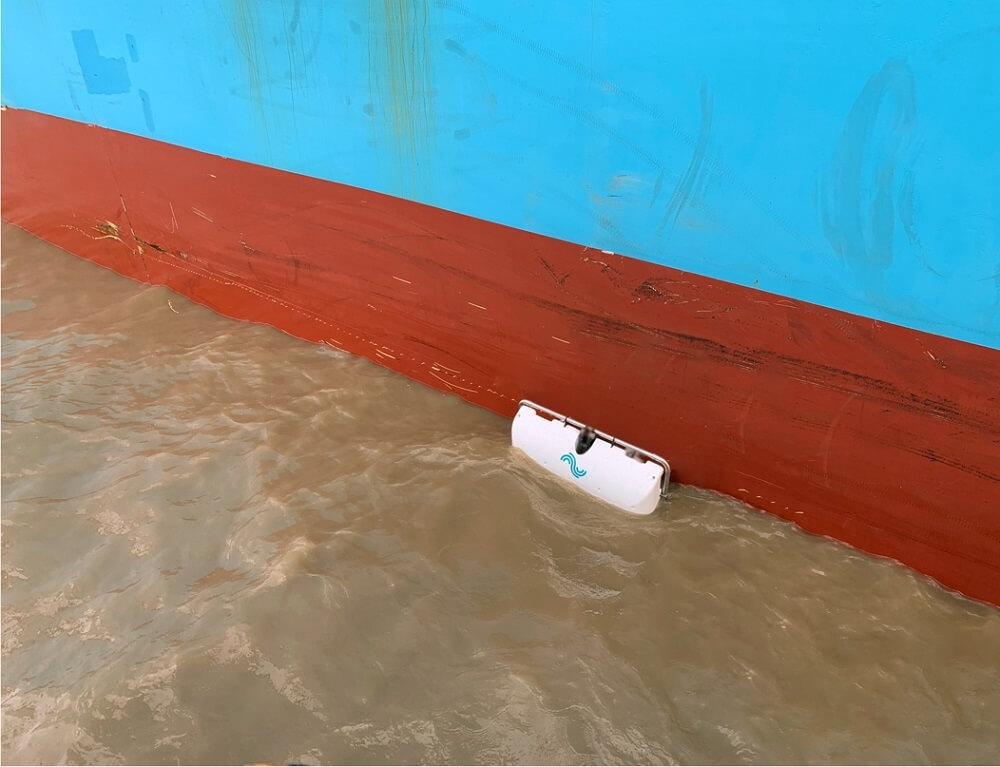 Neptune's robots can clean in muddy waters, like those found in China's river ports

Conventional hull scrubbing uses rotating brushes housed in a hydraulically powered cart steered by divers. There are significant drawbacks with this method. Maintaining even pressure on the hull is difficult and the brushes often remove antifouling paint along with the marine growth, which reduces the coating's lifetime. 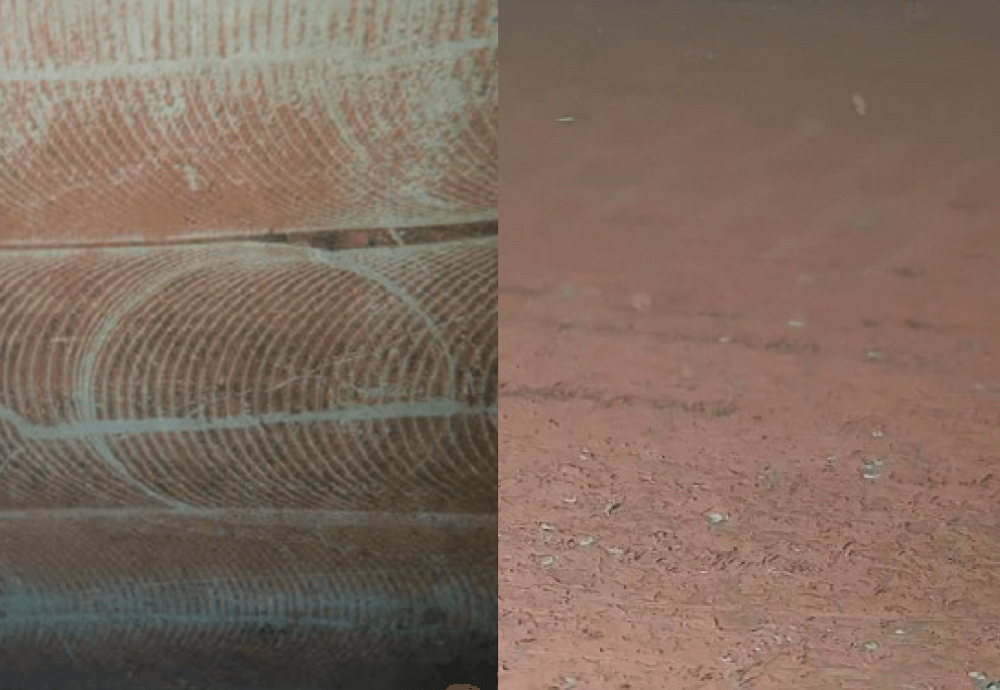 Consider the case of a Capesize bulk carrier with a clean hull and propeller operating at an economical speed of 12 knots for 300 days per year, averaging 40 tons per day of fuel, using 12,000 tons per year for propulsion. If an increase in friction due to hull and propeller fouling reduces speed by 10 percent - down to 10.8 knots - it reduces earning days by 33 per year. Alternatively, if the speed is to be maintained at 12 knots, this increases fuel consumption by about 4,000 tonnes. If the ship’s charter hire is $30,000 per day, the 33 lost sea days will cost $1 million per year. If speed is maintained, the extra 4,000 tonnes of fuel needed to maintain 12 knots will cost $3.6 million at $900 per tonne. Keeping vessels clean between dockings saves money and is common sense in the industry.

There are two basic methods to remove the build-up of marine growth on the hull and propeller. One is to drydock earlier than planned, and the second is to remove the biofouling while at berth or anchorage. The second method is far less expensive and avoids lengthy off-hire periods.

This message is sponsored by Neptune Robotics.