You utter “automation,” and everyone is immediately transposed to a sci-fi future where robots rule the world, cars fly and crewless ships sail the world’s oceans.

Even within the marine industry, we often forget that ‘unmanned vessel’ isn’t the only arrow in the automation quiver. In fact, smart autonomous solutions are already solving today’s major shipping challenges like decarbonization, overcapacity, safety, and human error. Onboard and onshore, for instance, this translates to lesser accidents, significant fuel savings, reduced emissions, efficient operations, and ship designs.

Wärtsilä Voyage calls this ‘Smart Autonomy’ — a commercially viable and step-by-step application of intelligent solutions that create immediate and quantifiable operational value today, while opening the pathway for greater vessel autonomy in the future.

Take, for instance, situational awareness solutions, a critical building block on the pathway to greater vessel autonomy. But Wärtsilä Voyage business development manager Dr. Sasha Heriot is keen to emphasize that smarter sensors’ benefits do not lie in the distant future of crewless vessels. “Smart sensor technology already supports crews in routine maneuvers.” They help achieve operational effectiveness and safety, especially in busy ports and waterways, where incidents are most common. 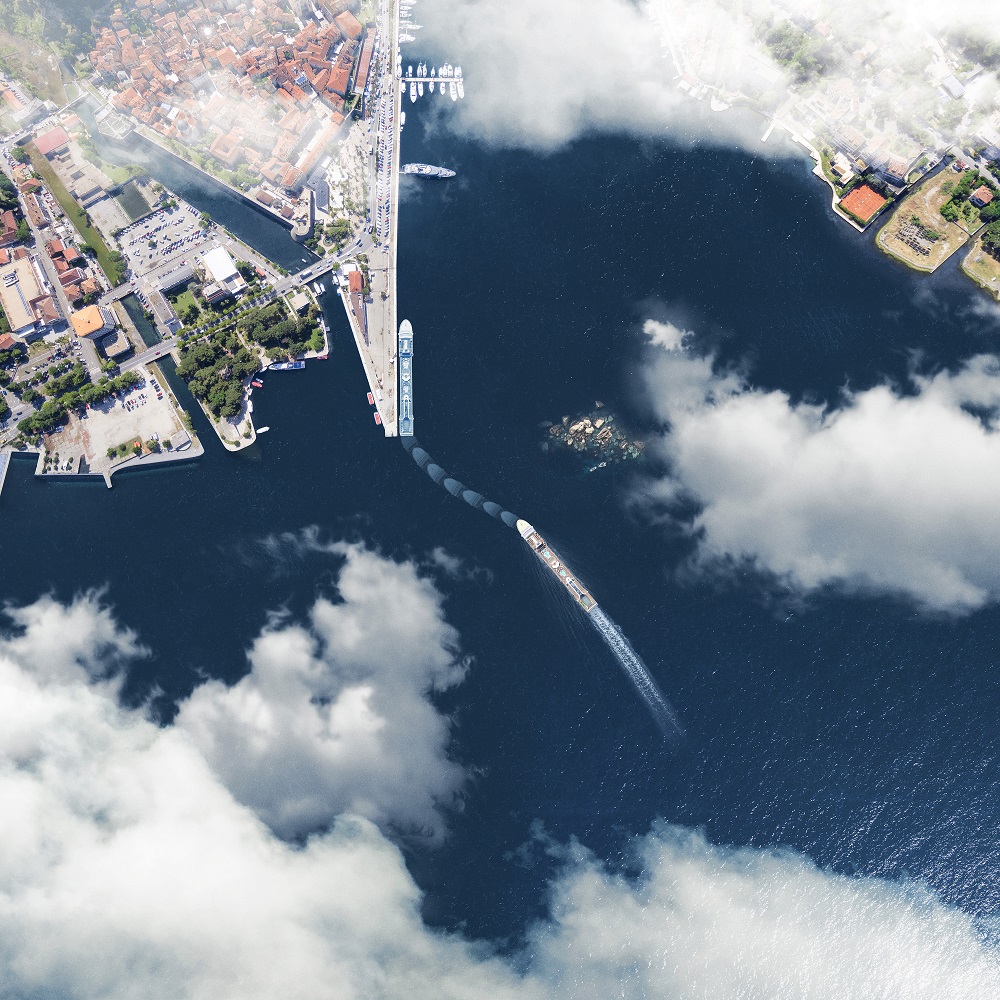 Data shows that 80 to 90 percent of vessel casualties are rooted in human error. Considering the scale of modern operations — the distances vessels travel and the traffic they encounter — effective watchkeeping can be a challenge even for the most competent crew. Also, some situations surpass human capabilities. That’s where situational awareness solutions come in.

Think of them as lookouts with superpowers: a unique pairing of sensor tech (such as radars, lasers, and camera) with navigation systems creates a complete digital picture of a vessel’s maritime environment to identify potential hazards.

That said, smart sensors do not replace leadership, experience, or intuition. Rather, they compensate for the human factors that increase risk. Sensors do not get tired or lose concentration, and they can look in all directions at the same time. Like the human crew, they can also raise an alert if they detect a potential hazard, or the vessel position unexpectedly deviates from its course.

Where human senses end and the GNSS (Global Navigation Satellite System) fails, these smart sensor technologies sweep in to fill the gap, help the crew take informed decisions and prevent casualties. For example, night vision cameras, LIDAR, and short-range high-resolution radar provide digital vision in conditions where humans are blind. These sensors offer a full 360° view around the vessel, eliminating blind spots so that the crew can understand their immediate surroundings when docking and for safety maneuvers. In other applications, high-resolution radar and high accuracy laser sensors are used to detect and identify objects at different distances from the vessel to optimize navigation route selection.

In addition to monitoring what is happening around the vessel, onboard situational awareness is also integrated with real-time navigational systems, making operational decision-making more seamless, increasing efficiency, and making shipping safer.

This integration of sensors places some demands on vessel infrastructure and processes. On the hardware side, a well-balanced sensor suite around the vessel has to be supported by a server with enough processing power to handle large volumes of data in real-time. Data fusion and analysis software are also crucial, as every sensor generates both high data volumes and different interpretations of the ship’s environment that must be reconciled into a coherent picture and user experience. As with all digital systems, a process is also needed to patch and update sensor software and hardware to maintain functionality and ensure cybersecurity.

The above demands were explored in practice in IntelliTug, Singapore’s first commercial autonomous tug and a working example of situational awareness in action. It is equipped with advanced sensors and positioning technologies, including an automatic identification system (AIS), global positioning system (GPS), thermal and daylight video cameras, an AIS receiver, a motion reference unit and Wärtsilä’s advanced RS24 radar.

As Chris Chung, Wärtsilä’s Director, Digital Innovation and Strategic Projects explains, although this project explored the move towards autonomous vessels, a core focus was to reduce the risk of accidents, particularly in ports, by eliminating blind spots around the vessel.

“Busy ports, especially in Asia, are used by a lot of smaller vessels that do not have AIS. There is also a risk of grounding the vessel or hitting dropped containers and other objects,” he adds.

"This increases overall accuracy because not all radars work effectively in the rain, for example, and different cameras are used for day and night vision. Bringing together multiple detection capabilities creates a clearer picture of the vessel’s environment.” 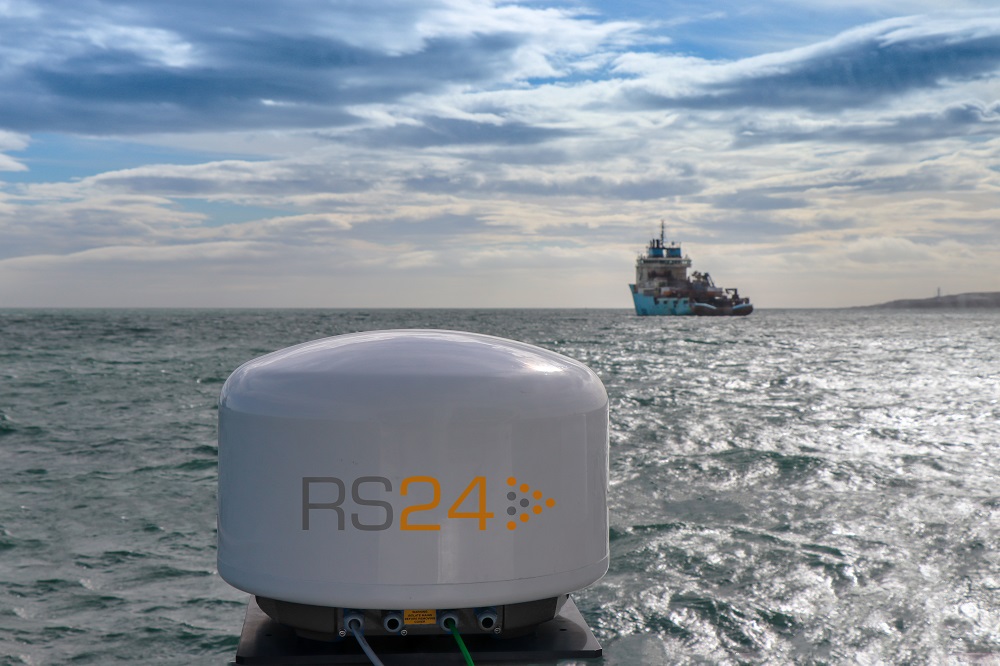 This data is used to train maritime AI (Artificial Intelligence) in object recognition and detection. AI is especially valuable because it brings the ability to differentiate between larger and smaller vessels, especially in harbors and ports, where larger ships are severely limited in speed and manoeuvrability compared with smaller, more agile crafts. However, it is also beneficial in open navigation, where they track objects, identify collision risks, enhance navigation, and save costs.

American Steamship Company’s (ASC) MV American Courage is a recent example of situational awareness sensors working in tandem with navigational systems for semi-autonomous ship movement. With a cargo-carrying capacity of 24,300 gross tonnages, it is the largest ship ever to perform an automatic dock-to-dock operation, that too, in the challenging waterways of the Cuyahoga River in Ohio, US.

Named the “crooked river” by Native Americans, the narrow, winding, and the heavily congested waterway was the testbed for Wärtsilä SmartMove Suite. It used the industry’s most advanced sensors and high-accuracy ship control systems, taking the concept of automated dock-to-dock operations to the next level.

“The complete Voyage Smart technology package addresses the American Courage’s restricted water maneuvering profile requirements, including a position margin of less than two meters and transit under bridges. The technology utilises the surrounding environment for vessel positioning, making it ship-based rather than onshore. The resulting impact was a further reduction of the American Courage’s operating costs,” explains Pierre Pelletreau, VP of Engineering, Rand-ASC Holdings LLC.

“This is not about going captain-free, rather, enhancing the capabilities of the onboard crew as they traverse shuttle routes, congested or restricted areas. When vessels must operate twenty-four hours a day, seven days a week, we are pleased to offer an automated dock-to-dock transit solution that ensures every trip is conducted safely,” adds John J Marshall, Senior Business Development Manager, Automation & DP, Americas, Wärtsilä Voyage.

The IntelliTug project, American Courage and other applications show how situational awareness and smart autonomy technologies can create a safer work environment. Complete vessel autonomy may be a distant vision for some in shipping, but the solution to reduce human limitations with technologies that augment and enhance the crew’s capabilities are already available.

This message is sponsored by Wärtsilä Voyage.