Partners in an initiative to cut air pollution and protect endangered whales announced results from the 2020 program and recognized the shipping companies that successfully participated, reducing speeds to 10 knots or less in the San Francisco Bay Area and the Southern California region. The program’s Southern California region extends from Point Arguello (in Santa Barbara County) to waters near Dana Point (by the Ports of Los Angeles and Long Beach).

Shipping companies receive recognition and financial awards based on the percent of distance traveled by their vessels through the Vessel Speed Reduction (VSR) zones at 10 knots or less and with an average speed of 12 knots or less. The 10-knot target complements the National Oceanic and Atmospheric Administration’s (NOAA) requests for all vessels (300 gross tons or larger) to slow down during the months of peak endangered blue, humpback, and fin whale abundance to protect these whales from ship strikes.

Ship strikes are a major threat to whales globally and to the recovery of endangered blue, fin, and humpback whales in California waters. Reducing the risk of ship strikes is a major priority of NOAA’s, including NOAA’s West Coast national marine sanctuaries. Observed and documented deaths totaled 49 endangered whales from 2007-2020, and likely represent only a small fraction of the total number of ship strikes taking place annually. 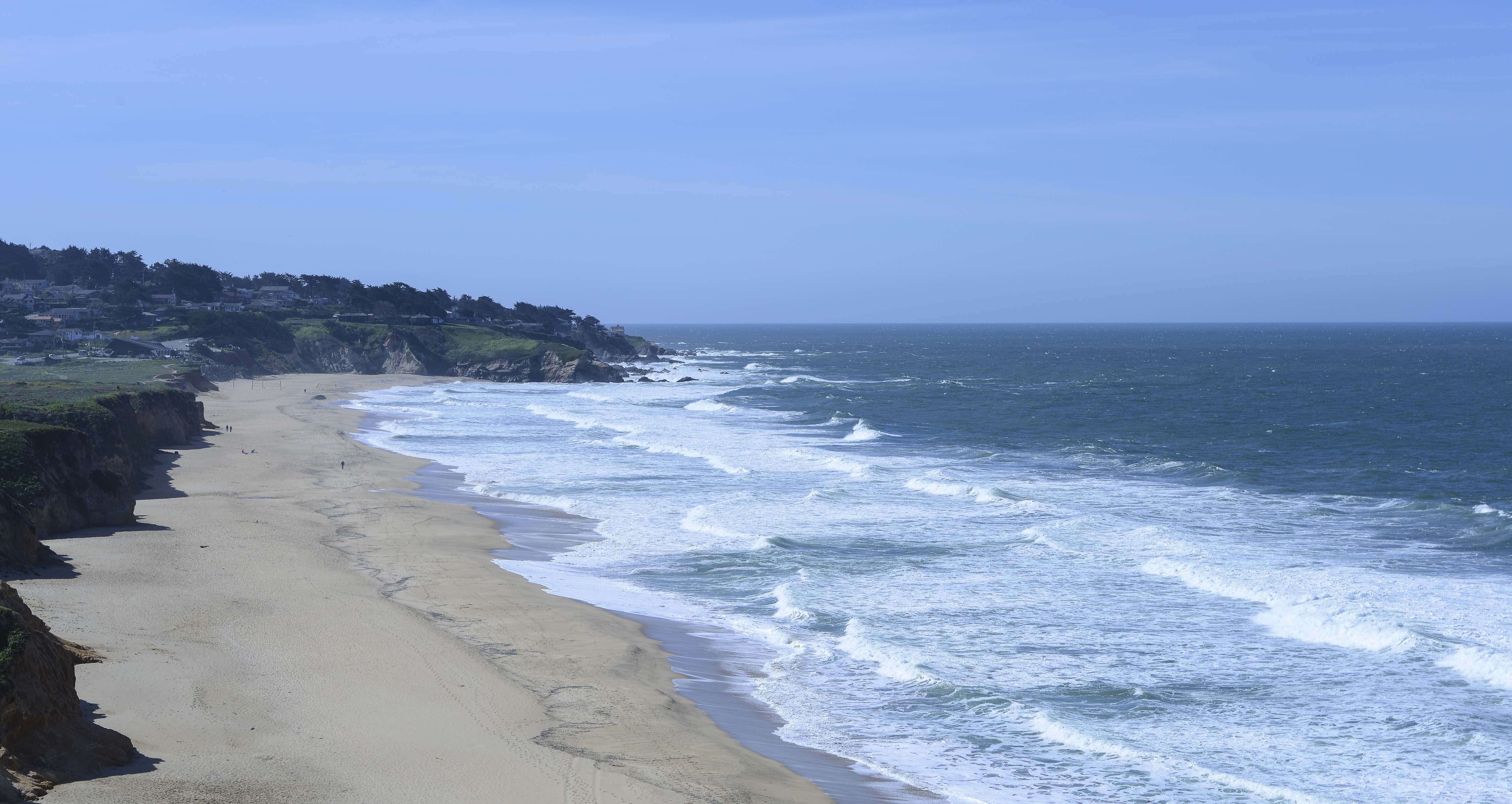 The timing of the program also coincides with the season when ground-level ozone (smog) concentrations are typically high. The 10-knot target allows ships to travel at an efficient operating load using less fuel and producing less pollution. Ocean-going vessels transiting the California coast generate nitrogen oxides (NOx, a precursor to smog), sulfur oxides (SOx), particle pollution, and greenhouse gases (GHGs). These vessels account for more than 200 tons of NOx per day emitted off the coast of California, which affects ozone levels onshore in many regions of the state. The areas of greater Los Angeles (including Ventura County), Santa Barbara, and the San Francisco Bay do not meet the state and/or federal air quality standards for ozone.

Three award tiers recognize participating companies based on the percent of distance their fleet traveled through the VSR zones at speeds of 10 knots or less. The three award tiers are Sapphire (75-100 percent of fleet total distance in VSR zones traveled at 10 knots or less), Gold (50-74 percent), and Blue Sky (25-49 percent). Automatic Identification System (AIS) transponders on each ship transmit the ship’s speed, heading, and location; AIS data was analyzed for each fleet and the company’s performance was classified by tier. Companies that performed at Gold or Sapphire level were awarded a financial incentive. 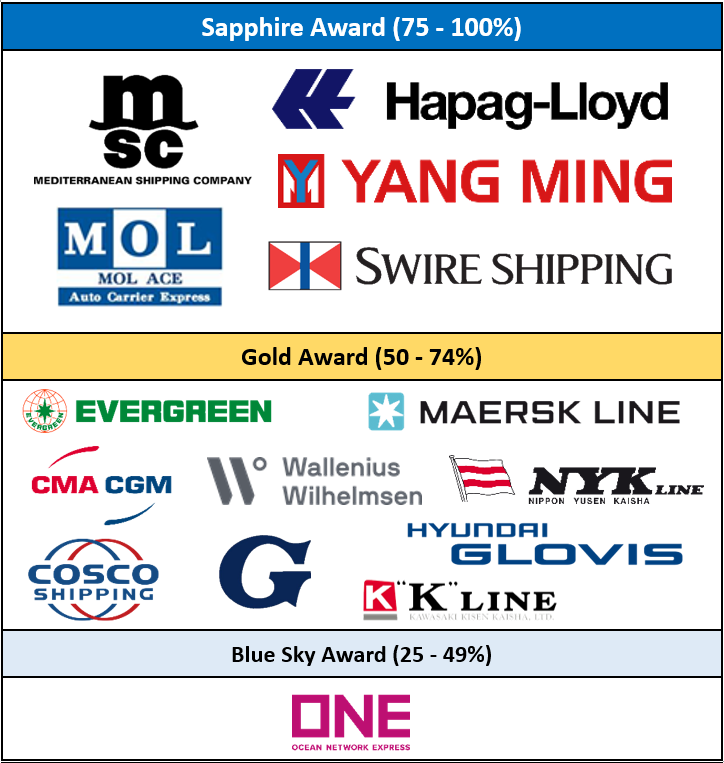 MSC, Hapag-Lloyd, Yang Ming, and MOL ACE notably achieved the Sapphire tier in the large company category (greater than 30 transits) by slowing down more than 800 transits, combined. Swire Shipping achieved the Sapphire tier in the small company category (less than 30 transits). For their outstanding commitment, all five of these companies earned the Protecting Blue Whales and Blue Skies Whale Tail award.

The VSR incentive program has expanded in scope and environmental benefits each year, including 2020, which marked the sixth year. Highlights of the 2020 program include:

• Ships in the program transiting the Santa Barbara Channel 100-nautical-mile VSR zone traveled at 10 knots or less for 59 percent of the total miles travelled. This number has steadily increased season after season, as during 2017, only 21 percent of the miles were traveled at 10 knots or less. This shows the increasing commitment by the participating companies over the years.

• In the San Francisco Bay Area 30-nautical-mile VSR zone, 2020 cooperation from the participating companies increased to 68 percent. Participation in this zone has also increased season after season, as during 2017, only 50 percent of the total nautical miles were traveled at 10 knots or less.

• The initial estimate of emission benefits for the 2020 program are 748 tons of NOx and 24,258 metric tons of GHGs. That amount of GHGs is equivalent to the GHG emissions from 5,276 passenger vehicles driven for one year, or the amount of GHGs produced by charging more than 2.9 billion smartphones. These numbers represent approximately a 25 percent reduction in NOx pollution from the ships that participated in the program, as compared to baseline conditions.

• There was a 35 percent decrease in the risk of ship strikes for vessel transits participating in the 2020 program when compared to what would have occurred had the vessels traveled at their normal, faster speeds.

• Shipping fleets in the Sapphire, Gold, and Blue Sky award tiers had sound levels that were approximately 4 decibels (dB) per transit less than fleets that did not slow their speeds. With a reduction in noise pollution emitted, whales can likely communicate easier.

The 2021 program is underway. For more information, visit www.ourair.org/air-pollution-marine-shipping.