An Indian appeals court acquitted 35 crewmembers and security guards of the Seaman Guard Ohio on Monday.

The 35, six former British soldiers, 14 Estonians, three Ukrainians and 12 Indians, were sentenced in January last year to five years in prison on charges of illegally transporting weapons and ammunition in Indian waters in October 2013 on the anti-piracy vessel, which was operated by AdvanFort.

Justice M. Basheer Ahamed said the charges against them had not been proven. He also said a fine of 3,000 rupees ($65) paid by each would be returned.

The families of the British men, dubbed the Chennai 6, have thanked all those that have supported them throughout their campaign to have the men freed. They now wait to hear how long it will take to complete the paperwork to allow the men home. 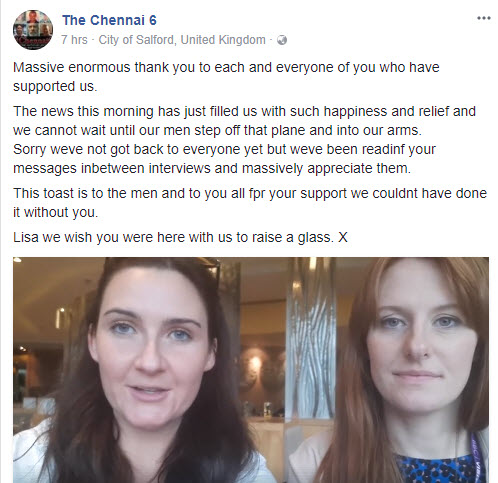 The International Transport Workers’ Federation (ITF), one of the organizations that has provided support for the crew since their arrest, funded the appeal. ITF seafarers’ section chair, David Heindel, commented: “At last there is some form of justice, even if it cannot restore to the men the time lost since their arrest in 2013.

“Unfortunately, one glaring injustice remains: the scandal of AdvanFort getting off scot-free, having washed its hands of its employees. They took the money, they sauntered off, pockets bulging. It is nothing short of shameful that our justice system allows them to get away with this.”

International maritime charity Sailors’ Society, which has also been supporting the crew, will be offering the men counseling and other practical help to rebuild their lives. Sailors’ Society has been working closely with the Indian and Ukrainian crew and families from the ship.

Stuart Rivers, CEO of Sailors’ Society, said: “Our chaplain in Chennai Manoj Joy is currently breaking the news to the crew and their families, who have been desperately waiting to hear the result. Once Manoj receives the release papers from the court he will travel to the prison where the men are being held to secure their release and organize their transport back to their loved ones.

“The families will be overjoyed – but it can take considerable time and support to recover from an ordeal like this. They have missed precious years with their loved ones, including births and deaths of their close family.”

Joy provided welfare and financial support for the crew and their families throughout their ordeal, as well as helping the seafarers’ lawyers prepare their appeal. He also helped fight for the Ukrainian captain of the ship, M. Dudnik Valentyn, to receive hospital treatment after being diagnosed with terminal cancer.

Within 36 hours of the men being arrested, The Mission to Seafarers provided counseling, advice, and financial support around the clock to the men and their families. The Mission has provided and administered a legal fund to fight the men’s case, as well as paid for medical treatment for the Valentyn’s terminal illness in partnership with the ITF Seafarers’ Trust.

Ben Bailey, Director of Advocacy, The Mission for Seafarers, commented: “Today is a day that we have long campaigned for. Maritime security professionals provide an important service in protecting seafarers from piracy... The case of the Seaman Guard Ohio highlights once again the issue that millions of merchant seafarers often face when carrying out their everyday jobs. The criminalization of seafarers remains a constant threat to those who are responsible for transporting over 90 percent of world trade.” 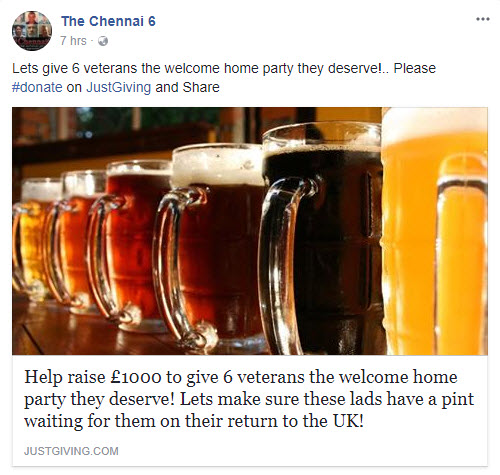