Seafarers: Governments Need to Step Up on Repatriation

Daily we see the stories of how people and societies are coping with the pandemic including the effects of living in isolation, such as loneliness, mental illness, boredom, anxiety and depression. Yet there is another significant group of people who are out of sight yet on whom our societies depend and who are vulnerable to the same effects isolation, exacerbated by fatigue and separation from their homes. These people are the seafarers who keep maritime trade going so that the food, raw materials, energy and manufactured goods on which so many depend can continue. Ninety percent of global trade is transported by commercial shipping. In Australia, an island continent, it is 98.2 percent.

We rely on seafarers to deliver.

Seafarers already work in an environment of isolation and for months at a time. In the past they had the respite of shore leave in places they visited and the expectation of repatriation at the end of their service on ship. Not now. In very many cases they find themselves in a “no man’s land” confined to their ships and having to extend their service unable to get relief crews out or flights home.

Countries that might have been expected to show leadership in upholding international conventions that facilitate movement of seafarers have shown themselves insular and have not stepped up to the task. Yet other nations have shown how it can be done effectively. Their have been some surprises.

Every month around 100,000 seafarers need to be changed over from ships worldwide to comply with safe working hours and crew welfare.

Instead we see ships’ captains and shipowners put into impossible dilemmas and unable to comply with international laws or regulations regarding the health and welfare of their crews.

Chevanev Charles, maritime law specialist from Temple Stoke Law Chambers, wrote in The Maritime Executive on April 29, 2020: “The primary responsibility of repatriating a seafarer is on the shipowner and not the government of the seafarer’s home state.

“This pandemic is unprecedented, and our primary concern should be the well-being of the seafarers. We should work together to find creative and cost-effective solutions to bring them home safely. Governments that are prioritizing their seafarers’ needs and negotiating on their behalf should be applauded. Seafarers need our support and they deserve it because these men and women sacrifice so much to maintain the shipping industry and have prevented, in many ways, 'half of us from starving and the other half from freezing.'”

On May 1, at noon ships around the world sounded their horns, or “whistles,” in support of the unsung heroes of global trade. Some in the maritime community ashore blew musical instruments in solidarity. We all need to acknowledge them. 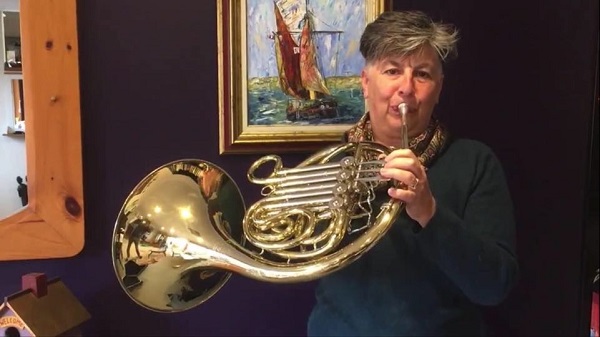 Whilst our health and medical people are on the front line in this battle we know from history that outcomes in conflict are determined by logistics and supply. Seafarers are the unsung heroes in this regard.

In all of this we need to include seafarers on cruise ships. Much attention and action related to the health and repatriation of their passengers at the time cruise ships stopped sailing. Since then crews have become invisible and large crews are still aboard being denied landing or air travel. Even those from ships that have no history of current illness are subject to restrictions and additional protocols hampering movement. Captains and shipowners trying to do the right thing are frustrated by bureaucracies that are not adapting to the need for solutions. It should not be forgotten that this industry also makes a significant contribution to many economies and is a major employer.

The International Chamber of Shipping, which represents 80 percent of the world’s merchant shipping tonnage, and the International Transport Federation which speaks for two million seafarers, have issued a bipartisan call for action to:

1. Designate a specific and limited number of airports for the safe movement and repatriation of crew.
2. Redefine seafarers as key workers providing essential services during the COVID-19 pandemic, lifting national restrictions designed for passengers and non-essential personnel.
3. To deliver their commitment to keep supply chains open by taking urgent measures on the issue.

Seafarers need to be supported and enabled in the essential role they play in our societies so that the human factor does not fail and make the recovery stage from this pandemic more difficult. These are avoidable “own goals.”

In the Port of Rotterdam a chaplain of the  Mission to Seafarers, an international Christian charity, tells first hand of the anxieties of seafarers he visits and how local school children wrote thank you cards to be delivered along with other gifts to crew of ships in port. In Australia when the cruise ship Ruby Princess was docked in the Port Kembla the local people showed humanity and support along with the Mission to Seafarers and the Apostleship of the Sea. These people understood.

Governments need to step up and facilitate ship crew changes.

Exact figures vary but it is estimated that around 150,000 seafarers are in need to repatriation right now. Action is needed urgently.

As Queen Elizabeth II said in a rare broadcast this Easter: “I hope that in the years to come everyone will be able to take pride in how they responded to this challenge.”

Commodore Christopher Rynd (retired) is the Chairman of The Nautical Institute, SE Australia.