Please, Get Real with Ship Recycling 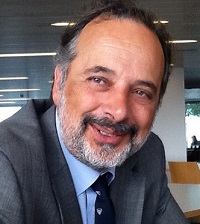 Last week five European ship recycling yards announced that they signed an agreement that establishes the European Ship Recyclers Group (ESR). In its statement ESR said: “Our first target is to create awareness of the recycling capacity in Europe which today is over a million ton. We have to ensure that our member yards are on the top of the ship-owners’ list for dismantling their ships. Our message is a clear one. If we can handle them let’s keep the E.U. flagged ships in Europe.”

Furthermore, the Group says that it aims to speak with one voice to the European Commission, which is responsible for the implementation of the new E.U. Ship Recycling Regulation, and to unite all European recycling.

The day following the establishment of ESR, the NGO Shipbreaking Platform issued an announcement: (1) welcoming this initiative; (2) alleging that ship owners are rejecting European recyclers under the false pretext that there is no recycling capacity in Europe; (3) reaffirming ESR’s claim that the European Union yards have a combined capacity of 1.1 million LDT; (4) stating that almost all European yards had said to the Platform that, if they would be promised an increased market share of the commercially owned vessels, they would invest to enlarge their facilities; and (5) calling for European legislation to oblige all ships visiting European ports to pay a Ship Recycling Licence to finance the closing of the price gap with South Asia.

It is understandable that European ship recyclers wish to maximize any opportunity that the European Ship Recycling Regulation may offer them. However, I think that the new organisation is getting carried away with its own marketing and the views of the Platform.

Seen in this light, the idea of recycling ships for their steel in Europe (or in the U.S.), in order to export ferrous scrap to Turkey1 (which is the destination of 58.8 percent of E.U.’s scrap steel exports in 2015), to India (10.4 percent of E.U.’s exports) and to Pakistan (7.2 percent) is plainly absurd and not worth serious consideration. Nevertheless, this is exactly what the ESR and the NGO are saying in their public statements.

Each of the 18 European recycling yards that applied and that have already been included in the European List of approved yards, had to declare in their applications the maximum annual tonnage they have recycled in the last decade. This is what is termed as the ship recycling capacity by the European Regulation, as well as by Hong Kong Convention.

Naturally, this metric results in an overestimate of true current capacity as, for some of the yards their maximum annual tonnage may reflect capacity of a few years ago that is no longer there. In fact, amongst the 18 E.U. yards currently appearing in the European List there are yards that are not currently recycling ships. In any case, the self declared maximum annual capacity of the 18 European yards is 303,065 LDT2, and definitely not the wishful figure of 1.1 million LDT that is claimed by ESR and the NGO.

We have to assume that the people who run the European ship recycling yards must be capable businessmen. How then can they keep a straight face when saying they have to ensure that their member yards are on the top of the shipowners’ list for dismantling their ships? Even forgetting Chinese and South Asian yards, why on earth should any owner of an ocean-going ship not sell his ship to a Turkish recycling yard for multiples of the price offered by E.U. yards?

The European ship recycling yards are not, and will not be the destination for end of life ocean-going commercial ships. Instead, the real market for European ship recyclers is made up of: E.U. government ships; ships that are immobilised in E.U. ports because of damage; and, primarily, the plethora of smaller European based ships and boats for which repositioning to South Asia, China and even Turkey would be impractical and economically prohibitive.

To get a feel of the magnitude of the small ship market we may examine the size distribution of the world fleet3. At the end of December 2015 there were 111,806 ships over 100 Gross Tons in the world. If we make the reasonable assumption that ships below 3,000 GT are not likely to travel a great distance to a recycling yard, this means that 75,998 ships between 100 GT and 2,999 GT, or 68 percent of the world fleet’s ships, will be recycled in local yards.

A similar proportion of the fleet trading in European waters should also be expected to be recycled in European yards. To these ships one should add the vast number of boats below 100 GT. This is the natural market for European ship recyclers, and it would appear wiser for ESR to concentrate on these ships rather than support the unreal propositions of the Platform.