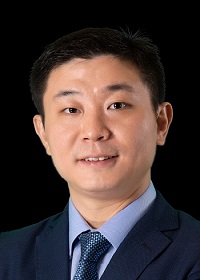 Edward Liu, Legal Director, Hill Dickinson Hong Kong, considers whether mediation presents an alternative and feasible resolution method for maritime disputes and highlights what Hong Kong has to offer as a mediation hub:

It is an undeniable fact that the international maritime market has been experiencing recession over the past decade. As a consequence, the value of the maritime disputes involved has also significantly decreased compared with the time when the shipping market initially suffered collapse in 2008. Therefore, a search for cost-effective and efficient means to resolve shipping related disputes becomes even more important.

From the perspective of the global shipping market, arbitration has been widely adopted to resolve maritime disputes. Traditionally, the maritime industry considers that arbitration has more advantages than litigation. However, modern international commercial arbitration, including maritime arbitration, is facing major issues on time and costs.

There has been concern that modern arbitration is becoming more and more “judicialised” with sophisticated and regulated procedures. This in turn leads to procedural delay and increase in costs. It is in such context that mediation is finding renewed vigor in resolving shipping disputes.

One example is BIMCO which recognized the value of mediation and thus, it has incorporated mediation clauses into the BIMCO Dispute Resolution Clause 2018, which provides, inter alia, that parties may refer any dispute to mediation at any time, even after commencement of an arbitration proceedings. It also provides that refusal to mediate may be brought to the attention of the arbitral tribunal and may attract costs consequences.

Another example of mediation being incorporated into dispute resolution clauses is the SCMA Arb-Med-Arb Clause drafted by the Singapore Chamber of Maritime Arbitration.

In addition to mediation clauses, it is noted that specific mediation rules for maritime disputes have been developed by maritime arbitration institutions. For instance, the Society of Maritime Arbitrators of New York has published the SMA Rules for Mediation 2016. Further, under the arbitration rules of China Maritime Arbitration Commission (CMAC), where parties wish to mediate, the arbitral tribunal may mediate the dispute during the arbitral proceedings. CMAC has also established Maritime Mediation Centre to provide professional and efficient services for parties and encourage them to try mediation for an amicable settlement.

Last but not least, the most pioneering maritime arbitration institution – London Maritime Arbitrators’ Association (LMAA) – has also established two panels of mediators to provide mediation services, one is LMAA Mediation Panel and the other is LMAA/Baltic Exchange Mediation Panel.

Secondly, Hong Kong is situated in a strategic geographic location and has been included as part of the Belt and Road Initiative and the Guangdong-Hong Kong-Macau Greater Bay Area development. With China emerging as a major maritime nation, it is foreseeable that maritime disputes involving mainland parties may increase. The Hong Kong mediation sector is in the best position to offer mediation services to the shipping industry and beyond.

Thirdly, Hong Kong has a comprehensive institutional framework relating to mediation, including the Mediation Ordinance and the Apology Ordinance. Further, the Arbitration and Mediation Legislation (Third Party Funding) (Amendment) Ordinance 2017 provides that third party funding of mediation is permitted under Hong Kong law and is not prohibited by the common law doctrines of maintenance and champerty. In addition, Hong Kong’s judiciary is also mediation-friendly and the law encourages disputing parties in civil litigations to engage in mediation to facilitate the settlement of disputes.

Last, but not least, the mediation sector in Hong Kong is well-developed with an extensive network of professional mediation institutions and a wide pool of high-quality mediators under a sound and regulated accreditation system. Currently, there are about 30 organizations providing mediation and training services in Hong Kong. Mediators in Hong Kong are familiar with both Eastern and Western cultures and are equipped with international vision. They stand ready to provide professional and quality mediation services to the shipping industry.

After a year and a half, the aircraft carrier USS Gerald R. Ford has formally closed out a unique "post-delivery test and trials" period. Though four of her 11 weapons elevators are not yet operating and she is not equipped to support the Navy's most modern fighter jet, the service says that Ford's crew have made great strides in preparing the vessel for operations. They have corrected almost all of the 9,000 work items that were incomplete when the Navy...

Salvage operations commenced on the capsized Seacor Power, which remains partially submerged approximately seven miles off Port Fourchon, Louisiana. Salvage crews under the supervision of the Unified Command established by the U.S. Coast Guard and the vessel’s owner Seacor Marine, set up operations beginning May 1 as the private volunteer search effort came to an end.  The liftboat partially sunk on April 13 shortly after departing port. It encountered heavy seas during a sudden and intense storm. Seven crewmembers remain...