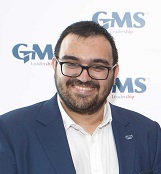 While the shipping community is focused on the IMO 2020 sulfur cap and the Ballast Water Management Convention, which are of course important issues, the E.U. ship recycling regulations that are ready to be applied are equally important and will have massive implications for the shipping industry’s future for a number of reasons:

Capacity: There is not enough capacity in Europe to recycle all the E.U.-flagged ships. Even the European Community Shipowners’ Associations (ECSA) reported in a public statement: “The current edition of the E.U. list of approved ship recycling facilities only features yards situated in Europe and has a capacity of around 300,000 light displacement tonnes (LDT). For ECSA, this demonstrates clearly that only when third country ship recycling yards will get E.U. recognition and added to the list, there will be sufficient capacity.”

We also need to understand that there is a discrepancy between the actual recycling capacity and the theoretical capacity and that some of the European yards that are included in the capacity figure have not been recycling vessels.

Catastrophic drop in Asset Values: If all the E.U.-flagged vessels are forced to be recycled within the European Union, then the owners will not only struggle to find capacity but also the asset values are expected to depreciate by up to 75 percent. For example, a VLCC with a residual value of $16 million in India today may be worth less than $4 million in an E.U. yard. In addition, we must not forget that till today a VLCC has never been recycled in an E.U.-based yard.

Perception: In an effort to spread fake news, some specific groups claim that there are no other recycling yard options outside the E.U., where ships can be recycled in a safe and responsible manner. This is simply not true.

E.U. versus the Hong Kong Convention: The implementation of the regulation that the European Commission appears to be heading, whereby it is not supporting the development/improvements that are taking place in the major recycling centers of the world, is undermining the role of the Hong Kong Convention and destabilizing the industry as a whole with significant repercussions that the European Commission either ignores or disregards.

Quality: The majority of yards in India have been significantly upgraded to meet the standards of the Hong Kong Convention. These yards have been vetted and approved by IACS-members like ClassNK, RINA and IRS. Several E.U. owners have successfully recycled their vessels at these facilities and vouch for their quality standards.

Urgency and Relevance: This is the last window of opportunity to deliberate this issue before the E.U. regulation is implemented.

As we are now approaching the date of the regulation’s implementation, we must alert both the European Commission and the shipping community to “brace for impact” as undoubtedly there will be a massive disruption in the shipping industry that could potentially lead to significant repercussions, unless Hong Kong Convention compliant yards in traditional ship recycling countries are approved by the European Commission and included in the European list of approved yards.

Michail Matthaiakis is a Trader in the SnP department at GMS.