Opus Marine GmbH, the highly specialized offshore logistics service provider from the Zeitfracht Group, is growing. On Thursday in Cuxhaven, the company gave a new Damen Fast Crew Supplier (FCS) 2710 the name Allegro. The vessel will begin immediate operations, transporting technicians to wind farms offshore. The crews will enjoy the highest possible comfort onboard a vessel of the latest generation. The vessel was built by Damen Shipyards Group in Antalya.

The Fast Crew Supplier (FCS) 2710 is the first of its kind to fly the German flag. Opus Marine will place the vessel within its existing fleet, consisting of six vessels for the offshore wind industry in the North and Baltic seas. Opus Marine place the order for the vessel in December last year. As a result of Damen’s philosophy of building standard vessels in series, its vessels can be delivered very quickly. The FCS 2710 was already under construction when the order came. 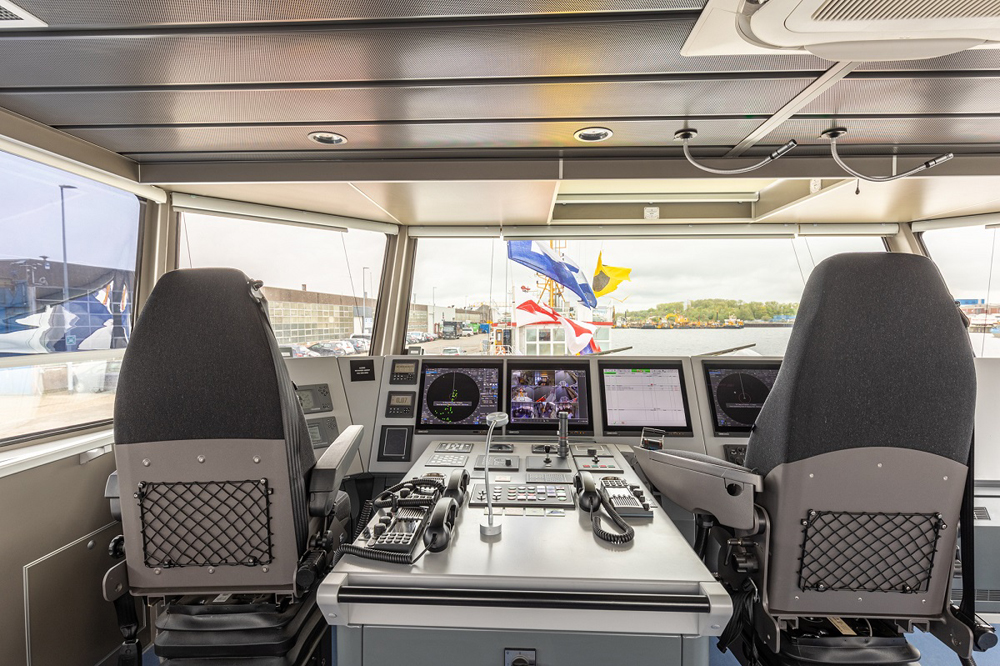 Among the company’s fleet Verdi – a Damen FCS 2610. This predecessor of the FCS 2710, of which about 50 ships were built, were a game changer in the offshore wind sector and became a reference in the industry. The FCS 2710 builds on the success of this. It features the same Twin-Axe bow, which ensures safe and comfortable transport even in rough seas. A key feature is that the ship is one meter higher above the water than the predecessor vessel. This means that the FCS 2710 can be used in weather conditions with a wave height of over two meters, significantly increasing the operational window. The FCS 2710 also offers additional deck space, more tank capacity and additional accommodation.

The Damen Shipyards Group was the first address for Opus Marine when it wanted to expand its fleet. This was based on previous experience, says Bernhard Messer, Managing Director of Opus Marine: “We saw no reason to change this winning team. The goal is to provide our customers with the best crew transfer service – using only the best ships. When the going gets tough, Damen has proven itself to be an impressively reliable partner, characterized by excellent back office services and consistently high-quality technical support. We are happy to welcome the Allegro as our newest vessel and with the further successful cooperation with Damen.”

Damen sales manager Joschka Boddeling says: “We are very happy that one of our ships has been named again today. The collaboration with Opus Marine in Germany began in 2015 with the delivery of one of the first FCS 2610 vessel for 24 passengers. We appreciate this partnership very much and wish Bernhard and his team success with Allegro.”