Nano-Clear® Industrial Coating has been selected as the winner of the prestigious NACE MP Corrosion Innovation of the Year Award (Coatings & Linings category). The award was announced and presented to Thomas Choate, CEO of Nanovere Technologies during the NACE 2019 Corrosion Conference & Expo. This distinguished award is presented only once every two years at the world's largest event for the prevention and mitigation of corrosion. 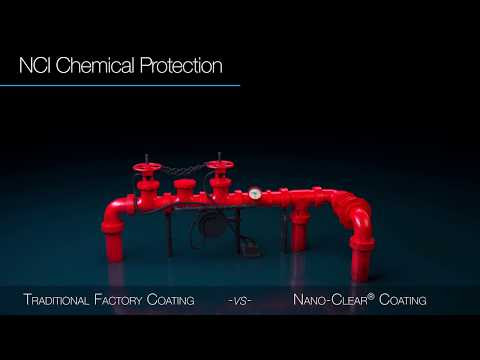 Global nominations were rated by a panel of leading corrosion experts spanning multiple niches across the industry. Each winning innovation had to demonstrate the potential for a significantly positive impact on corrosion control, prevention and mitigation by improving an existing corrosion-control solution, or by providing a new solution where none previously existed. It was also necessary to demonstrate that the innovation performs as described with supporting documentation from laboratory or field test results.

The National Association of Corrosion Engineers (NACE) International is a standards developer that is globally recognized as the leading authority for corrosion control solutions. NACE International was formed in 1943 and serves nearly 36,000 members from 130 countries.