The charity offers practical and emotional support to more than 50,000 seafarers passing through North West of England ports each year with bases in Liverpool Cruise Terminal, Crosby and Eastham.

Formed as a joint initiative between the Catholic and Anglican Mission’s in Liverpool, it now garners the support of many other cross denominational faiths and organizations.

LSC CEO John Wilson said it was a proud moment for the charity which is driven by one central mission - to deliver 'world-class care' to the 'silent army' of seafarers living very challenging lives. He said a big touchstone for the 10th anniversary celebrations will be Sea Sunday which falls on July 14. He said LSC will be working with parishes across the North West to raise awareness of seafarers tireless work transporting 95 percent of everything the UK imports and exports. He said there will be a specific call on Sea Sunday for more volunteers to help at ports in Liverpool, Garston, Eastham, Silloth, Barrow and Workington.

“We are thrilled to have reached this landmark anniversary,” he said. “A pivotal moment involved the setting up of one central headquarters at Colonsay House in Crosby to direct our seafarer welfare support program. Since then our work has been centered around on-board visits focusing on direct interaction with seafarers.

“In addition we recently launched a second facility in Eastham to increase our presence in the Manchester Ship Canal with further plans in the pipeline to expand our service across Merseyside, Cheshire, Lancashire and Cumbria. While service delivery has evolved over the years, our mission has never changed. It remains firmly focused on providing ‘a lifeline’ to seafarers, both active and retired. The center’s in Crosby and Eastham offer a safe and secure place to relax whilst also receiving wide-ranging support.

“Our work includes support for ‘major life events’ such as a family bereavement, trauma, marriage, divorce or birth of a child. We also act as a go-between and can talk to the ship management company if there are problems to ensure seafarers are being properly cared for. On a practical level we provide a variety of support including access to WIFI, money exchange and a physical base on land where crew can take a break from the vessel. Another key role involves ensuring the Port of Liverpool and the maritime industry on Merseyside maintains its reputation as a friendly caring port. It is one of the few port cities to have a seafarer welfare centre in a cruise terminal.”

Wilson said the formation of LSC was sparked by the work of Liverpool Bishops’ John Worlock and David Sheppard who campaigned tirelessly to overcome divisions between the Catholic and Anglican communities during the 1970s and 1980s.

“Due to growing demand Liverpool’s first seafarer outreach work began in the mid 19th century with the Anglican Mersey Mission to Seafarers founded in 1856. This was followed by the Catholic Apostleship of the Sea (Liverpool), founded in 1937. Liverpool Seafarers Centre as we know it today is the result of a successful partnership between the two organizations. The Mersey Mission to Seafarers and Apostleship of the Sea (Liverpool) had previously worked in isolation of one another, running small satellite centers including operations in Runcorn, Birkenhead and Salford. The merger ultimately enabled the two organizations to dovetail and pool resources. 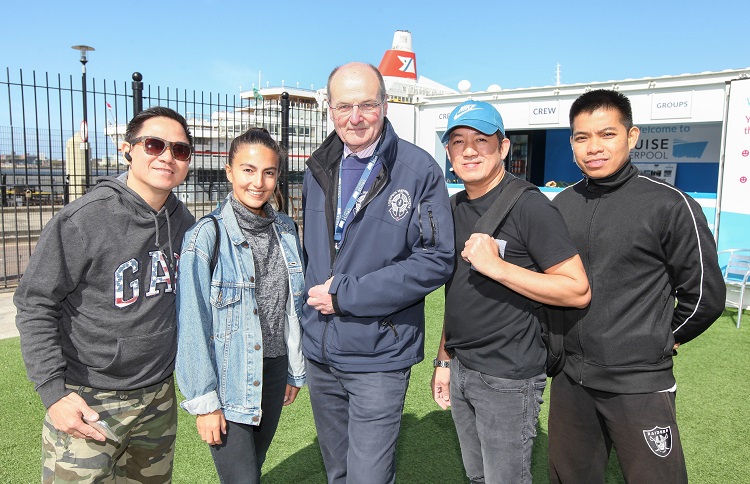 Two leading class societies are helping the passenger vessel sector restore operations by rolling out new certifications for infection prevention measures. Class has played a key role in certifying safety since the Age of Sail, and many class societies have diversified into certification for shoreside sectors as well - like healthcare and hospitality. Both DNV GL and Bureau Veritas have public health-related experience from their work for clients on shore, and both have introduced shipboard infection-prevention certifications that unify that...