Fincantieri Bay Shipbuilding and Polaris New Energy hosted a private ceremonial keel laying Thursday, June 24, celebrating the start of construction of an LNG (liquefied natural gas) bunker barge. The barge will be named the Clean Canaveral and will operate as an articulated tug and barge unit that initially runs along the East Coast of the United States, providing LNG bunkering solutions to NorthStar Midstream’s customers.

Modern ships are now largely built in a series of pre-fabricated, complete hull sections rather than being built around a single keel. The event recognized the keel laying as the setting of the first modular components. This tradition dates back to the times of wooden ships and is said to bring luck to the ship during construction as well as the Captain and crew throughout its life. 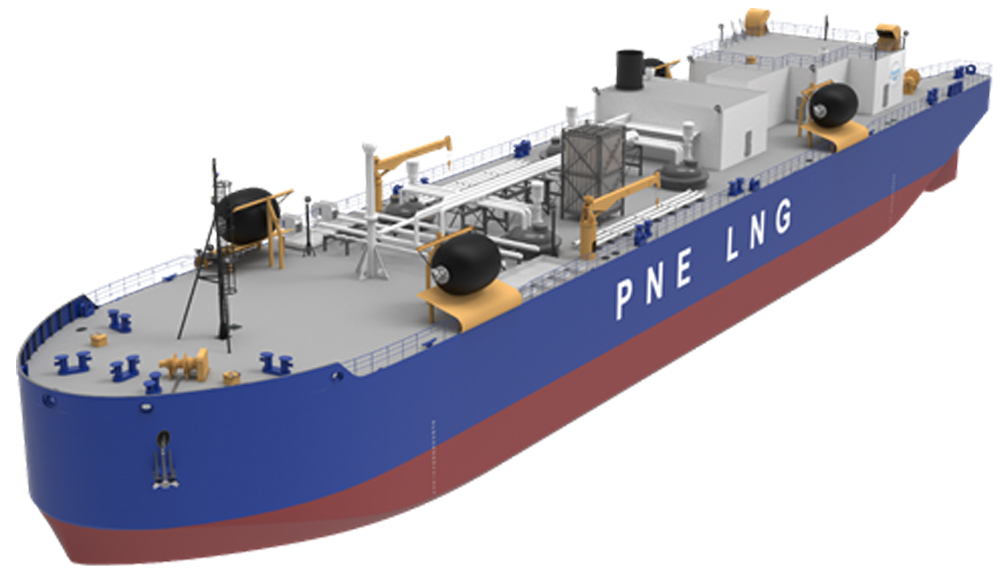 “Our workforce is very proud to construct a new LNG Barge for Polaris New Energy,” said Fincantieri Bay Shipbuilding’s Vice President and General Manager Todd Thayse. “This small-scale liquefied natural gas carrier is being built by a predominantly local, highly-skilled workforce. We are excited about this partnership with Polaris New Energy and hope that is the start of exciting things to come.”

“We are pleased to see the completion of this significant construction milestone,” said Polaris New Energy’s Senior Vice President of Operations Thomas Sullivan.  “We are proud of our productive working relationship with Fincantieri Bay Shipbuilding, the U.S. Coast Guard, and ABS and look forward to the safe and efficient delivery of clean LNG fuel by this state-of-the-art bunker vessel.

The 5,400 m3 barge will be fitted with four 1,350 m3 IMO Type C tanks. It will utilize a cargo handling system designed and developed by Wärtsilä Gas Solutions. Dimensions of the vessel will be 340’ overall length, 66’ beam, and a depth of 32’-10”. The barge will be an ABS Classed barge. The vessel is slated for completion in late 2021.