Dake Corp., a leading manufacturer of industrial strength metal working machines, celebrated its history and commitment to its community with the donation of a memorial plaque honoring the United States Coast Guard Cutter (USCGC) Escanaba during the 2018 Coast Guard Festival in Grand Haven, Mich. The memorial plaque is made of solid brass to honor the Escanaba and the sailors who lost their lives when the ship sank in 1943.

“Like the USCGC Escanaba, Dake has a long history in Grand Haven where we opened our doors in 1887,” said Mitch Mittlestadt, president of Dake. “We are honored to have been a member of this community for more than 130 years and are very grateful to have the opportunity to honor a piece of Grand Haven’s history with the memorial plaque.”

The USCGC Escanaba— an ice-breaking and search and rescue Coast Guard Cutter in the Great Lakes—was constructed in 1932 and commissioned in Grand Haven where the ship remained until World War II. The Escanaba sank in June of 1943, causing the loss of 13 officers and 92 crew members. To honor the sailors, the city of Grand Haven remembered the USCGC Escanaba during the Coast Guard Festival.

Dake machine tools has been a staple of the community and has a long tradition of supporting all branches of the military. Once a working brass foundry, Dake created the brass engraving found on the memorial plaque honoring the Escanaba. Dake’s own machinist, Rob Alviar, machined the plaque out of a solid brass block to remember and thank the men and women who served Michigan’s Great Lakes.

The memorial plaque is placed in Escanaba Park along the channel in Grand Haven. 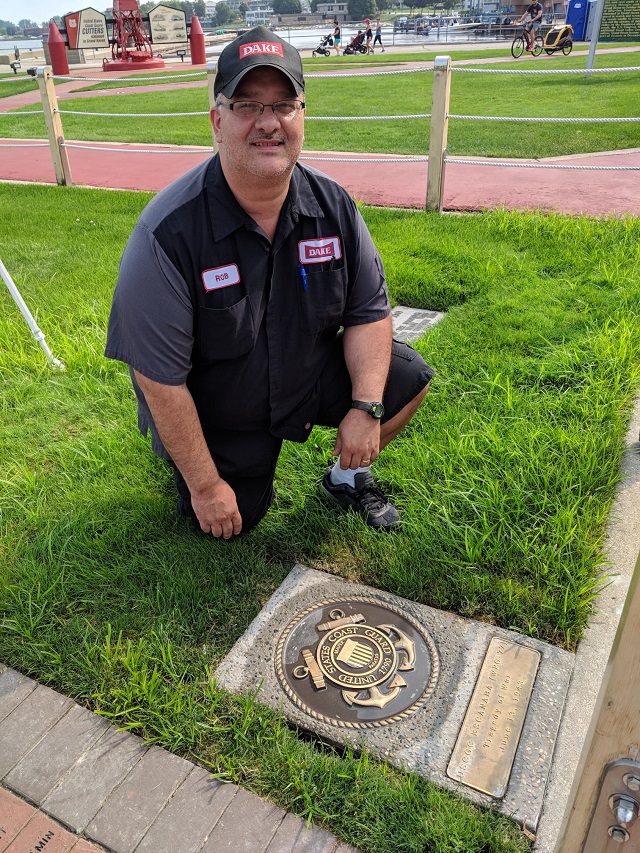 Rob Alviar, machinist at Dake, in front of the complete plaque that is placed in Escanaba Park. 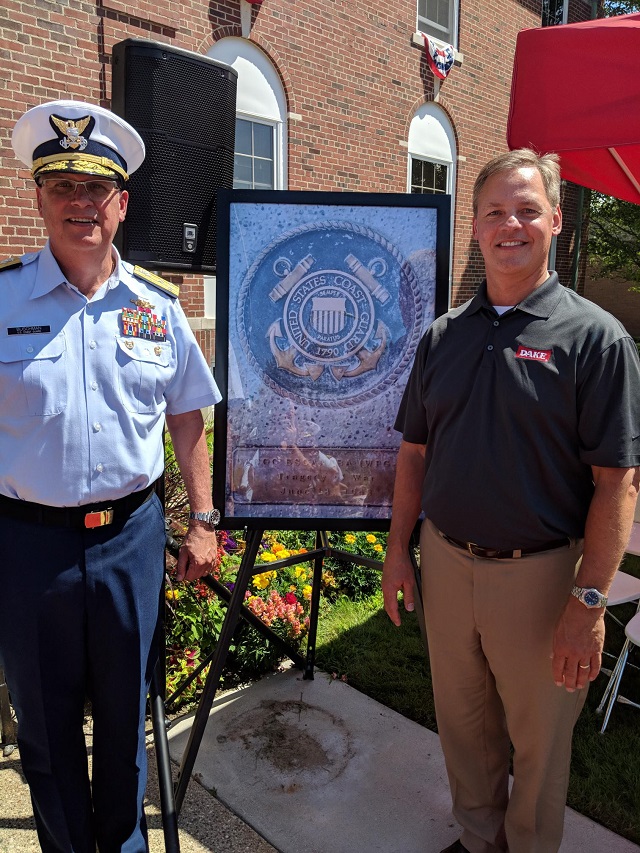 Mitch Mittlestadt and Vice Admiral Scott Buschman, USCG in front of the photo of the plaque at the unveiling ceremony.