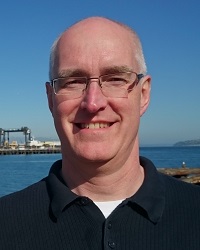 Thinking about buying a new car? Something special with unique options? You probably start with some basic research about the type of vehicle you want and progress to specific research about the make and model that meets your needs. As you narrow the field, you consider a test drive at a local dealer to experience the car first-hand and how the entire package fits together. During the test drive you recognize that this specific car does not have the option package you really want. The sales team offers you a test drive in a car with your options but not in the color or interior you wanted, leaving you to guess at the final product.

Or maybe you want to undertake a remodel of your kitchen and adjoining family room, taking out walls to open the space, adding windows for light, and changing the entry doors for better traffic flow. The architect makes some drawings. The engineers offer required changes for code compliance. But based solely on architectural diagrams and specifications, you are left to create the final 3D image of the project in your imagination.

In both scenarios it can be difficult to make the leap from description and imagination to final design and performance. And in both cases it can be a costly mistake if the outcome is not what you expected -- a $30,000 to $60,000 new car that does not have the options you wanted, or a $90,000 kitchen/family room with poor traffic flow and ill-sized windows.

Now imagine a poor design decision when building a new assist-and-escort tug. The tug, maybe 25 meters long with a 4,000-BHP motor and two omni-directional Z-drive propellers, costs around $10 million. It looked good on paper, but once you put it in service you realized the drive units are too deep for the shallow waters you normally experience during assist, or the top speed is fractionally too small to overcome the river currents that now make it impossible to keep up with a high-speed escort. Or even the visual point of reference from the wheelhouse is obscured by structures on a new barge that was introduced during the design phase of the tug.

How can you avoid these costly mistakes or explore other operational options for such an immense investment?

One way is to use a full-mission vessel simulator like the ones at MITAGS and PMI. Our story about the z-drive tug might then include the development of the tug model in the simulation environment, allowing the master and owner to operate the tug in an area exactly like the one in which it will actually work. Various functional scenarios that mimic what the tug will do on a daily basis can be tested and any operational limits or restrictions identified.

The team can also identify other improvements or changes not considered in the original design and, through rapid prototyping, experience those modifications the same day to determine their value. The entire process could be completed for less than one percent of the final cost of the tug, thereby ensuring a much higher probability of satisfaction with the final product.

Not surprisingly, this is exactly what various maritime firms are beginning to do throughout North America. For example, a leading West Coast tug operator was building a new tug for its unique operating environment. Knowing there were many different combinations of hull forms and propulsions, the company worked with its architectural firm to narrow the number of combinations that would support both assist and escort work in constrained environments.

It then worked with MITAGS-PMI to test-drive the entire subset of proposed configurations, performing the exact maneuvers in a simulated environment that it expected in the real environment. Through this one day of testing the company was able to identify the combination of technologies ideal for its situation. This cost-effective, confidence- building experience reassured them that they were making the right choice for their multimillion dollar investment.

As an added benefit, the team of masters and mates were all able to “drive” their new vessel well before it was ever delivered, reducing the overall break-in time for all hands and more safely incorporating the vessel within their fleet.

Other companies are modeling their new vessels, such as tankers and new classes of articulated tug/barges (ATBs), as they are constructed. Working closely with the naval architects, the modeling engineers build a functional replica of the new vessel for the simulator, allowing the masters and mates a chance to operate the vessel before delivery and suggest new training requirements or infrastructure changes (mooring arrangements at berth, makeup requirements during escort, etc.) well before they become required.

In addition, some firms are exploring radically new designs for assist vessels that explore alternative means of remote control and sensory input, all before the keel is laid or the final design documents are complete.

So we can see a world, right now, that allows us to experience the intersection of imagination and reality through the convergence of design and 3D simulation. It’s worth considering the next time you decide to order that new $10 million tug or $60 million ATB. Adding simulation to your design-and-build processes offers both peace-of-mind and the potential for significant savings, all at a fraction of the newbuild cost.

Bill Anderson is Director of the Pacific Maritime Institute, MITAGS-PMI’s West Coast campus. He is an APA-approved Shiphandling/Bridge Resource Management (BRM) Instructor with more than 30 years’ experience in vessel and facility operations, adult education, engineering and management. His background includes both information technology and nuclear propulsion plant operations. With his MBA, Capt. Anderson provides leadership in training and instruction at MITAGS-PMI and has been intimately involved with both the Navigation Skills Assessment Program® (NSAP®) and the Engineering Skills Assessment Program ™ (ESAP™).