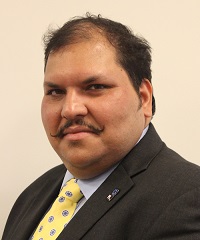 How can you tell when the engineers are watching a movie? Because the volume is so loud that you can hear the dialogue from the bridge. It’s an old joke, but the issues that arise from injuries in the workplace, like noise-induced hearing loss, remain distressingly common.

According to recent research from a major P&I club, the cumulative cost from personal injury claims over the past decade is $155 million; a cautionary reminder that the ocean is still the most dangerous workplace on the planet. For many years it was accepted that simple accidents, such as slips, trips and falls, were a fact of life when serving at sea. Though we are unlikely to fully eliminate these risks, it is a sign of progress that they are no longer an acceptable cost of doing business.

As well as the human and economic cost, the perceptions of unsafe practices can do further long-term damage to a shipowner’s reputation with customers, partners and, of course, employees. Every day, shoreside and deckside personnel tune into the news, read headlines and speak with co-workers, all of which shapes their behavior and guides their actions. By contrast, a shipowner that goes the extra mile to ensure the safety of its seafarers is also investing in their ability to attract and retain the future leaders of their business.

Avoiding loss of life or injury will always be the first concern. All it often takes is a moment’s carelessness, thoughtlessness or complacency to cause an incident, which is why it is so important to instill the right onboard practices, safety standards and mindset.

The role of the insurer is not just to help manage the consequences of an incident, but also to prevent accidents or losses in the first place. When it comes to proactive loss prevention, the survey is an essential tool. To ensure that the crew are fully educated on best practice, DGS for example actively solicits feedback from surveyors of what they’ve seen on each vessel. We instruct them to ensure that they don’t just speak to the ship’s master, but to all ranks on board, including cadets and ratings. This gives them a big-picture idea of what’s happening on board and ensures that there aren’t any knowledge gaps or training deficiencies that have been overlooked.

The cause of injuries at sea can vary a lot depending upon the vessel. On an oil tanker for example, pump room injuries can be more common, and because of the pipelines on deck or the strengthening plates above deck level wearing vessel-appropriate PPE equipment becomes a greater concern. It’s why DGS is helping to pioneer the use of best practice illustrations that clearly and concisely set out appropriate procedures.

Quite often it’s as simple as ensuring that hazards and obstructions are clearly identified and that working areas are kept clear of oil, rubbish and equipment. When you can enforce the correct procedures for common activities, you also start to see corresponding reductions for the less frequent, but more serious mishaps because you’ve instilled the correct mental framework.

A culture of safety is vital, because when you’re not paying attention to smaller issues, it directly impacts the larger ones. Compliance with the International Safety Management Code requires a Safety Management System that sets out the correct procedures for both normal operations and emergency situations. So if a Captain is lax about enforcing rules on wearing PPE, this can lead to a contravention of the company health and safety policy, which could then endanger any subsequent insurance claim.

Of course, the human consequences of an accident should always be a shipowner’s first concern, but it also pays to invest in safety. The costs of medical evacuation, replacement seaman cover, correspondents, investigators, lawyers and, in the event of a loss of life, repatriation and death benefits, can easily run into six figures. Not to mention the commercial penalties from an interrupted voyage. Fortunately most claims tend to be low severity injuries, but the costs are almost always considerably more than it would have been to implement best practice in the first place.

DGS is built upon the wisdom of its experienced Master Mariners, many of who have spent years at sea and understand the pressures that a Master can face. While much of this advice might be thought of as simple seamanship and common sense, it is tried and tested wisdom for reducing incidents and improving seafarer welfare. It’s why leading operators take proactive steps to invest in onboard safety. They understand that the men and women they depend upon to run their ships are paramount to the long-term success of their business.