X-Press Pearl Continues to Smolder as Investigation Gets Underway

The fire aboard the containership X-Press Pearl continues to smolder as teams worked to cool hotspots aboard the vessel. After having burnt for more than a week, firefighters said it could require several more days, but at this time there are no visible flames aboard the three-month-old vessel.

X-Press Feeders, operators of the 36.000 dwt containership, reported that the fire crews are using specialized equipment brought in from the Netherlands to locate hotspots aboard the vessel. They are using heat-seeking equipment while spraying and misting the hull and hatches to cool the ship. Smoke can still be seen rising from the rear of the vessel.

The firefighting efforts have been challenged by high seas and strong winds. Today, officials reported that the winds increased due to a monsoon in the region. 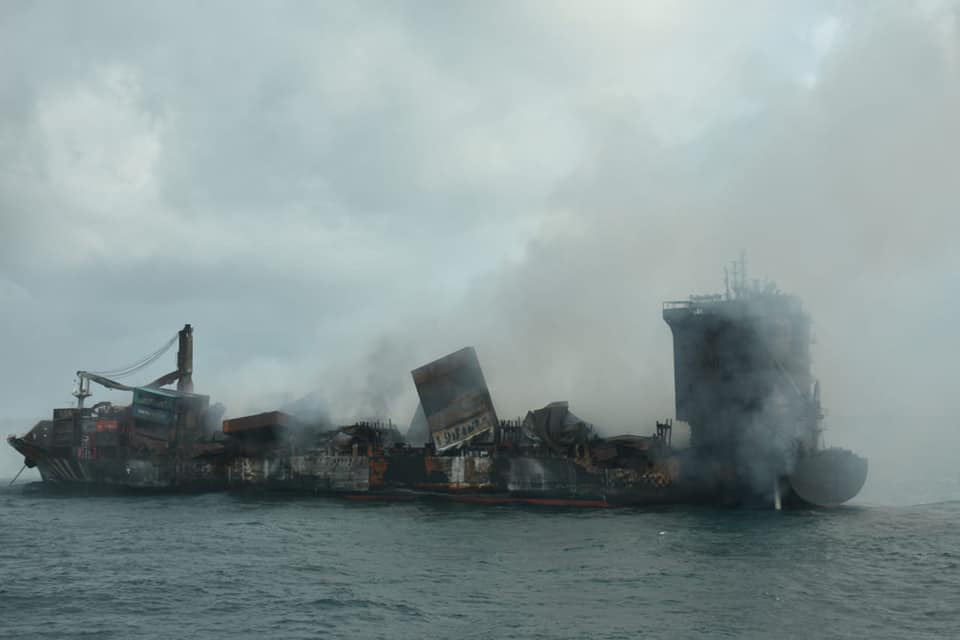 An initial survey of the vessel said that the hull, so far, has remained intact. There were fears that the intensity of the fire might compromise the integrity of the hull. X-Press Feeders said that SMIT, which was hired to fight the fire and handle the salvage, was exploring the possibility of getting aboard the vessel to attach a tow connection, but Sri Lankan officials said it was currently too hot to board the vessel. They also said they wanted to be certain that the vessel could withstand being moved from its current anchorage approximately 9.5 miles northwest of Colombo.

Contractors have also been brought in to assist the Sri Lankans in a clean-up of the beaches as debris from the fire continues to wash ashore. The chief of Sri Lanka’s Marine Environment Protection Agency, Dharshani Lahandapura, told reporters that this was possibly the worst environmental disaster in the country’s history. He said efforts were underway to determine the extent of the damage, but he was certain it was the worst environmental incident in his lifetime.

In addition to metal and other debris washing ashore, containers have washed ashore as well as the contents from other containers that broke apart after they fell into the ocean. Among the range of debris they are now reporting on the beaches are tons of microplastics. So far, however, they are reporting no oil leaks from the vessel’s bunkers.

The MEPA reports that it has commenced water sampling as well as testing of the burnt debris recovered from the beaches. They are looking for chemical residues, including possibly the nitric acid the vessel reported in its cargo.

Sri Lanka’s Criminal Investigation unit from the police department has also begun interviews of the crew and collecting information. Sri Lanka officials have said that they anticipate filing charges against the captain and ship’s owner for causing the environmental disaster. They continue to investigate the reports that the captain was aware of a chemical leaking from one or more of the containers before the vessel reached Sri Lanka.

In the fall of 2020, Sri Lanka demanded restitution from the owners of the oil tanker New Diamond after the vessel also burnt off the country’s coast. In that instance, they avoided a serious environmental incident, but the country demanded millions of dollars for its fire fighting efforts. Criminal charges were also brought against the captain of the tanker, who later paid $65,000 in fines before he was permitted to leave the country. 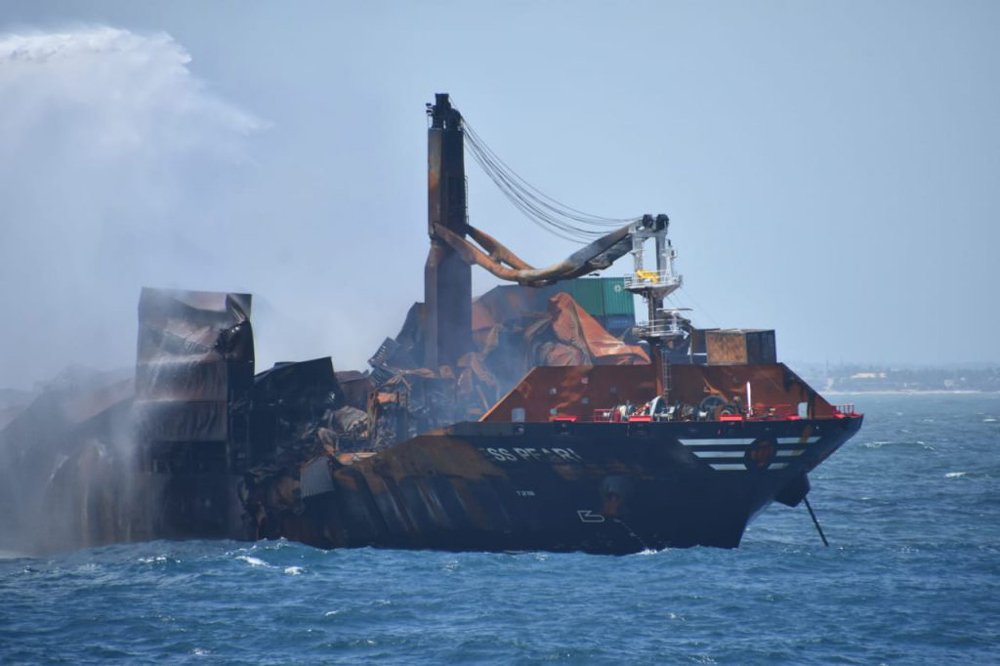