The Kincardine project, which was started in 2014, consists of five Vestas V164-9.5 MW and one V80-2 MW turbine, each installed on semi-submersible platforms. The water depth ranges between approximately 190 and 260 feet. The blade tip height for the turbines is 620 feet.

“The completion of Kincardine comes at a pivotal time in determining Scotland’s leadership in the floating offshore sector,” said Jaime Altolaguirre, KOWL Project Director for the Cobra Group, which is the principal investor in the project. “Kincardine Offshore Windfarm has shown that the largest and most advanced wind turbines available can be installed on floating platforms in the challenging North Sea environment. The project proves that floating wind can play a vital role in tackling climate change not only in Scotland and the U.K., but also around the world.” 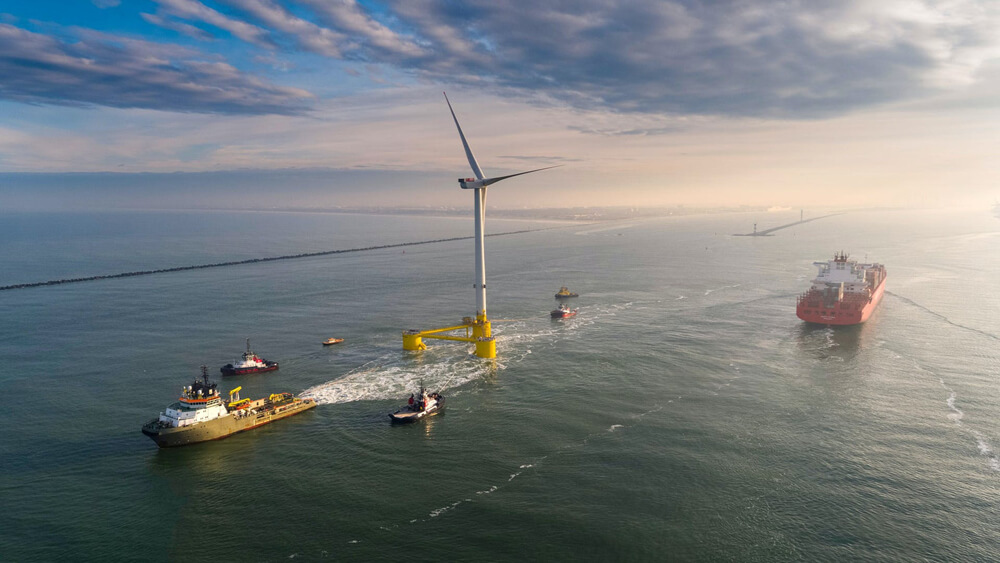 Kincardine will generate over 200 GWh of green electricity a year, enough renewable electricity to power more than 50.000 Scottish households. The companies also believe that it will serve as an important model for the future development of the offshore wind industry. The Kincardine project shows how boundaries of offshore wind technology are constantly being pushed forward and demonstrates the ability to install powerful wind turbines on floating substructures.

“With 80 percent of the world’s offshore wind resources in deepwater areas, floating technologies like the WindFloat open several new geographies to harness the boundless supply of clean energy,” said Aaron Smith, Chief Commercial Officer of Principle Power, designers of the semi-submersible platforms. “The UK has led the way in realizing the potential of floating wind and is now recognized globally as a key market for floating wind developments. Kincardine demonstrates the readiness of floating wind to support the government’s net zero ambitions ahead of the forthcoming lease awards in ScotWind, floating wind leasing rounds managed by Crown Estate Scotland.”