The drugs were interdicted in international waters of the Eastern Pacific Ocean off the coasts of Mexico, Central and South America and include contraband seized and recovered in over a dozen interdictions. The cocaine is worth around $348 million and the marijuana about $1.6 million.

The Hamilton’s crew, along with those of the other ships, conducted operations targeting transnational criminal organizations in conjunction with Joint Interagency Task Force-South, Department of Defense, Customs and Border Protection, Department of Justice, and a number of other Coast Guard aircraft, the Ecuadorian Coast Guard, and the Costa Rican Coast Guard. 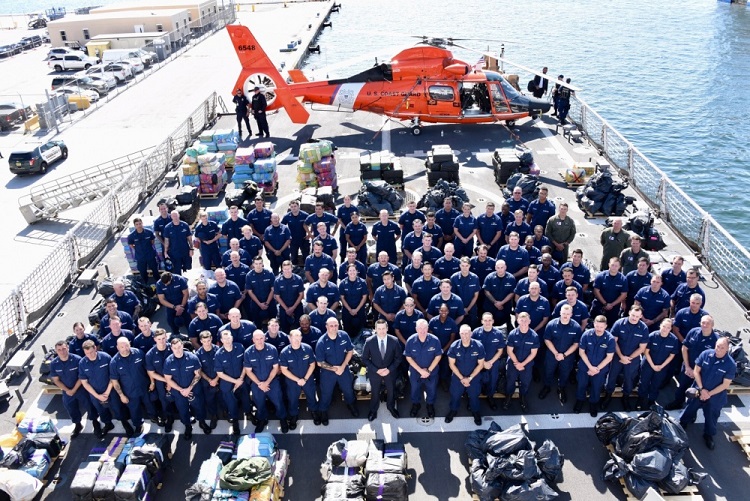