More than a century after the loss of the Endurance, the vessel transporting famed explorer Sir Ernest Shackleton to Antarctica in 1915, an expedition team announced today that they found and filmed the vessel. The wooden hull ship is preserved in the icy waters of the Weddell Sea at a depth of nearly 10,000 feet. The expedition, which was the second attempt to find the fabled vessel, set out from South Africa in February and was nearing the end of their search period when they announced the result.

“The Endurance22 expedition has reached its goal. We have made polar history with the discovery of Endurance, and successfully completed the world’s most challenging shipwreck search,” said Dr. John Shears, Expedition Leader. “We will shortly begin our return leg to Cape Town, after an expedition which it has been my great privilege and honor to lead.” 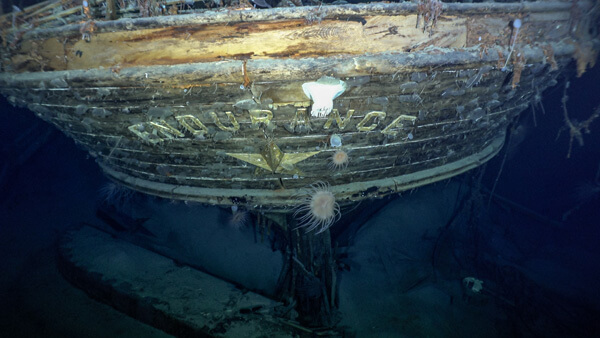 Sir Ernest Shackleton set out to achieve the first land crossing of Antarctica from the Weddell Sea via the South Pole to the Ross Sea. The team of 27 men departed in 1914 aboard the Endurance, a 144 foot long wooden three-masted barquentine built in Norway. They had attempted to ice strengthen the hull of the vessel which was 348 gross tons was outfitted with a coal-fired steam engine and sails. She was built of oak and Norwegian fir. To withstand the challenges of polar expedition her sides were between 18 and 30 inches thick, with added frames that were also enlarged for strength.

A party was landed at the Ross Sea that was assigned to establish supply posts for the expedition to support the crossing party. While they established the outposts three men succumb to the grueling conditions while Shackleton and the remainder of the crew proceeded to the Weddell Sea. The Endurance never reached land and became trapped in the dense pack ice, and after drifting helplessly the vessel began to break apart under the force of the ice. Shackleton abandon the ship and eventually the crew took up camp on the uninhabited, Elephant Island while Shackleton and five others then made an extraordinary 800?mile open?boat journey and overland trek to reach a whaling station at South Georgia. Shackleton then mounted a rescue of the men waiting on Elephant Island and bring them home without loss of life.

One hundred years after Shackleton’s death, Endurance was found in the Weddell Sea, within the search area defined by the expedition team before it departed from Cape Town and approximately four miles south of the position originally recorded by Shackleton's expedition. The wreck is protected as a Historic Site and Monument under the Antarctic Treaty, ensuring that while the wreck was being surveyed and filmed it was not be touched or disturbed in any way.

“We are overwhelmed by our good fortune in having located and captured images of Endurance. This is by far the finest wooden shipwreck I have ever seen. It is upright, well proud of the seabed, intact, and in a brilliant state of preservation. You can even see “Endurance” arced across the stern, directly below the taffrail,” said Mensun Bound, Director of Exploration on the expedition.

The multinational team of experts was working from the South African Antarctic Supply Vessel SA Agulhas II, using Saab’s Sabertooth hybrid underwater search vehicles. They departed Cape Town on February 5 and onboard the vessel were 43 local seafarers under Captain Knowledge Bengu who would provide critical support to the expedition team The team praised the skills of Captain Bengu, including his expertise that permitted the vessel to break free when it became trapped in the Weddell Sea near the position of the Endurance. Among the techniques used by the captain was rocking the vessel with its crane extended over the side of the vessel.

In addition, to locating the wreck, the team undertook important scientific research in a part of the world that directly affects the global climate and environment. “We conducted an unprecedented educational outreach program, with live broadcasting from on board, allowing new generations from around the world to engage with Endurance22 and become inspired by the amazing stories of polar exploration,’ said Shears.

The team of scientists from research and educational institutions successfully conducted hundreds of hours of climate change related studies over the duration of the expedition. Research was also conducted on the ice drifts, weather conditions of the Weddell Sea, studies of sea ice thickness, and mapping the sea ice from space. Combined, the studies will materially increase understanding of this remote region and how it influences global climate. 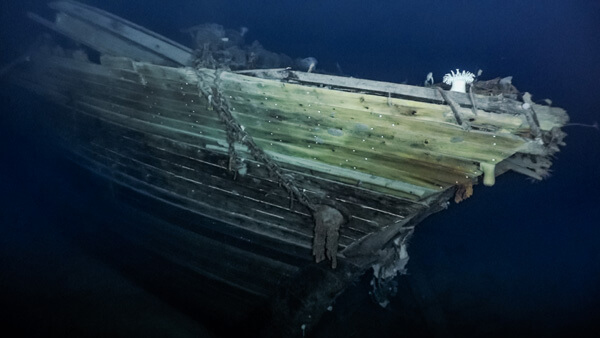