On July 18, crewmembers from the U.S. Coast Guard cutter Steadfast chased down a go-fast smuggling boat in a high speed chase and confiscated 2,300 pounds of cocaine. The suspects can be seen throwing part of their cargo over the side, but the Coast Guard boarding team's launch overtakes them before they can dispose of all of the bales.

The haul was just part of the 26,000 pounds that Steadfast seized during her most recent tour in the Eastern Pacific. On Friday, she returned to her home port of San Diego, California and offloaded the drugs onto the pier.

The U.S. Coast Guard maintains a strong presence in the Eastern Pacific and the Caribbean basin, which are known transit zones for cocaine shipments between Colombia and the lucrative North American market. According to the UN Office on Drugs and Crime, one kilo of cocaine costs about $2,200 wholesale at production labs in Colombia, $30,000 wholesale delivered to the United States, and about $165,000 or more at retail in American cities - an overall markup of about 7,000 percent.

This tremendous margin has attracted a booming illicit trade, which the Coast Guard has had considerable luck interdicting: In 2017, it seized about 445,000 pounds of cocaine worth an estimated $6 billion, an amount nearly equal to the agency's annual operating budget. 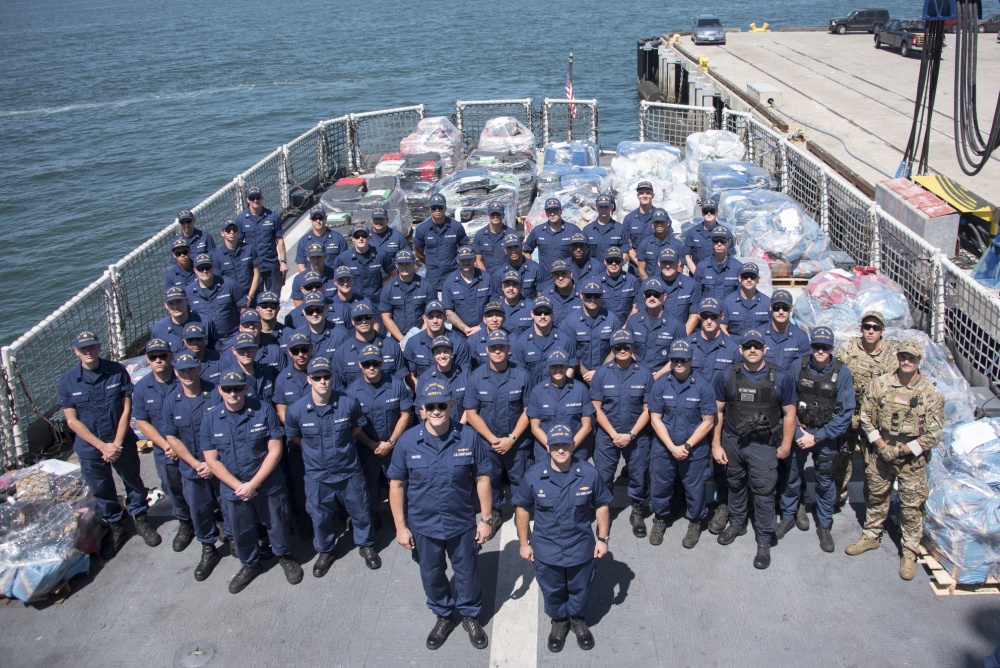 Steadfast's crew in front of the pallets of cocaine they seized, July 26, 2019 (USCG) 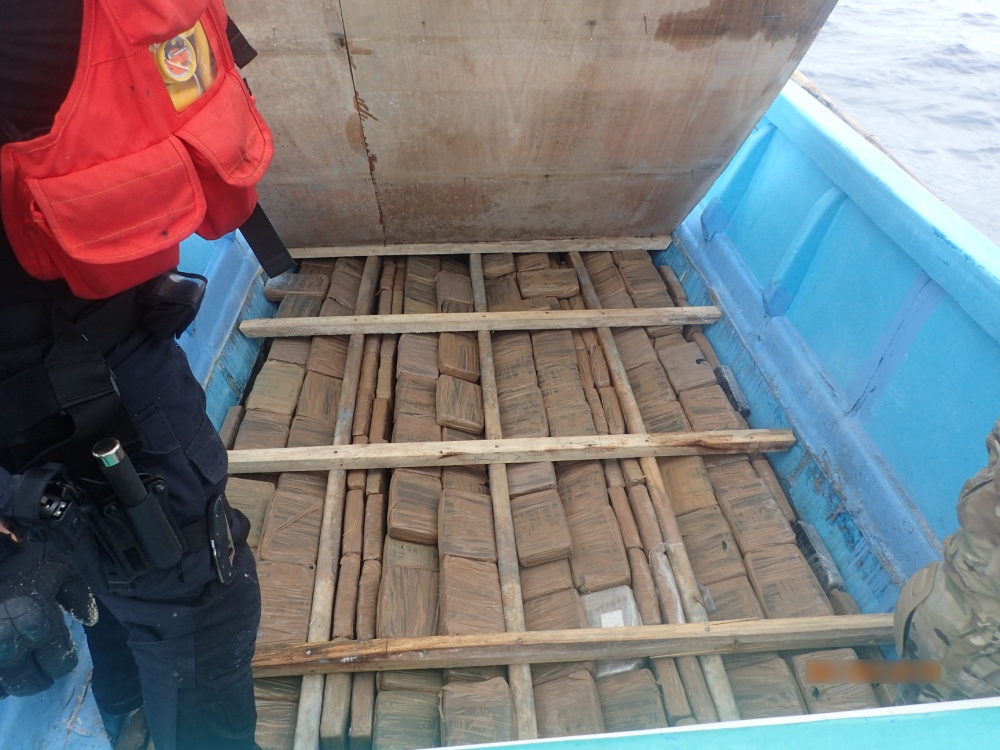 Steadfast crewmembers uncover a compartment concealing bales of cocaine beneath the floorboard of a panga, June 30, 2019 (USCG) 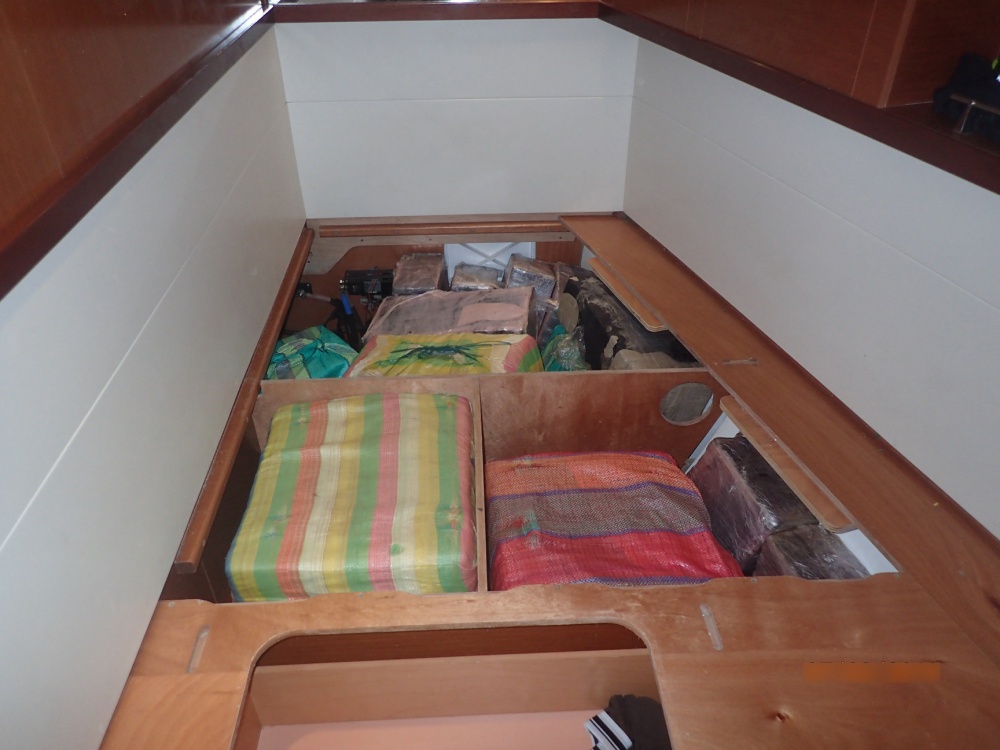