The salvage team working at the wreck site of the Golden Ray completed the removal of the stern section, known as Section Eight, of the vessel on Tuesday morning. The team had completed on January 2 the cutting of the second section of the wreck and proceeded to begin the lift placing the section on the barge for removal.

The St. Simons Sounds Incident Response command reports that the heavy lift vessel, the VB-10000, hoisted the section onto the barge on Monday. After that, the team needed to complete ballasting the barge and sea-fastening operations overnight. The barge was moved this morning to the Mayor’s Point Terminal where the section will undergo further sea-fastening before in begin the trip to a recycling facility in Louisiana.

At the same time, the on-water response teams began recovering oil released from the wreck during lifting operations.

“Due to this cut’s proximity to the engine room, we expected to encounter residual oil/petroleum products inside tanks, piping, and machinery which could not be accessed in the fuel removal phase of the response,” said Incident Commander Chris Graff of Gallagher Marine Systems.

The site is ringed by a protection barrier that was placed to prevent potential oil spills. Also, there are shoreline teams that are performing daily checks of the beaches and mark areas looking for debris or any other impact to the surrounding areas.

“What we observed during this operation is exactly why we have the protection barrier and a dynamic fleet of oil response vessels. The pollution response team has been refining their operations for months and that paid off with their swift response to the product released from the wreck during the lift,” said U.S. Coast Guard Commander Efren Lopez, Federal On-scene Coordinator

Commenting on the cutting operation the team highlighted that they had made progress in refining the process with the information learned during the first cut which was on the bow section of the vessel. They highlighted that this cut progressed much faster than the first cut and said that they expect to further refine the operation as they progress to the center sections of the wreck. 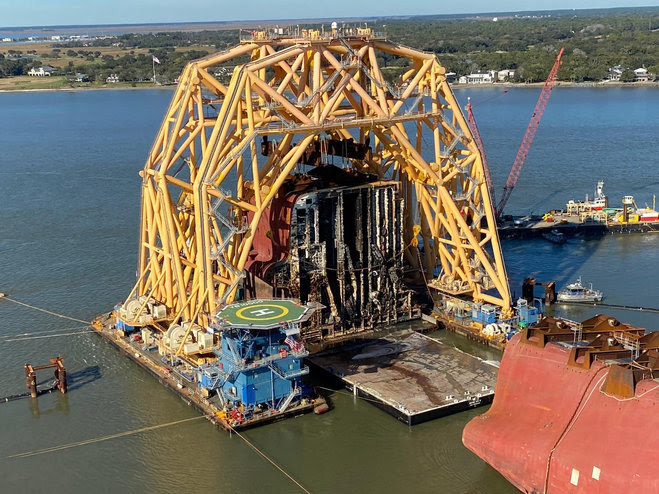 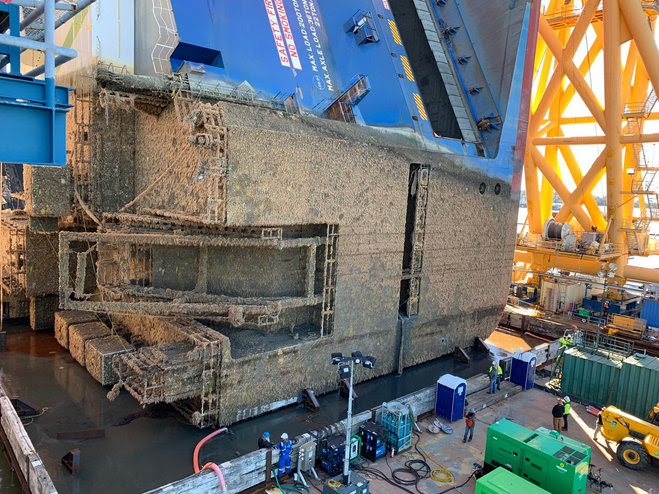 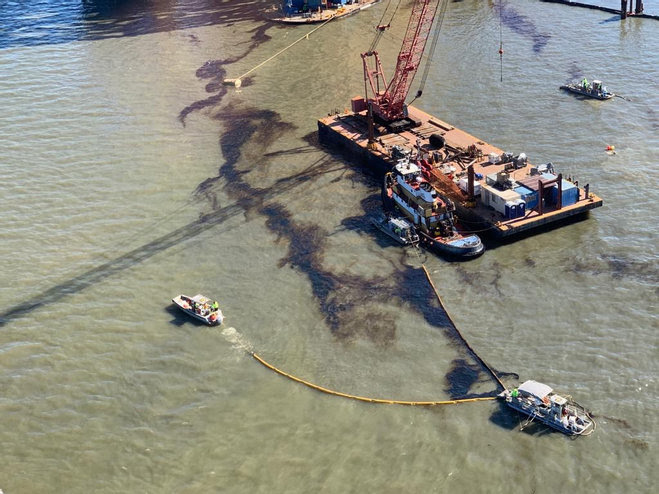