A prototype for the first commercial wing-in-ground effect vessel called a seaglider completed its first test flights. The demonstrations were carried out with a quarter-scale model in a series of flights in Narragansett Bay, Rhode Island, and are being called the “next great moment” in transportation by Regent a company working to commercialize the technology for regional travel.

Conceptualized more than 60 years ago, the wing-in-ground effect vehicle flies low (within one wingspan) over the water to take advantage of numerous aerodynamic and operational efficiencies. The company says that its test flights are the first time a vessel has successfully utilized three modes of maritime operation, floating, foiling, and flying, paving the way for the commercialization of the technology.

“Regent is the first team in history to overcome the deficiency of low wave tolerance with past designs by combining high-speed hydrofoils with ground-effect flight—a crucial innovation that will revolutionize coastal transit,” said Mike Klinker, Regent CTO and co-founder. “No vehicle in history can match the combined wave tolerance and speed of our seaglider.” 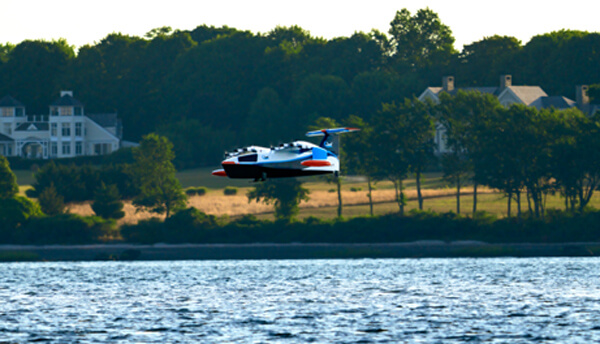 First flight of the prototype (Regent)

The Regent seaglider is an all-electric vessel that with current battery technology will achieve a range of up to 180 miles with an operating speed of 180 mph. The company expects future battery technologies will make flights up to 500 miles possible. The test flights were carried out on a prototype with an 18-foot wingspan.

The seaglider operates in three modes. From the dock, the vehicle first drives on its hull like a traditional boat. As it leaves the harbor area and speeds up, it rises on its hydrofoil, a maritime technology similar to what has been used by America’s Cup sailing competitions. The hydrofoil offers significant wave tolerance and a smooth ride as the seaglider leaves the harbor. Upon reaching open water, the seaglider takes flight, retracting the foil and accelerating up to cruise speed while staying within a wingspan of the water’s surface. Driving a seaglider is enabled by coupling advanced digital flight software with simple boat controls.

“There has not been a new mode of transportation since the helicopter,” said Billy Thalheimer, CEO and co-founder of Regent. “These successful flights give us full confidence in our ability to apply this technology at full scale and bring seagliders to global commercial service by 2025.”

Regent reports it already has orders for over 325 seagliders from both ferry companies and regional airlines with a $6 billion order backlog. Brittany Ferries, for example, announced it was exploring the vessels as the next generation of ferry service between the UK and France.

The demonstration flights were the final step in proving the feasibility of the seaglider technology. The company is now focused on developing its full-scale, 65-ft wingspan prototype with human-carrying sea trials expected to begin in 2024. 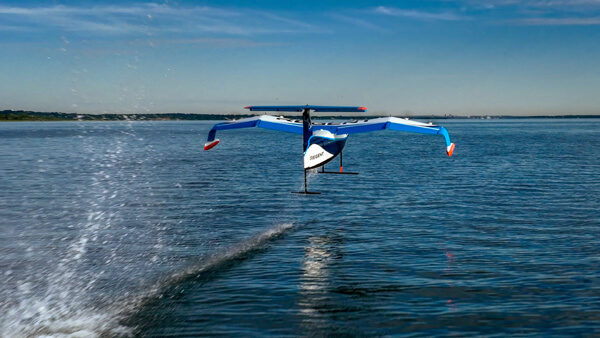