Efforts are continuing to monitor the wreck of the bulker Crimson Polaris as oil continues to leak from the vessel and overspread the area. The wood chip carrier grounded on August 11 and broke apart after the crew had been rescued.

The Japan Coast Guard and NYK Line, which had chartered the vessel, provided additional details on the accident and the efforts to contain the scope of the environmental damage. NYK reported that the vessel had 1,550 MT of heavy fuel oil aboard and an additional 130 MT of light oil when it grounded. So far, they have not determined how much oil has leaked from the ship after it broke apart early on August 12.

Initial reports said the oil slick had spread approximately three miles from the vessel and was more than half a mile wide. The Japan Coast Guard overflew the scene of the wreck providing video that shows the scope of the oil slick. Patrol boats are spraying dispersant on the oil while absorption mats have also been deployed. Oil recovery companies have been retained and were prepared to begin beach cleaning as the oil reaches the shore.

Despite the efforts, the oil slick appears to be spreading rapidly. End-of-day reports cited the slick as having reached up to 15 miles. The local fishermen in the area are also expressing concern as the squid fishing season was due to begin next month.

NYK reported that the bow of the Crimson Polaris remains firm on its anchor chains. There is no immediate fear of its sinking, but some concern has been raised that it might drag its anchors and possibly be washed out into deep water. The vessel split between the No 5 and 6 cargo hold. The stern section appears to have settled onto the seabed at approximately a 45-degree angle.

The Japan Coast Guard also provided additional details on the events leading up to the accident. The vessel reportedly grounded in the strong winds and rough seas as it approached the harbor at Hachinohe, Japan. The reports suggest that the vessel was able to free itself and move into deeper water, but was unable to navigate and dropped its anchors due to the weather. Initial reports indicated cracks had formed and NYK said an undetermined amount of the wood chip cargo had spilled. There were no reports of an oil leak before the vessel split.

A team of five was sent by NYK to the location to oversee the cleanup operations and coordinate with the ship’s owner and Japan Coast Guard. Their focus is on containing the environmental pollution while they are also working with salvage companies to determine a plan for the wreck. In the interim, they are continuing to monitor the behavior of the two sections looking for any indication that they are moving from their current position approximately two and a half miles off the coast. 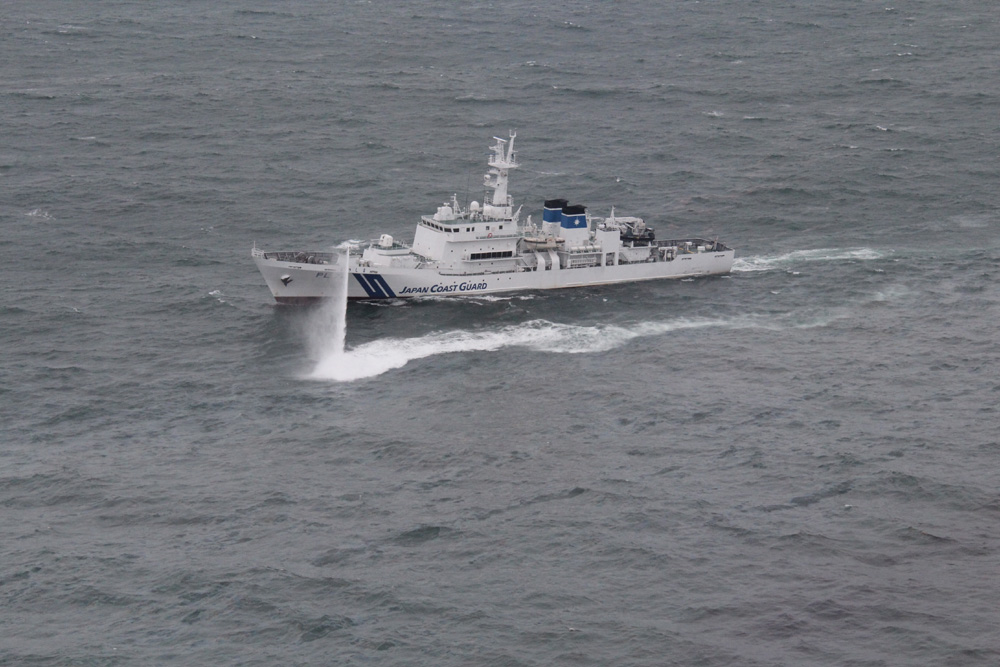