The Port of Baltimore received four of the largest cranes in the world that will help to double the container terminal’s capacity. Arriving at the port on September 9 after a two-month voyage from China, the last miles were among the most challenging as they carefully maneuvered the cranes with just feet of clearance under interstate highway bridges spanning the entrance to the harbor.

The new fully electric cranes were loaded aboard the heavy lift vessel Zhen Hua 24 for the voyage from China. According to details released by the U.S. Coast Guard for the navigation into the port, the cranes were standing 176 feet above the deck of the lift vessel, leaving just 10 feet of clearance at the William P. Lane, Jr. Memorial Bridges across the Chesapeake Bay and the Francis Scott Key Bridge across the Patapsco River Bay.

The navigation was further complicated because the cranes were extending over the sides of the lift vessel. The Coast Guard reported the total beam at approximately 489 feet with an extension of approximately 129 feet on the port side and approximately 228 feet on the starboard side.

CRANE UPDATE! ALL Bay Bridge traffic has been released. Ship has completed passage under the Bay Bridge. Up next, the Key Bridge around noon, dependent on ship's progress. #MDOTmoves #mdtraffic pic.twitter.com/7UASYrmiI1

CRANE UPDATE VOL. 2! ALL Key Bridge traffic has been released. Ship has completed passage under the bridge and is on its way to the @portofbalt. #MDOTmoves #mdtraffic pic.twitter.com/R1hbDkCM4Y

The Coast Guard placed special restrictions requiring the arrival to happen only with wind conditions of 25 knots or less in the harbor. Further, the vessel was only permitted to conduct the transit at low tide and further safety vehicle traffic across each of the bridges was suspended for up to 30 minutes during the transit.

The cranes arrived in the area on September 3, after 68 days at sea. However, due to the passage of Hurricane Ida the decision was made to hold the vessel offshore for four days until conditions improved for the delicate maneuver.

With spectators lining the shoreline and more than a few people holding their breath, the cranes completed the transit at mid-day. They are part of a significant expansion and improved efficiency for the container terminal’s operations. A total investment of $166 million in the terminal also included a second, 50-foot-deep berth and other upgrades to the equipment.

“The Port’s container business has grown impressively in recent years and is poised to grow even more with the addition of these new ultra-large cranes,” said Maryland Governor Larry Hogan, who joined Port and MDOT officials to view the cranes as they made the final leg of their journey. In 2020, the Port of Baltimore handled 628,132 TEU an increase of 144 percent over the past decade at the Seagirt terminal.

The new fully electric cranes when finally assembled and operational at the port will stand 450 feet tall and weigh about 1,740 tons. They are 25 feet taller and 190 tons heavier than the port’s first set of Neo-Panamax cranes that arrived in 2012. The new cranes can each extend to reach 23 containers across on a ship and lift 187,500 pounds of cargo. Ports America Chesapeake will test and prepare the cranes over the next few months, and they are expected to be fully operational in early 2022. 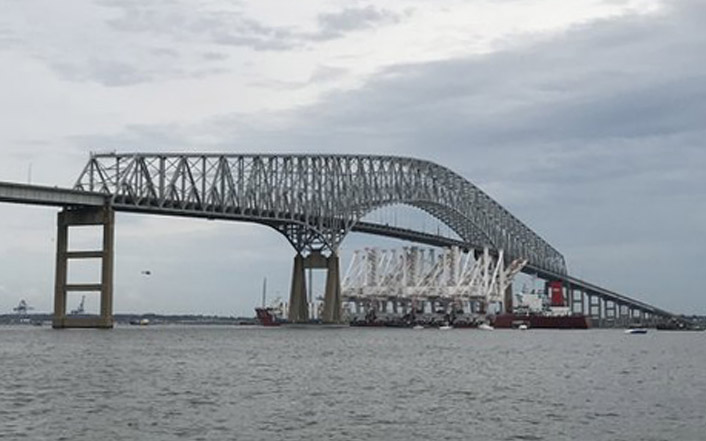 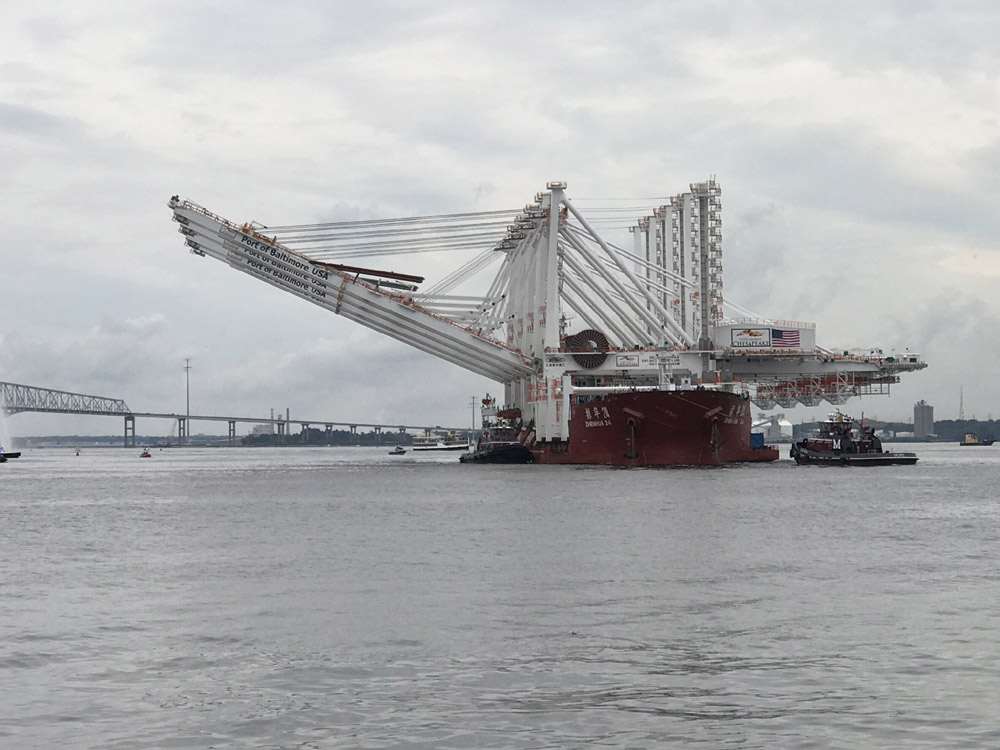 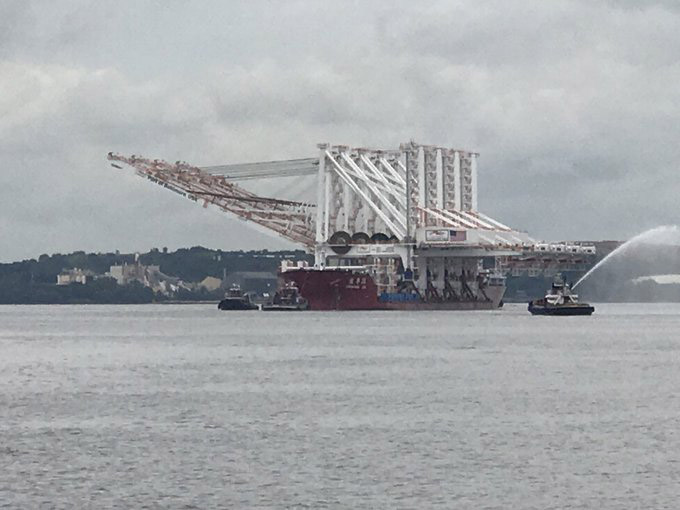