On Friday, the U.S. Coast Guard cutter Campbell returned to her homeport in Kittery, Maine, Friday after an 80-day counter-narcotics patrol in the Caribbean and the Eastern Pacific.

Campbell's crew intercepted six narcotic smuggling boats, seized about six tonnes of cocaine - worth more than $200 million - and detained two dozen suspected smugglers. Among other interdictions, the Campbell stopped a large low-profile go-fast boat on May 24 (image below). The Coast Guard says that it increasingly sees smugglers turning to semi-submersible boats and low-profile go-fast boats in order to evade detection. 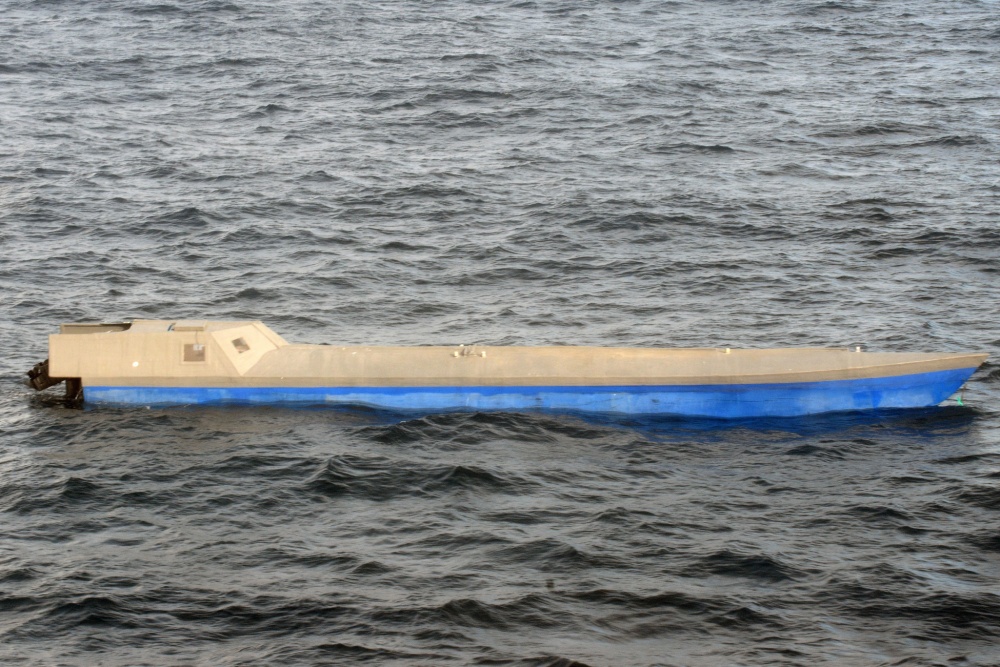 A low-profile drug-running boat intercepted by the Campbell, May 24 (USCG)

With an embarked MH-65 Dolphin helicopter crew from the Helicopter Interdiction Tactical Squadron (HITRON), the Campbell patrolled the high-traffic narcotic transit zones in the Eastern Pacific off the coast of Central and South America. In addition to interdictions, Campbell's crew also rescued three sea turtles found entangled in loose fishing gear (video below).

“During this challenging deployment, the crew excelled in all assigned missions and should be exceptionally proud of their accomplishments,” said Cmdr. Mark McDonnell, commanding officer of the Campbell. “Our efforts to integrate with partner agencies and nations are key to the safe and successful execution of these complex interdiction operations as we work together to remove cocaine bound for the United States."

The patrol was conducted as part of Joint Interagency Task Force-South, which combines the efforts of international and inter-agency partners to disrupt the activities of transnational criminal organizations. The large shipments of cocaine transiting northwards from South America come almost exclusively from Colombia, according to Coast Guard Commandant Adm. Paul Zukunft. Multiple economic and political factors within the South American nation favor cocaine production, and Colombia's cultivated coca acreage has doubled since 2012.