It took nearly two years of planning and engineering, but Jumbo Maritime recently completed one of the largest and most complex heavy lift projects. It involved lifting a 1435-ton shiploader, measuring over 440 feet by 82 feet by 141 feet, from Vietnam to Canada for the machine’s manufacturer Tenova.

Planning for the project included a loading simulation to map out the intricate steps to lift and position the structure aboard the heavy lift vessel for the voyage across the Pacific. The vessel for the job was the Jumbo Kinetic, a K-class vessel with a 3,000-ton dual lifting capacity. The test came when they were ready to load the super-heavy shiploader onboard.

Based on the size of the unit and the length of its boom, loading this shiploader at Phu My Port, Vietnam was a formidable task, but the dual lift went without a hitch. With stage one of the lifting operation complete, the next step was to temporarily suspend the unit above the deck so that the boom could be retracted to change the center of gravity position. This enabled the vessel’s team to re-rig and then perform a single lift to shift the shiploader to its final stowage position where it could be secured for the sea voyage to Vancouver. 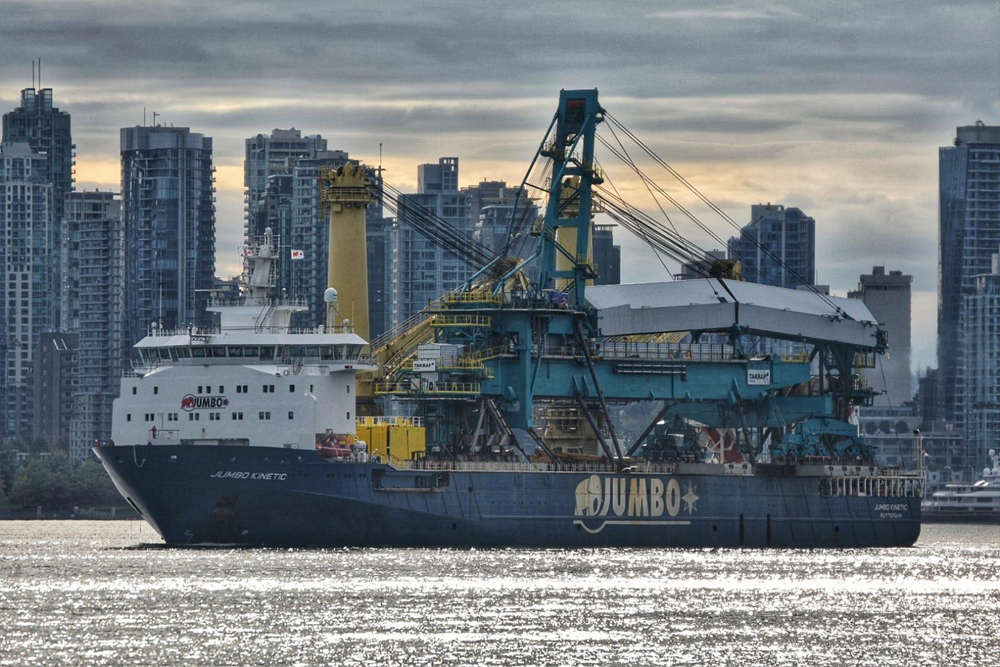 After a 20-day ocean voyage, the Jumbo Kinetic arrived at the Neptune terminal in Vancouver, and discharge operations got underway. If the engineering work at Phu My Port was not already impressive enough, the offloading operations required the team to discharge the shiploader while it was half suspended over the water.

The shiploader was steadily maneuvered onto the pivot point at the quayside and onto the semi-circle shaped rails above the water. Now in its final position at the Neptune Bulk Terminals in North Vancouver. 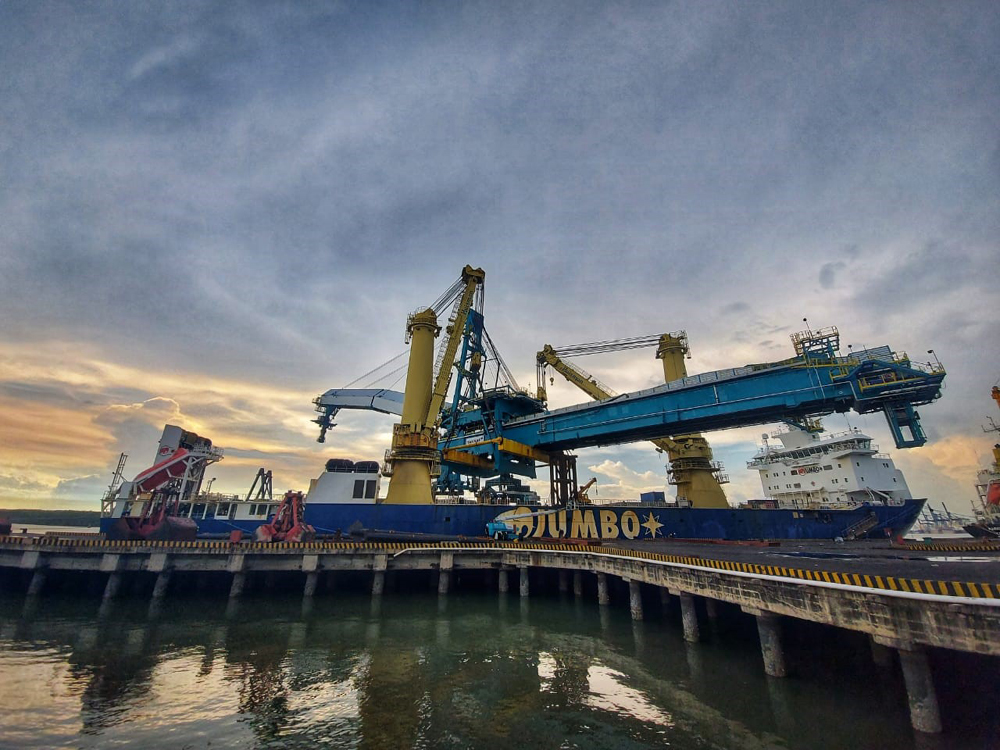 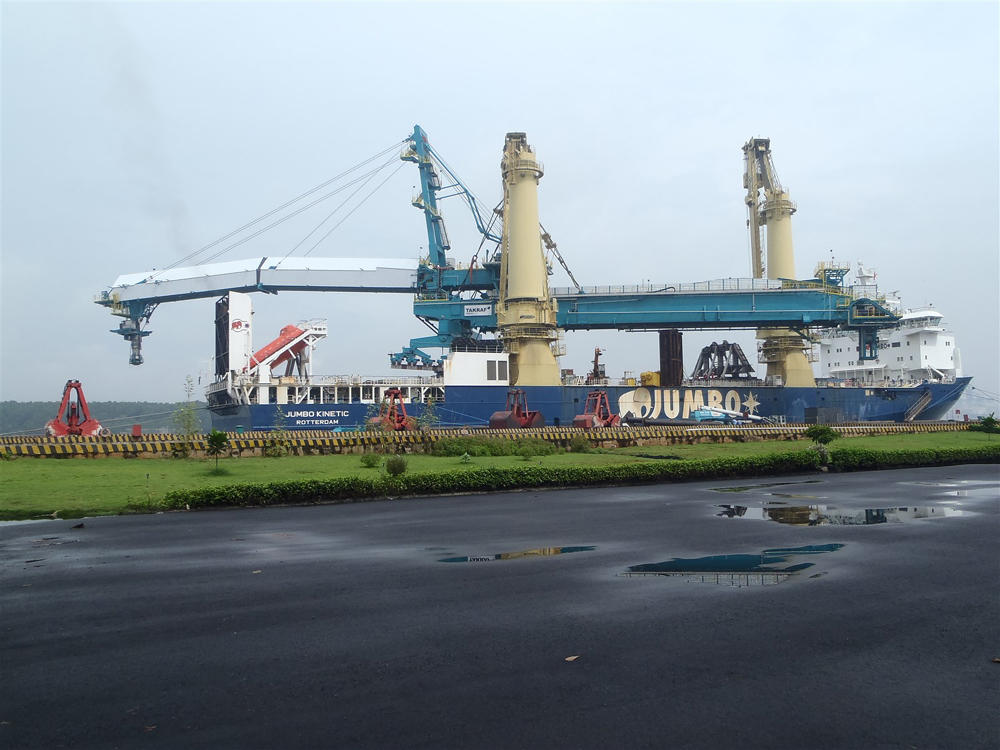