USCG's Sharpshooters Celebrate 20 Years and $20B in Seizures

On August 16, 1999, the first Jacksonville-based HITRON-10 unit made its first drug interdiction by shooting out the outboard motors of a go-fast boat. This intercept strategy has been enormously successful: over the years since, HITRON has stopped over $20 billion worth of narcotics, including 530 tonnes of cocaine and nearly 30 tonnes of marijuana. It has made over 500 successful interdictions and enabled the arrest of more than 2,100 suspected smugglers.

Today, the HITRON squadron at Jacksonville has 200 personnel and deploys as needed for the Coast Guard's interdiction missions. Cutter-based units operating in the Caribbean and Eastern Pacific have had plenty of targets due to the uptick in Colombian cocaine shipments. 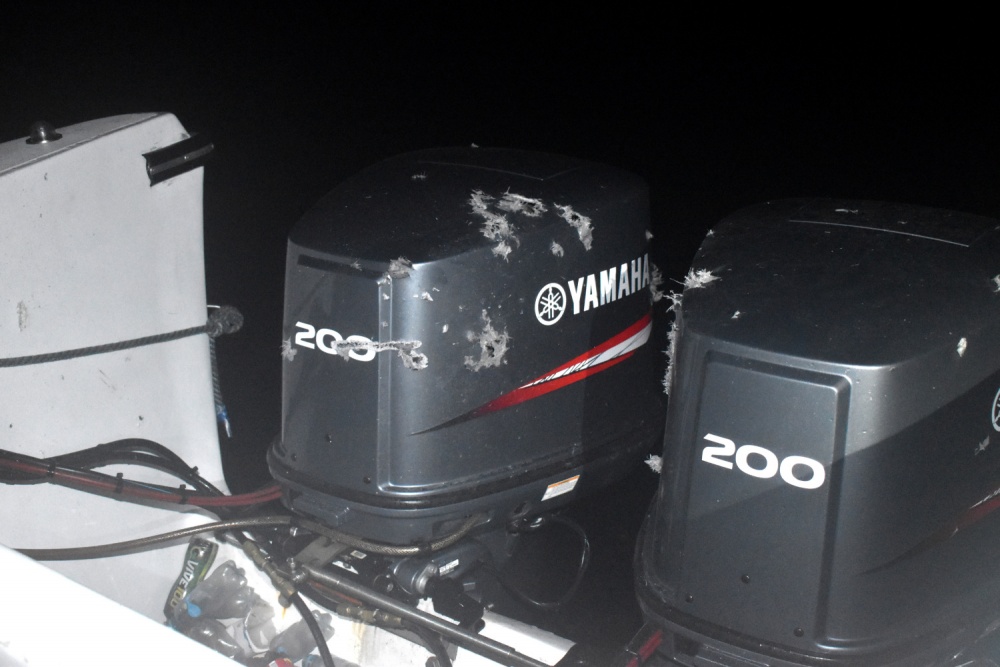 Damaged outboards on a go-fast boat after a HITRON interdiction in the Eastern Pacific, June 25, 2019 (USCG)