The U.S. Navy commissioned the expeditionary sea base USS Lewis B. Puller at Khalifa bin Salman Port in Al Hidd, Bahrain, on Thursday.

The commissioning was the official redesignation of  the civilian-manned expeditionary sea base USNS Lewis B. Puller (ESB 3) into a warship. The 784-foot forward staging base-variant of the mobile landing platform, was delivered to the Navy in 2015 and has operated under Military Sealift Command since then. 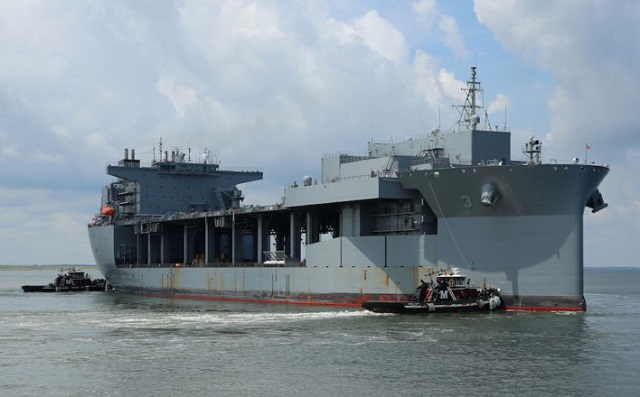 USS Lewis B. Puller will replace Afloat Forward Staging Base (Interim) USS Ponce which was able to stage people and equipment in support of multiple maritime missions in the 5th Fleet area of operations. Now, USS Lewis B. Puller will serve as the first ship built specifically for the purpose of serving as an afloat expeditionary sea base. The newly-commissioned platform will support TF 51/5’s diverse missions that include crisis response, airborne mine countermeasures, counter-piracy operations, maritime security operations and humanitarian aid/disaster relief missions.

As the security environment has become faster paced, more complex and increasingly competitive, the U.S. Navy sees a growing need to station more diverse and capable warships around the globe. “Redesignating USNS Lewis B. Puller as a commissioned warship will allow the Navy greater operational flexibility and provide critical support to TF 51/5's joint forces at sea, from the sea and ashore to meet potential threats in the 5th Fleet area of operations,” said the Navy in a statement. 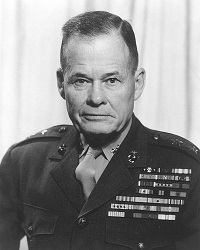 The USS Lewis B. Puller is the second ship to bear the name of Lt. Gen. Lewis Burwell “Chesty” Puller, a distinguished combat veteran of World War II and the Korean War. Puller is the only Marine to have been awarded the Navy Cross on five separate occasions and is the most decorated individual in the history of the U.S. Marine Corps.

The first Lewis B. Puller (FFG 23), an Oliver Hazard Perry-class guided-missile frigate, served from 1982-1998, and was then transferred to the Egyptian Navy and renamed Toushka (F.906).

“The name Gen. Lewis “Chesty” B. Puller is synonymous with heroism and service,” said Richard V. Spencer, Secretary of the Navy. “His example lives not just in every Marine but in every service member who faithfully serves our nation. Today’s commissioning of USS Lewis B. Puller continues that legacy, and I know those who will serve on this ship will serve our nation with the same dedication as Chesty Puller.” 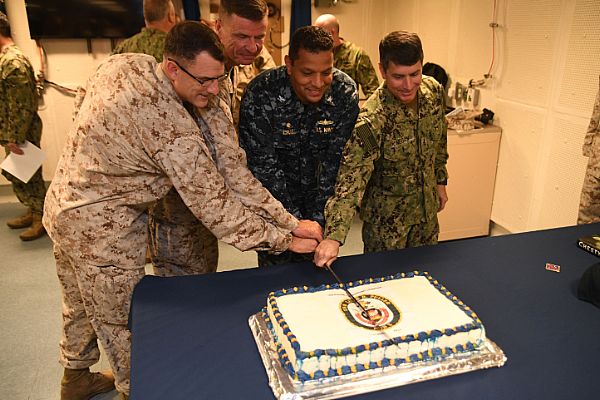