The U.S Navy has tested out a new way of rearming its warships with a trial vertical launch system (VLS) reload in San Diego.

In a test evolution, the crane-equipped OSV Ocean Valor conducted a VLS reload with guided-missile destroyer USS Spruance, an exercise intended to prove out a new way to reload guided missile destroyers in sheltered waters. Sailors aboard the Arleigh Burke-class destroyer successfully lowered training ordnance into the ship’s forward VLS cells in a proof-of-concept evolution.

The demonstration is the first time the Navy has tested VLS reloading from an offshore support vessel. Ocean Valor is an MSC-contracted offshore supply vessel designated as a "fleet experimentation vessel," and photos show that she has been recently equipped with a substantial crane on her back deck. 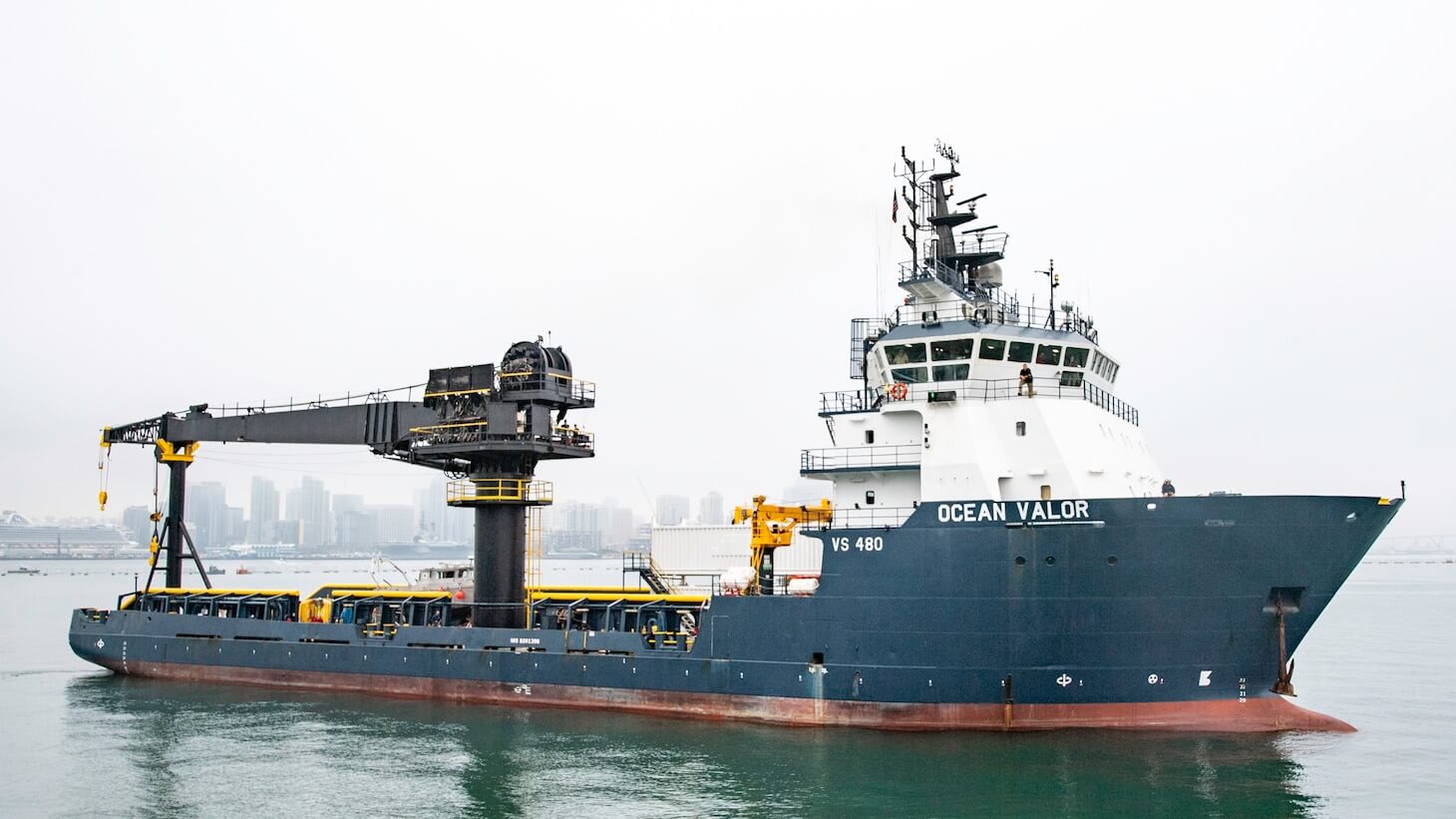 The exercise was aimed at proving that an OSV can reload the weapons system pierside, with the goal of expanding the capability of VLS reloading in expeditionary environments. The launch system reload has been tested previously in 2016 and 2019 using other MSC vessels but has never been tested using a relatively small OSV as the delivery platform.

A VLS reload alongside the pier is substantially less challenging than a VLS reload in an open seas, underway replenishment scenario. Previous Chief of Naval Operations Adm. John Richardson signaled an interest in bringing back underway VLS replenishment in 2017, but the operation has rarely been performed in practice - even on Ticonderoga-class cruisers, which were designed with this evolution in mind.

China's PLA Navy has experimented extensively with the use of state-owned merchant ships to replenish surface combatants, including the development of portable and removable UNREPS systems.