On January 30, the U.S. Navy cruiser USS Philippine Sea intercepted a shipment of more than 275 kilos of suspected heroin from a stateless dhow in the northern Arabian Sea.

After a search, seven bags of suspected narcotics were seized and tested, and were found to contain heroin worth an estimated $2.9 million at wholesale. This seizure - conducted in support of the Combined Maritime Force's Combined Task Force (CTF) 150, marks the seventh CMF drug seizure since last October.

To reduce the risk of contracting and spreading COVID-19, the boarding team took precautionary measures during and after the boarding, including decontamination of all seized contraband. 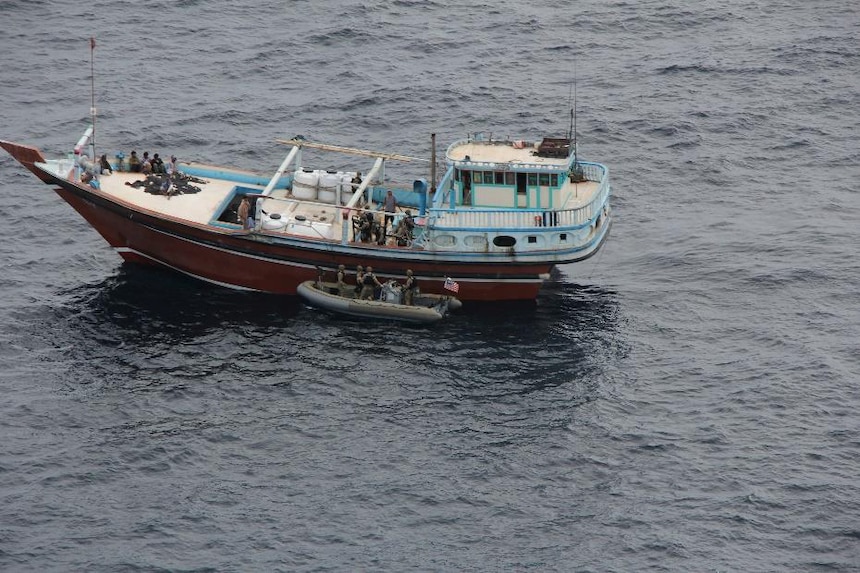 CTF-150 conducts maritime security operations outside the Persian Gulf to disrupt criminal and terrorist organizations. The international unit is currently commanded by the Royal Canadian Navy, which is leading the task force for its fifth time.

The latest seizure marks a string of sucessful interdictions for U.S. Navy vessels operating under the CMF construct. In early December, the guided-missile destroyer USS Ralph Johnson intercepted a shipment of more than 900 kilos of narcotics from a stateless dhow in the Arabian Sea.

French and British forces have also played a significant role. In mid-November, the French frigate Floréal captured 450 kilos of methamphetamine and 365 kilos of heroin during a boarding in the Northern Indian Ocean. Floréal also seized more than $8 million worth of hashish on the Arabian Sea’s "Hash Highway" in early November. In mid-October, the Royal Navy frigate HMS Montrose seized 460 kilos of methamphetamine, setting a new record for the task force.

Narcotics trafficking in the Arabian Sea often serves as a revenue-generating operation for terrorist networks, and it is a top priority for CTF-150.